After a long hiatus, Gerakan Belia 4B Selangor had decided to do one of their ,much anticipated  Drift Akademi sessions in Bukit Jalil yesterday ( Sunday). Team WHAT which consist of Leong, Jenshen,Barry,Korlow,Leon, Kong, Cheaka and I were there to join in the fun and basically hang out. 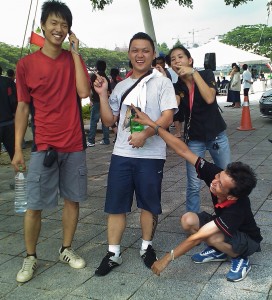 A total of 30 drifters had taken part in  the session which was incidentally  free of chrage, courtesy from the Ministry of Youth and Sports, with the help of the Belia 4B .Needless to say it was non stop drifting from 10am-7pm that day!!! 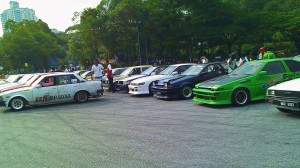 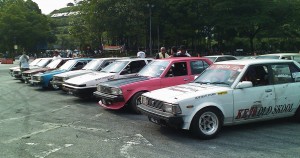 The Feint0-D team were there too, in full force ,to support the event.. 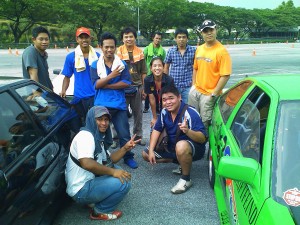 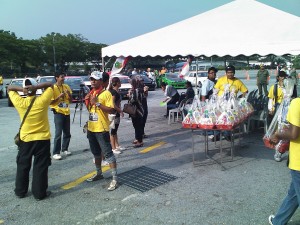 The drifters were also treated to a Para-gliding demo by two dare devils that braved the strong winds that day!! 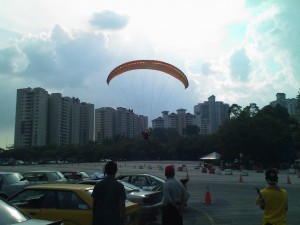 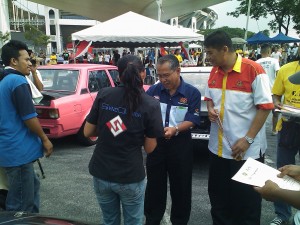 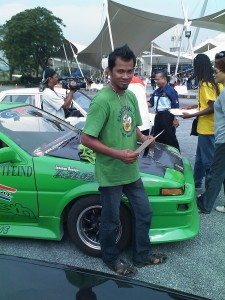 It great to have the Goverment to finally recognise  and lend its support to this  of sport.  Please watch this space for more up coming events!!

We were invited to Feinto-D’s BBQ last Saturday . Held at Wan Boss’s pad,the place was littered with AE86s.. couldn’t take many pictures as all I had was my camera phone. 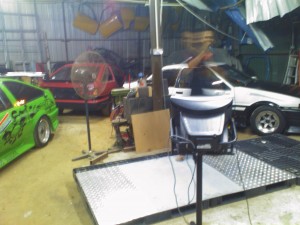 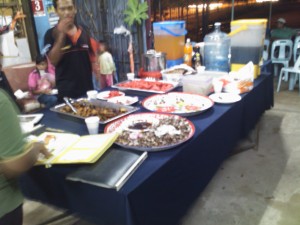 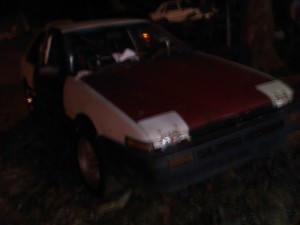 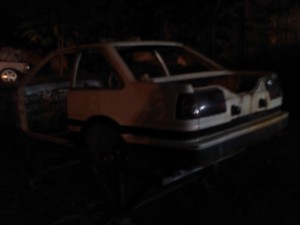 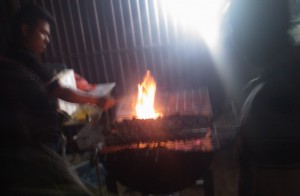 ..and a flamming BBQ pit..what more can I ask for?

My apologies for not posting this up sooner but as they say ; better late than never 😛

In conjunction with the UITM Automech 2009, Feinto D and Sync Optima were commissioned by the Mechanical Engineering faculty to organise and manage their drift session held at the Padang Kawad in their Shah Alam campus ground. With over 60 drifters participating, the drift action was non stop till the end of the day!! Here are some of the photos.. 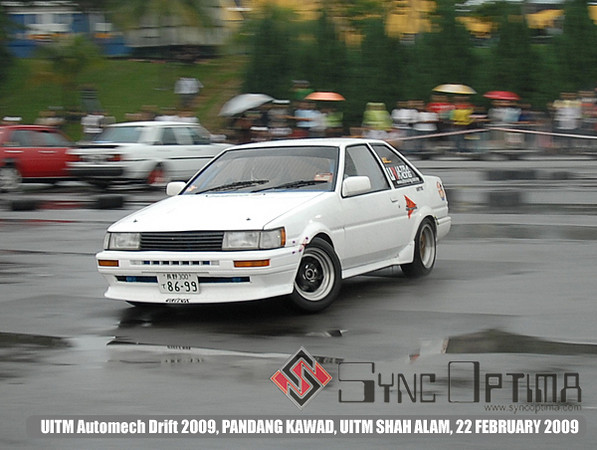 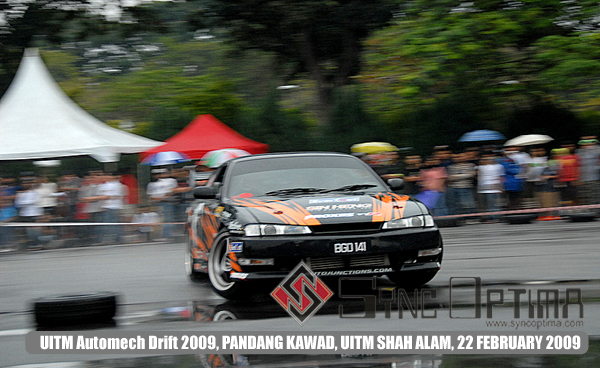 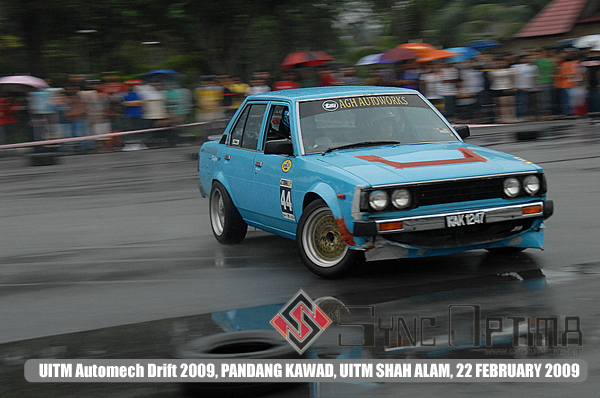 Cheaka and I were in Autopolis in late 2005 while working with AFOS. Located on a  mountain top , in the middle of Aso Kujiyu National Park, Autopolis was bulit on one of the most remote places in Japan. The closes village to the track is called Kamitsue which is located at the foot of the hill. It takes about 45 mins of normal driving pace to negotiate the twisty road up to the track . This is where Hiro is from. He works at the track and everyday he commutes to the track and back on his trusty ole Hatchiroku. 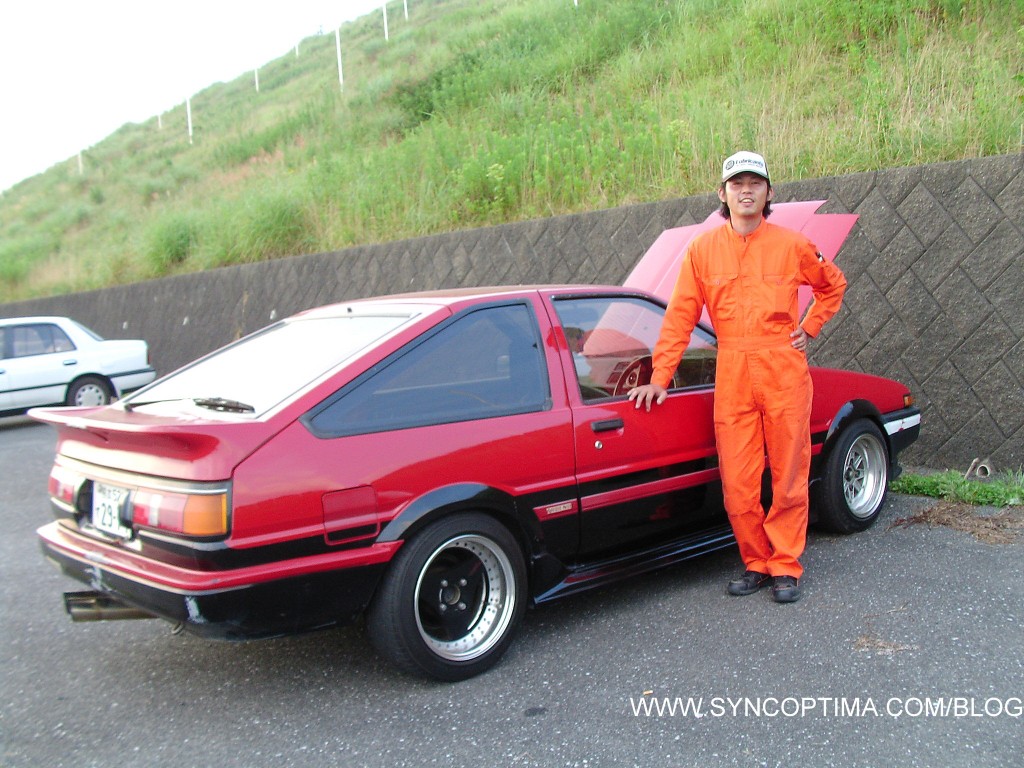 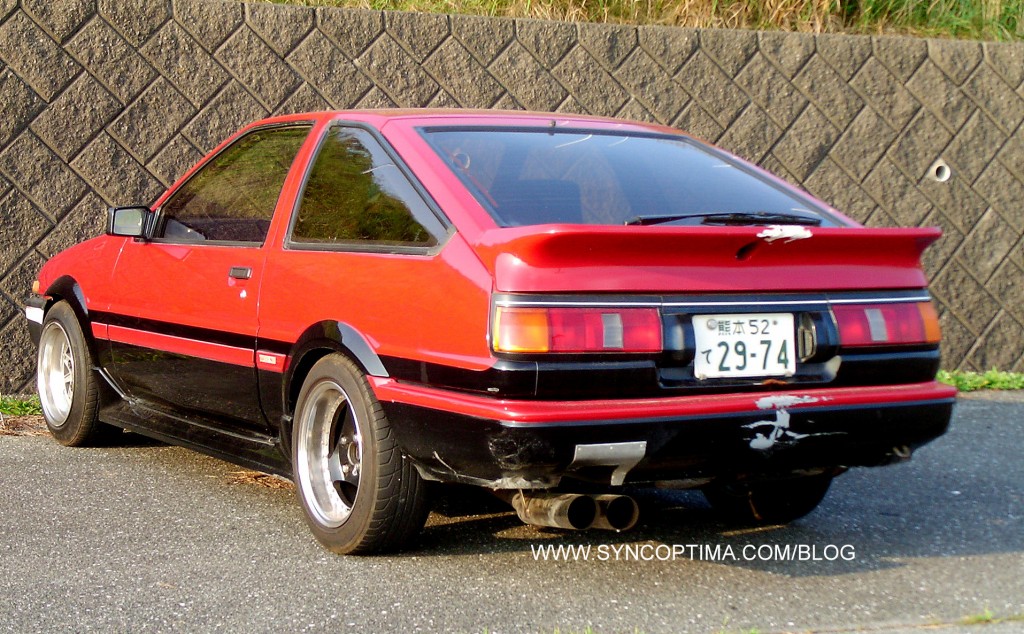 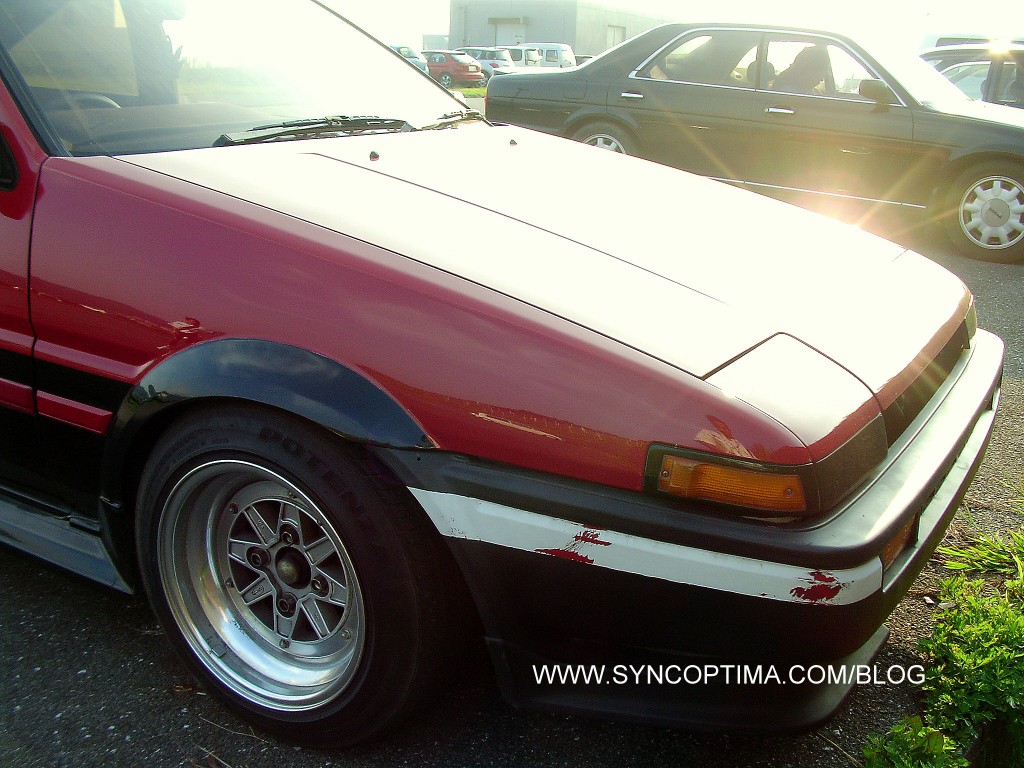 With matching front bumper..a stock bumper will do for now 🙂 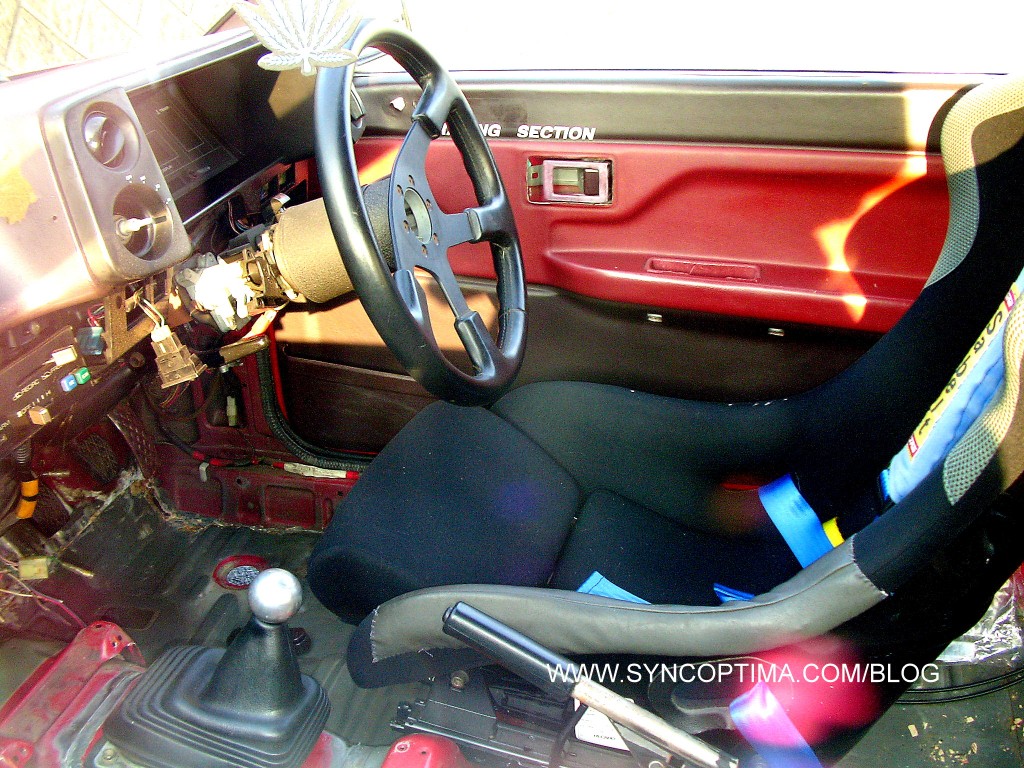 The interior was stripped to the minimum  for lightness. 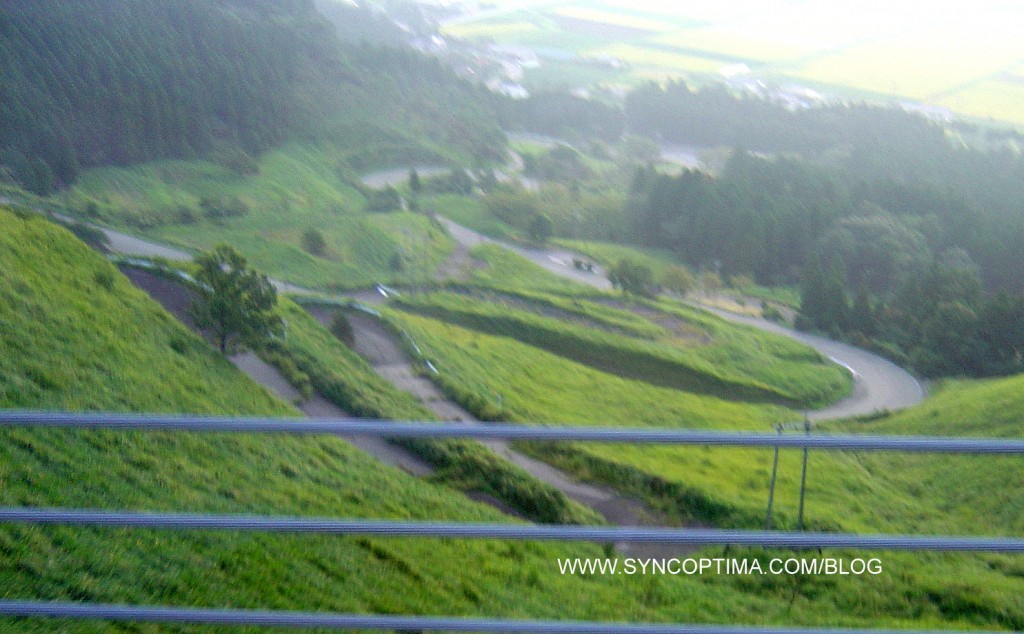 Hiro has been drifting for over ten years, staying so close to such awesome roads , it doesn’t suprises me but what got  me was  that he has never once competed in a drift competition and is not intending to in the future. To him, drifting is a personal thing and he has nothing to prove by joining competitions. He told me that in the earlier years ,he use to meet up with other drifters at the entrance of the track every night and go down hill drifting but now drifting has become such a normality  that it isn’t such an ‘occasion’ whenever  he does it . He does it all the time  ..

Well he did take me for a ride that night. He picked me up from the hotel and we took a slow drive up hill. Being almost stock,  the AE86 was a tad  underpowered to be drifted up hill but I suspect, also,  the reason being he didnt bother to do it was  it might be  considered too easy for someone with his skills and experience. He didnt exactly say this as he just said the it was not ‘exciting’. Anyway when we reached the top, he did a quick figure 8 to warm up the tyres and proceeded to attack the course.  He knows the roads like the back of his hand..his entry speed into the blind corners were suicidal.It was  full throttle all the way, mostly on third and fourth gear. Hardly using the handbrake, Hiro drifted all the corners like he had a death wish. The authorities had placed rubber batons on the center of the roads on certain corners, making the road  narrower  in order to discourage  drifting but this had no effect on him; he just simply drifted  through them . What was impressive was the speed that he was doing it at. I have to admit he did sacred the sh#*t out of me at the beginning but towards the end I was just awe struck. So much so that I didn’t take any pictures that night.’ Besides it was just  too dark’  is my consolation :p

Anyway, the trip had totally changed my perspective on drifting as my only exposure to drifting outside Malaysia was what we see  only on the DVDs we get here..I knew there was more to drifting then doing a rodeo!!! 🙂