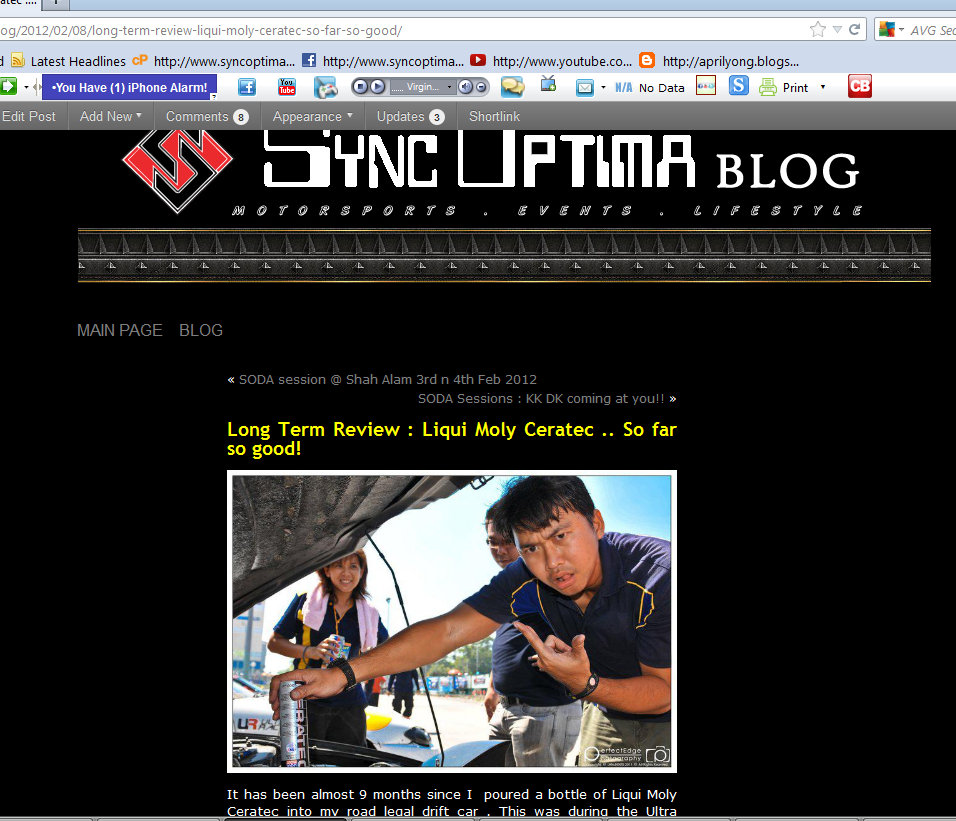 Finally after having Liqui Moly’s Ceratec added in my Silvia S13 on 6th May 2011 , one year and 9 days later , I had decided to do an oil change!!

Though not being a daily driver , this S13 had clocked over 4,000 km of hard driving  since the Ceratec additive was poured in .This includes, 2 track days in Sepang, 5 drift sessions , 1 drift competition and 3 autocross/gymkhana events and of course the commute through and fro to the events! In all honesty, this is not the norm as I usually schedule  my oil change based on number of events, which is 2 events for my competition cars  or  on every 6th month for those  road cars that is hardly driven. 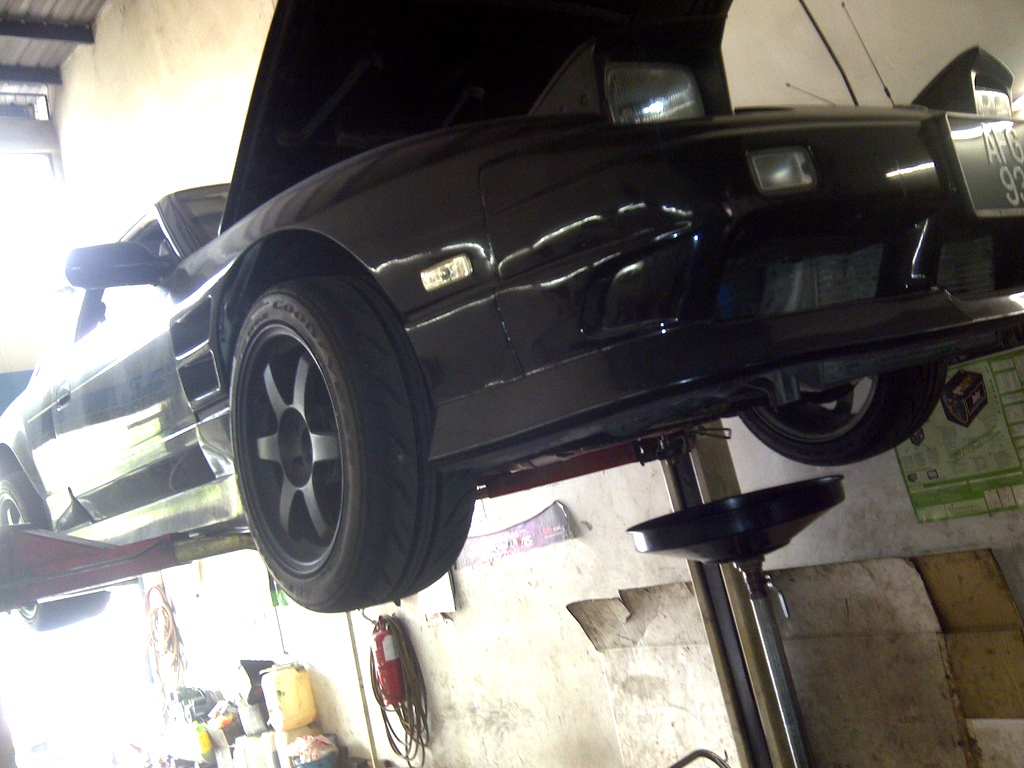 Despite the abuse the lubricant had gone through, there weren’t any  noticible drop of the oil’s preformance which I base it on;  oil tempreture, smoothness of engine during acceleration and quietness of the  engine at idling.

So we got the car up the hoist and proceeded to drain the oil. 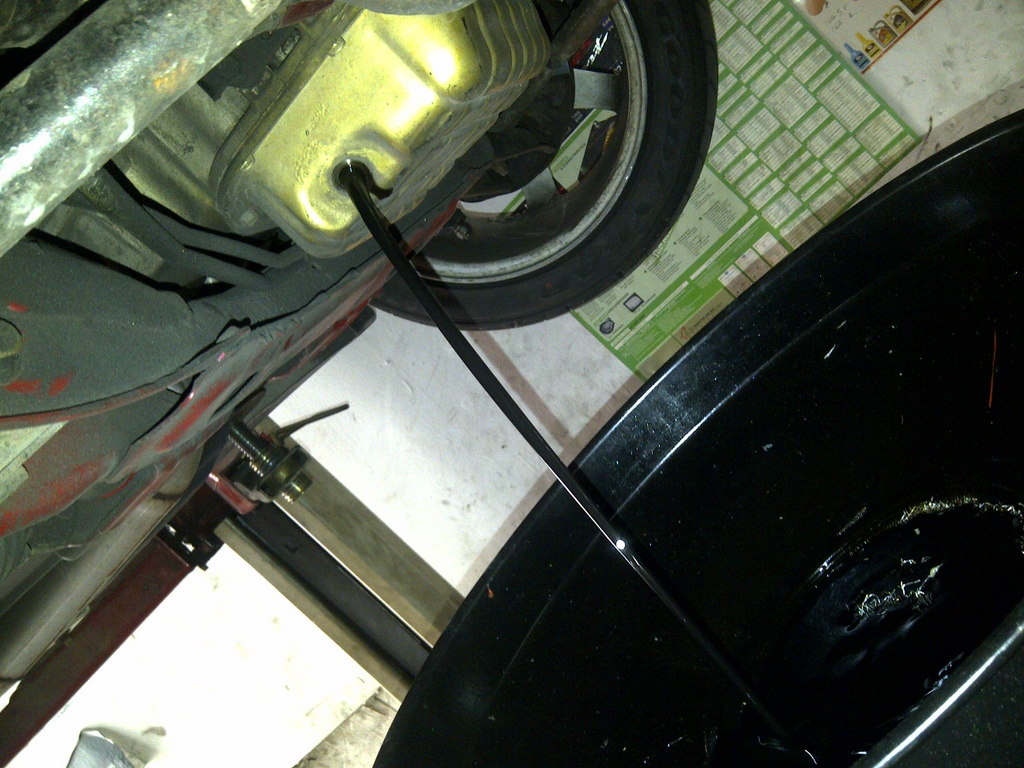 Though expected , it was still shocking to see the oil that  came out looked almost like black paint!! 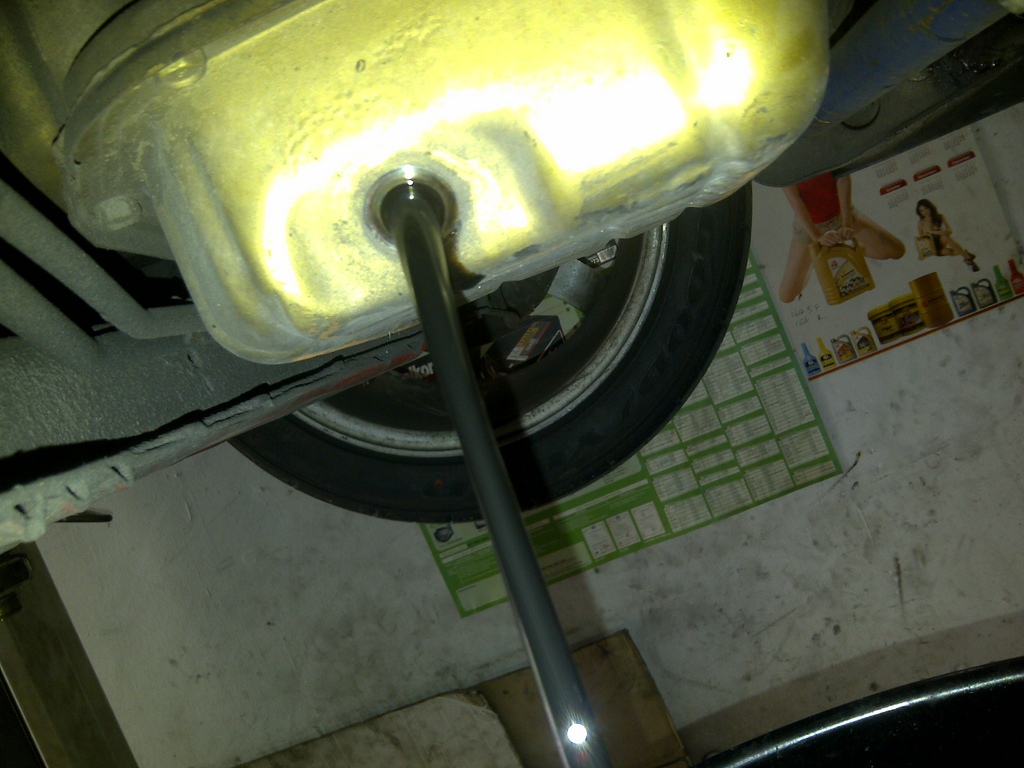 Amusingly ,this caused a fair bit of commotion among the people at the shop.  Anyway, with the engine oil drained, the oil filter was replaced , a fresh can of synthetic engine oil was poured in and I was good to go.

Ceratec is said to be able to last for at least 4 oil changes once the additive had bonded with the internal engine components. So I was eager to see if there were any noticable differences and proceeded to test the car on the way back home. The first thing I looked at was the oil temperature  ; The oil temperature readings remained similar to the water temperature and were just a couple of degrees higher than than water after pushing the car a fair bit! This is one characteristic which I found unique when using Ceratec as I usually run on a higher oil tempreture as compared to water. I did not detect any changes of smoothness of engine and the car idled the same as before the oil change.  Please with the result , I headed home and planned to use the car again for an up coming autocross event  the following  weekend, unknowingly  which turned out to be the real test for the Ceratec Oil additive! 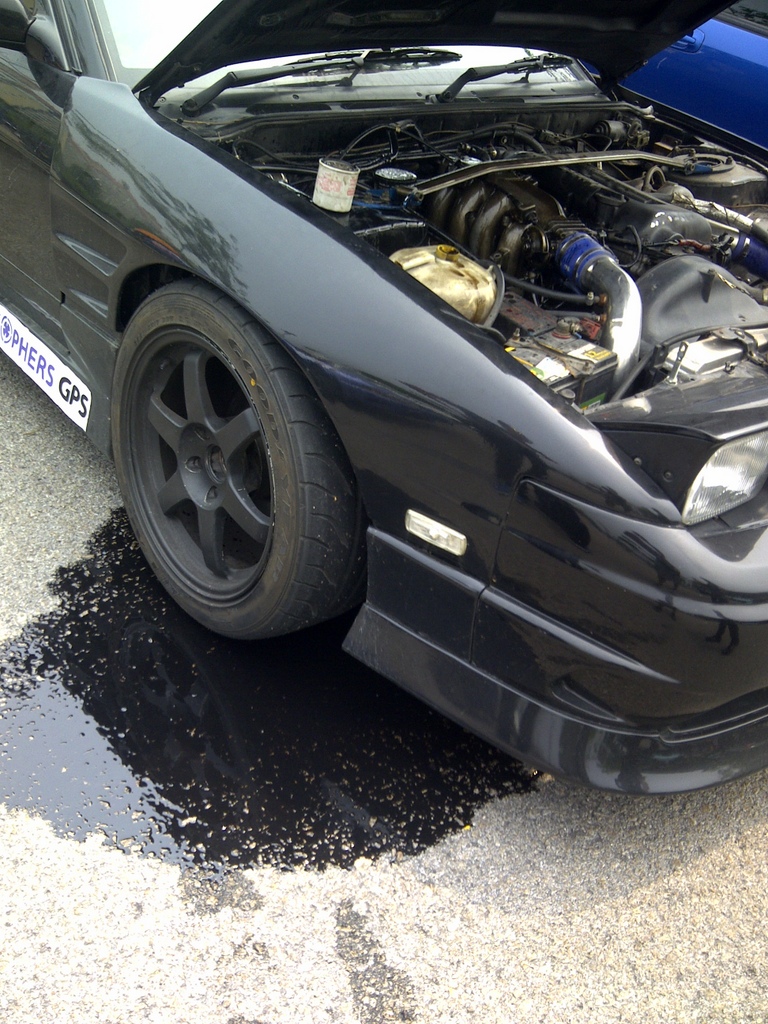 On that weekend ,I took a slow drive to the location  of the event and  while warming up the car prior to  my run, I had decided to adjust my shift light and proceeded to rev the engine to set the limit. A saw a puff of smoke coming out of the engine bay when I lifted off the throttle and thought that the car had suddenly develop a bit of blow by from the idling it had done and didn’t pay much attention to it.With the air condition on and stereo playing, I begin heard  loud rattling noises . As there were a few cars around me, all warming up their engines prior to their runs, I had thought that it must have came from one of the other cars. Yes..I’m an idiot…anyway a least 2 minutes had passed when suddenly I saw Jane running up to me ,telling me to kill the engine!! It was then I had realised that the noise had actually came from my car. Popping the hood , revealed that the oil filter had came undone causing the engine oil to splash out out all  over the engine. What caused this is another story all together but I was truly devastated at the  thought of an expensive engine rebuild , as posted on my  page. 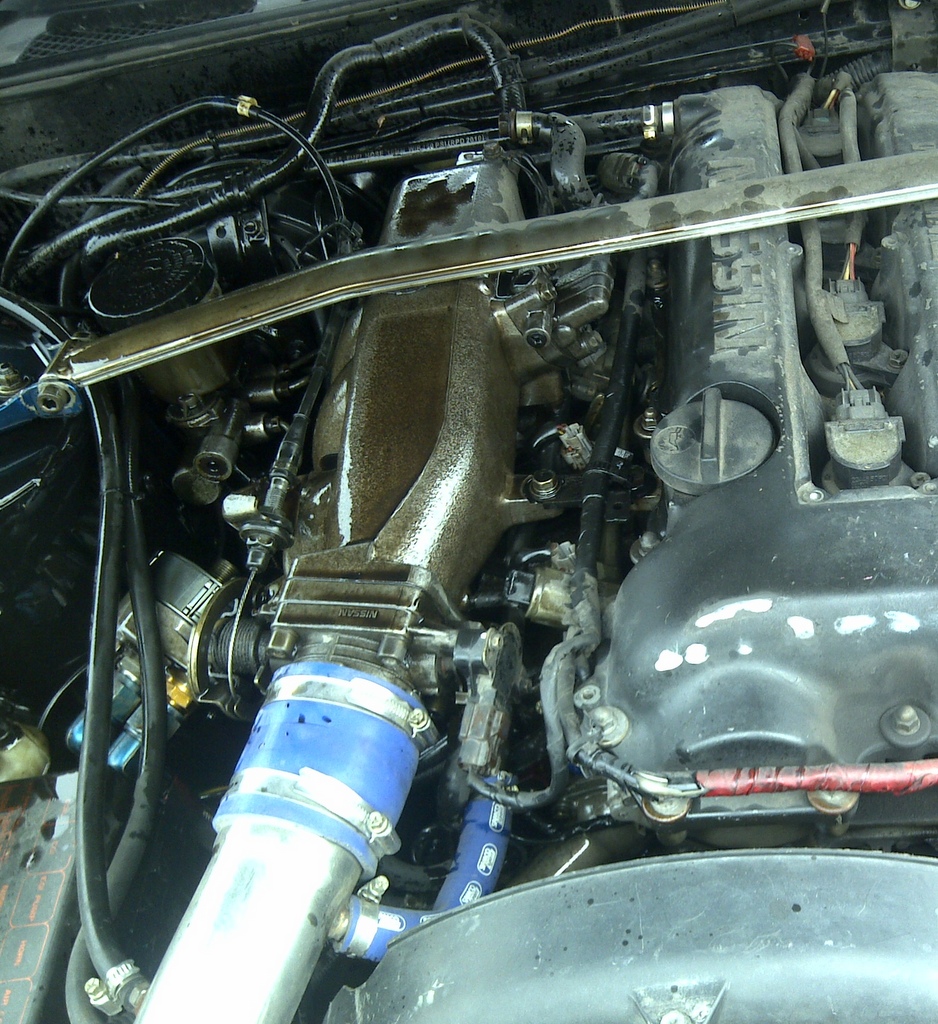 I checked the dip stick and there weren’t a single drop of oil in the engine. Basically I had the car idling on an empty sump!! Things really looked bleak as I  waited for what felt like an eternity  for my mechanic to arrive. Eventually he did and had the the oil filter fitted back , poured some synthetic engine oil back into the engine and proceeded to start the engine. To my relief , the engine run fine. There weren’t any audible bearing noises which attributed to engine bearing damage and the rattling noise I had heard earlier were the oil starved hydraulic tappets which functioned fine once the engine was filled with oil! 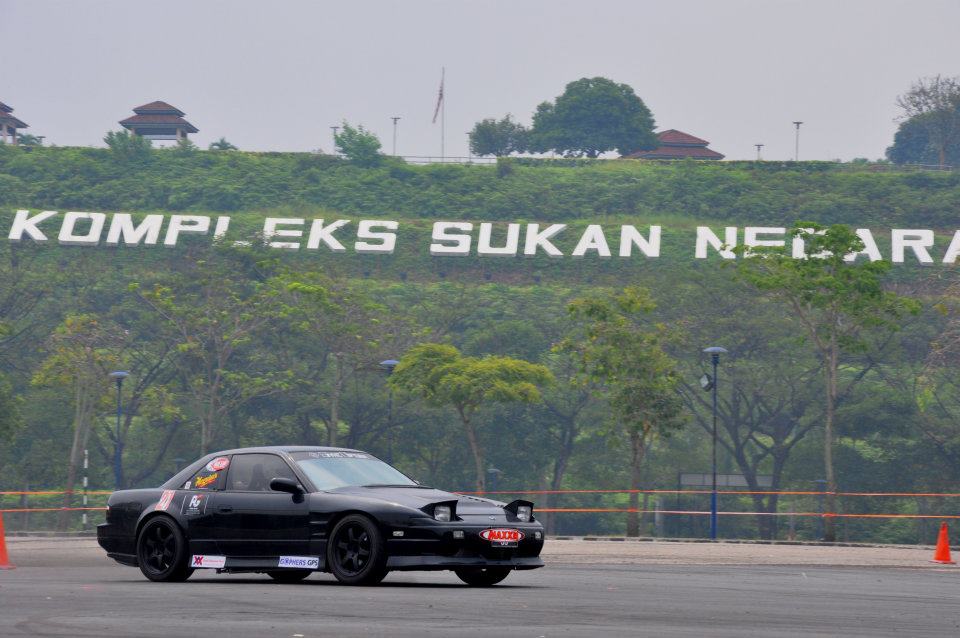 Anyway the car worked fine and did not experience any drop of power  as I managed to go out and got a couple of decent runs but sadly , still got my ass handed back to me.:) 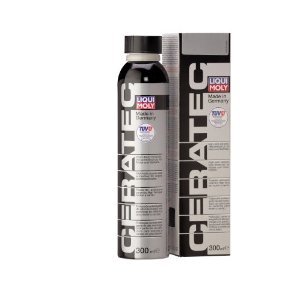 I find it ironic  that we often  see demonstration of oil additives protection on rigs that don’t look a bit like an engine internal.They usually involve a spinning bearing against something metallic to illustrate friction. Well, lo and behold , Liqui Moly Ceratec had just done one on a real working engine, thanks to yours truly and all I have to say is’ thank god  this sh*t works!!’ 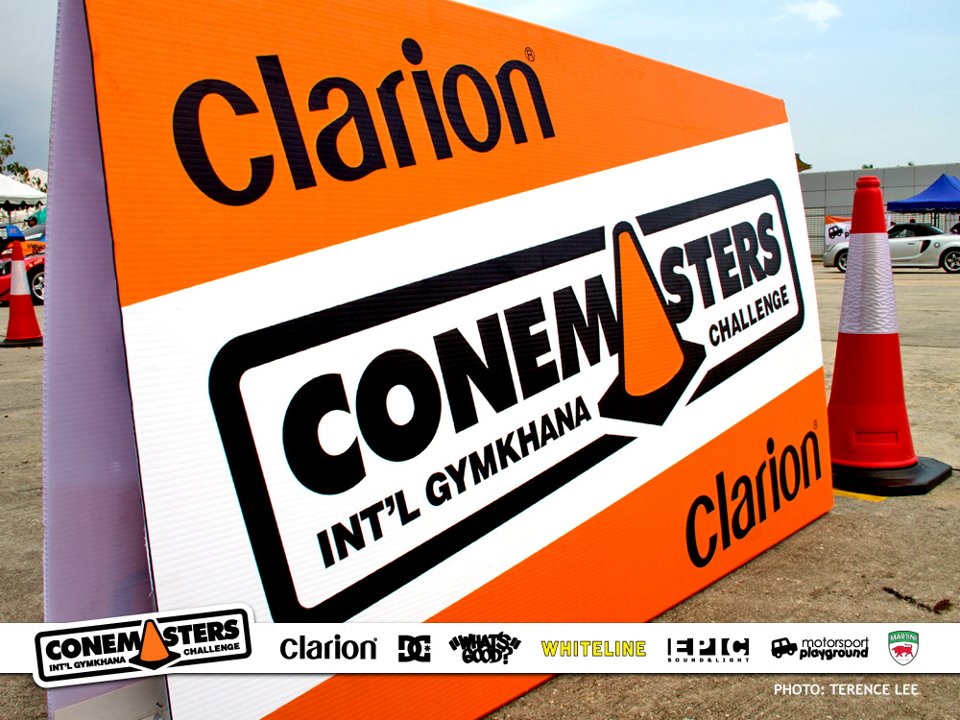 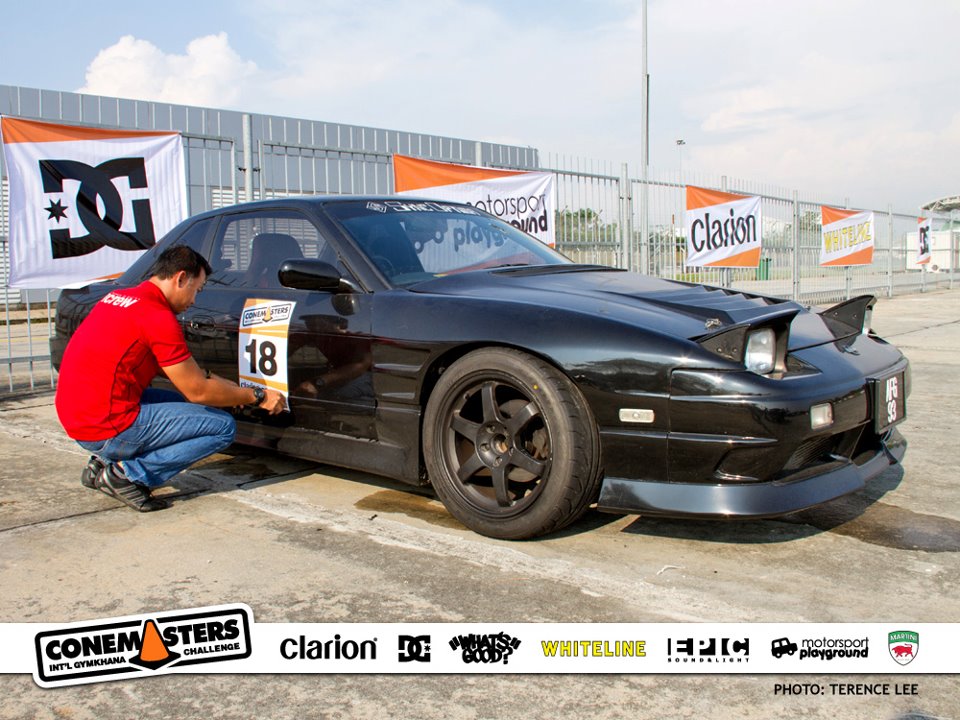 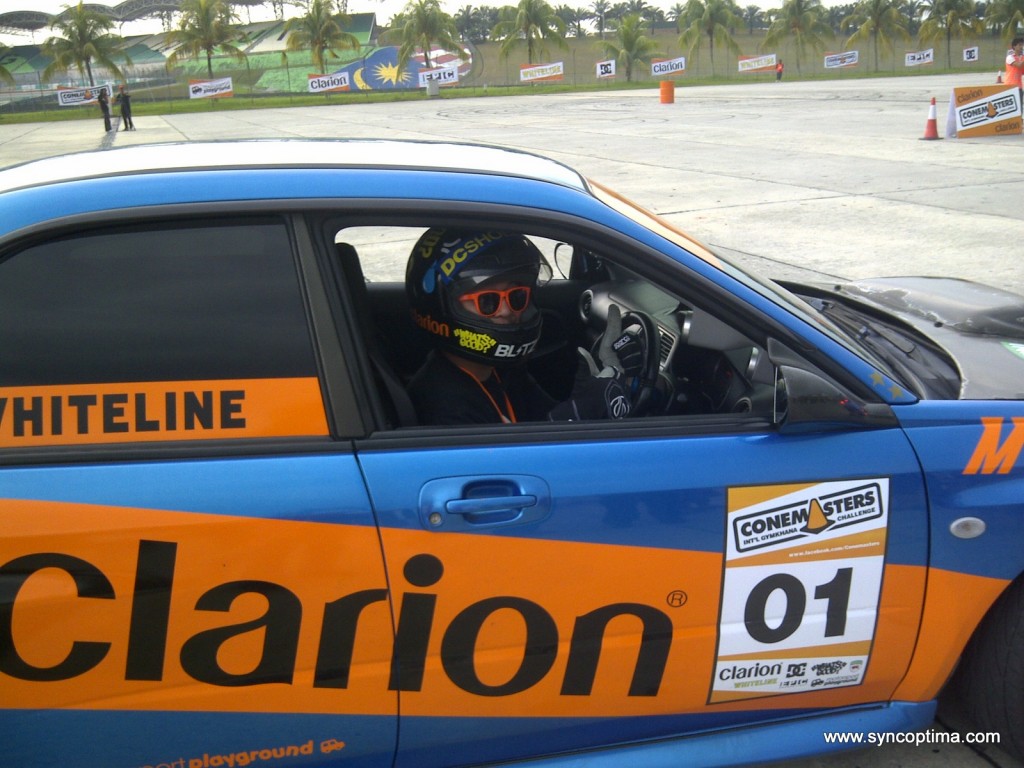 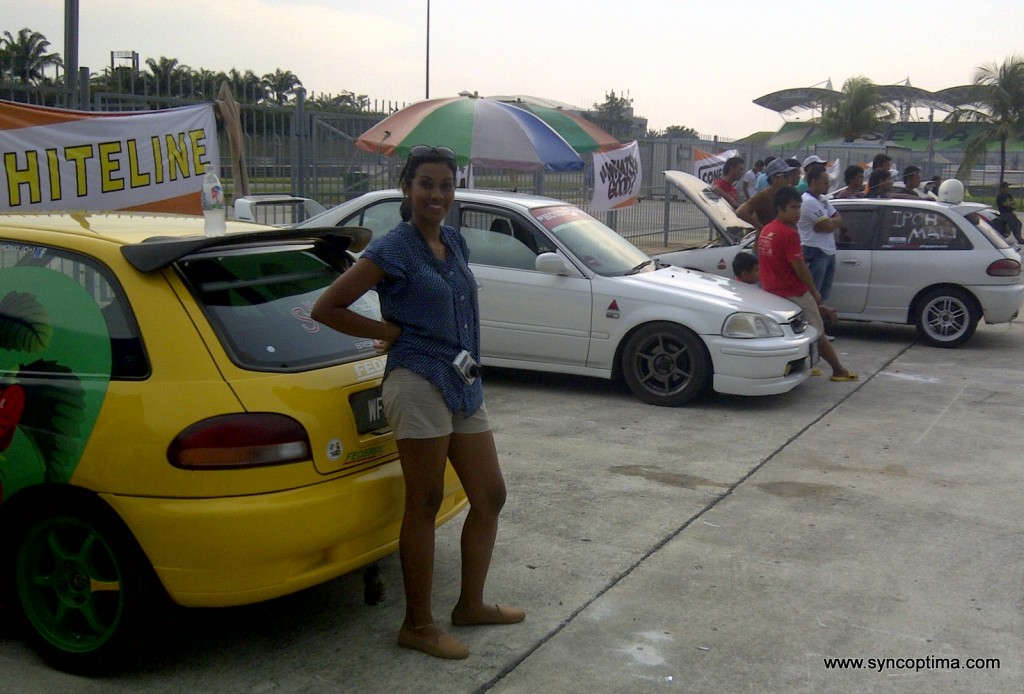 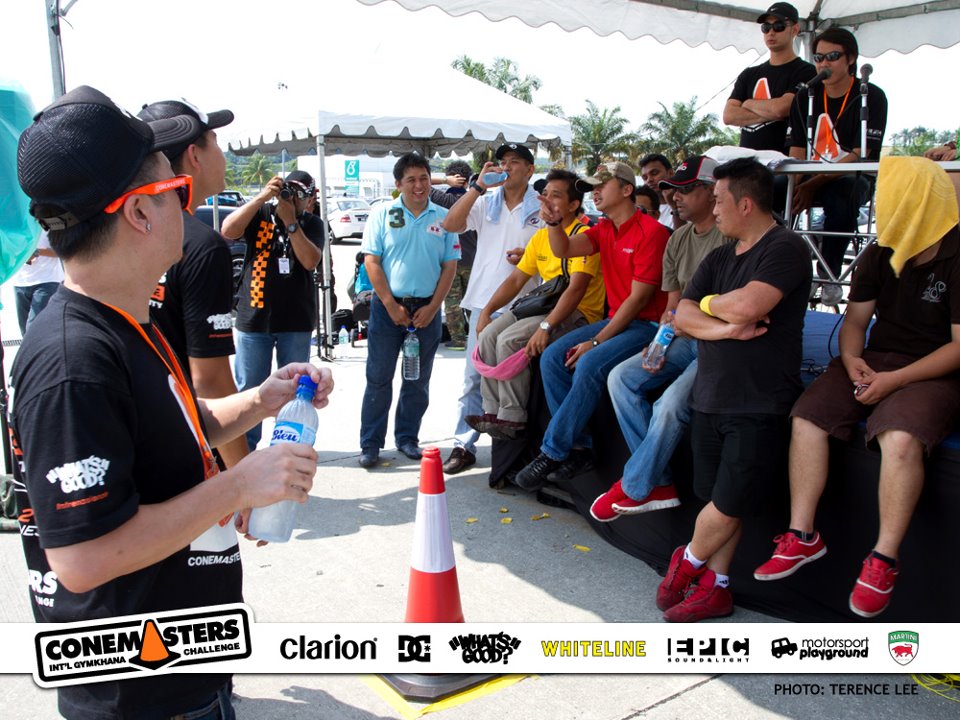 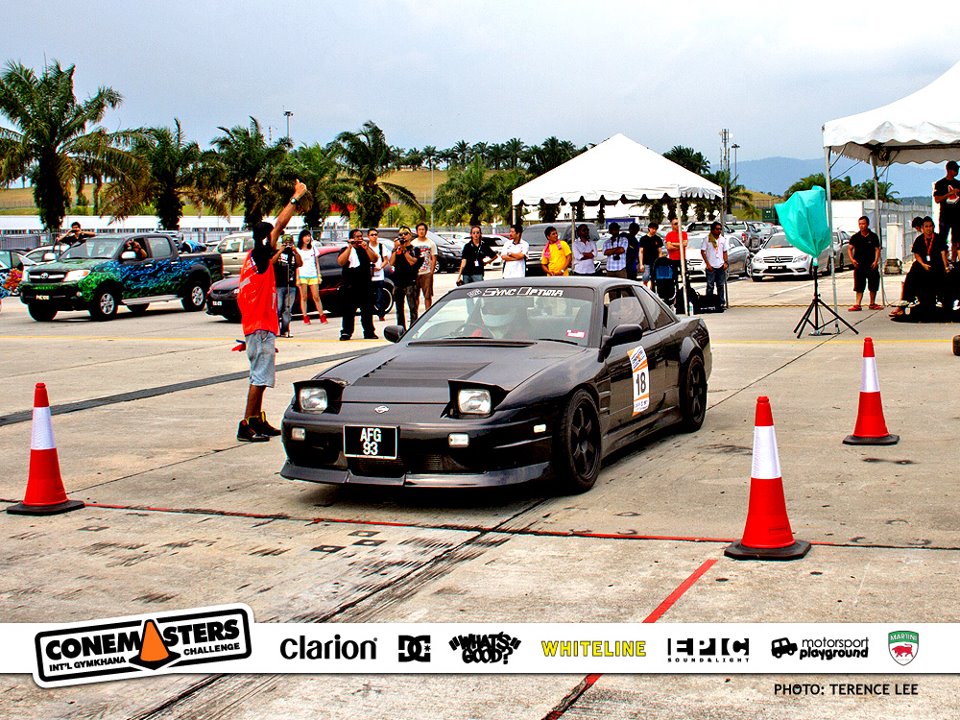 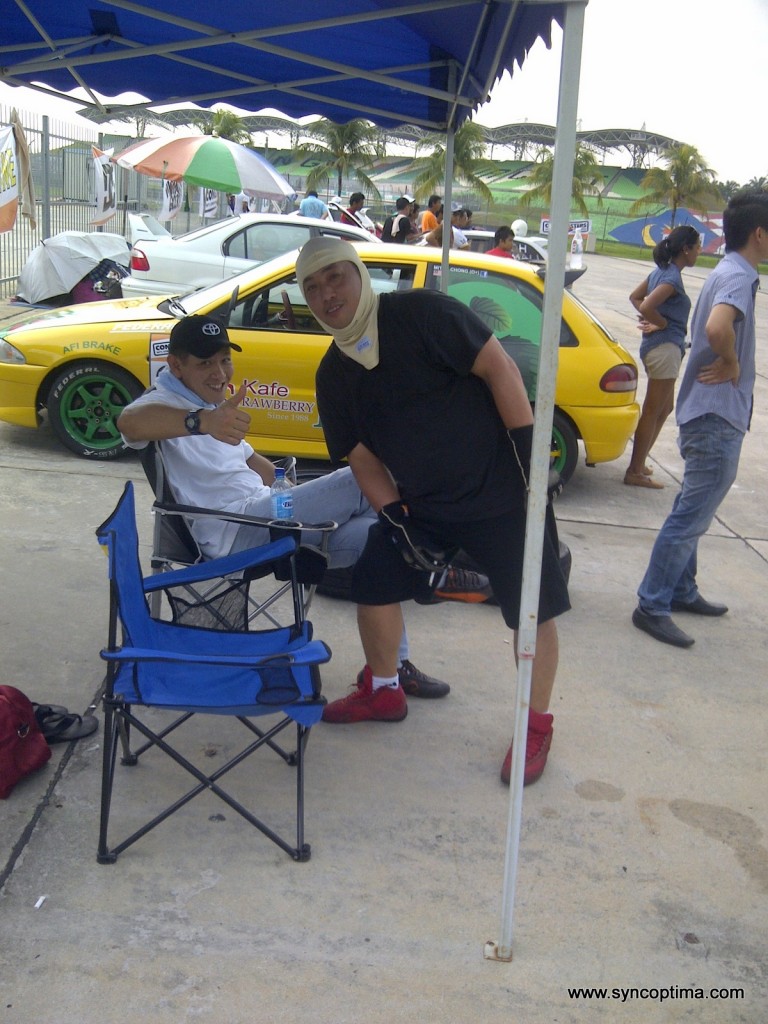 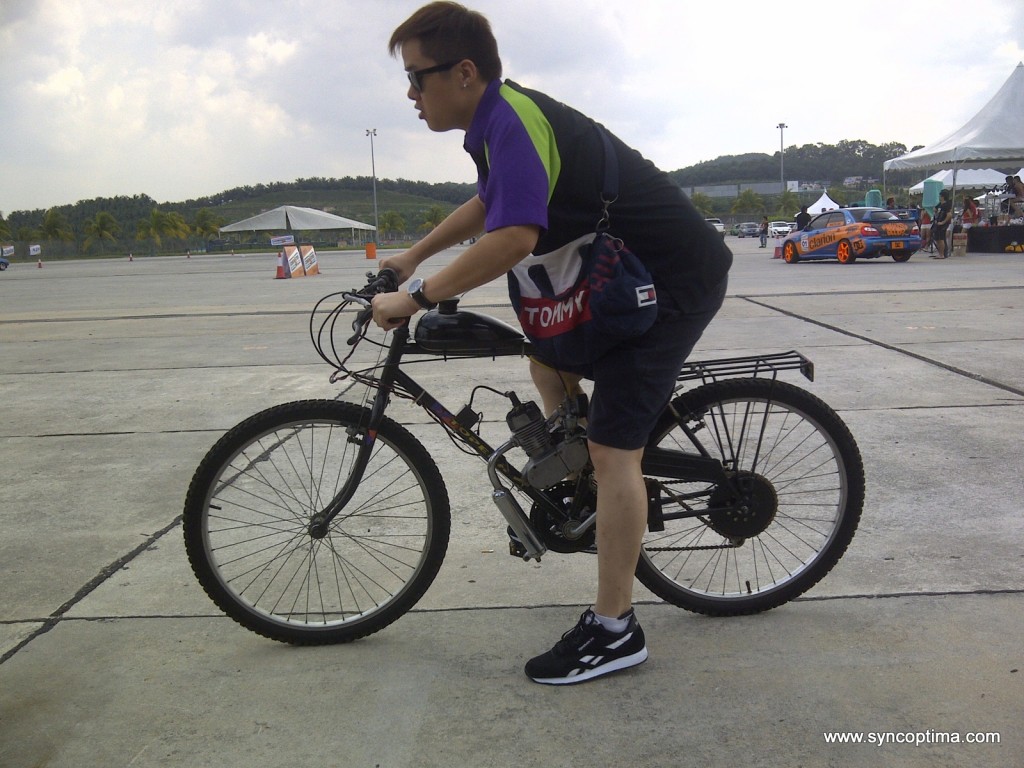 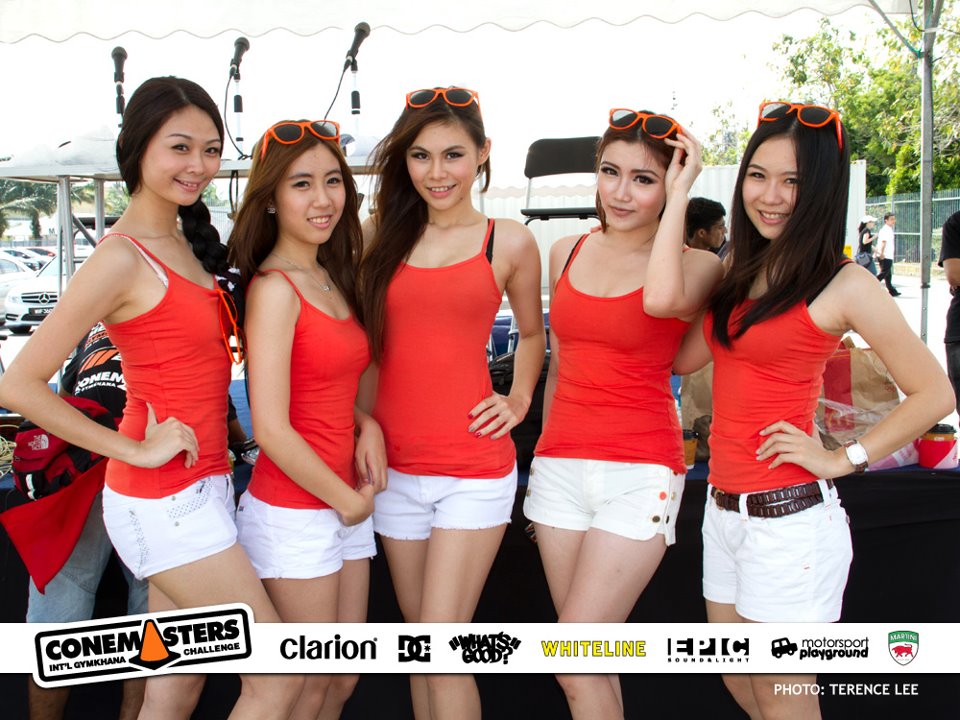 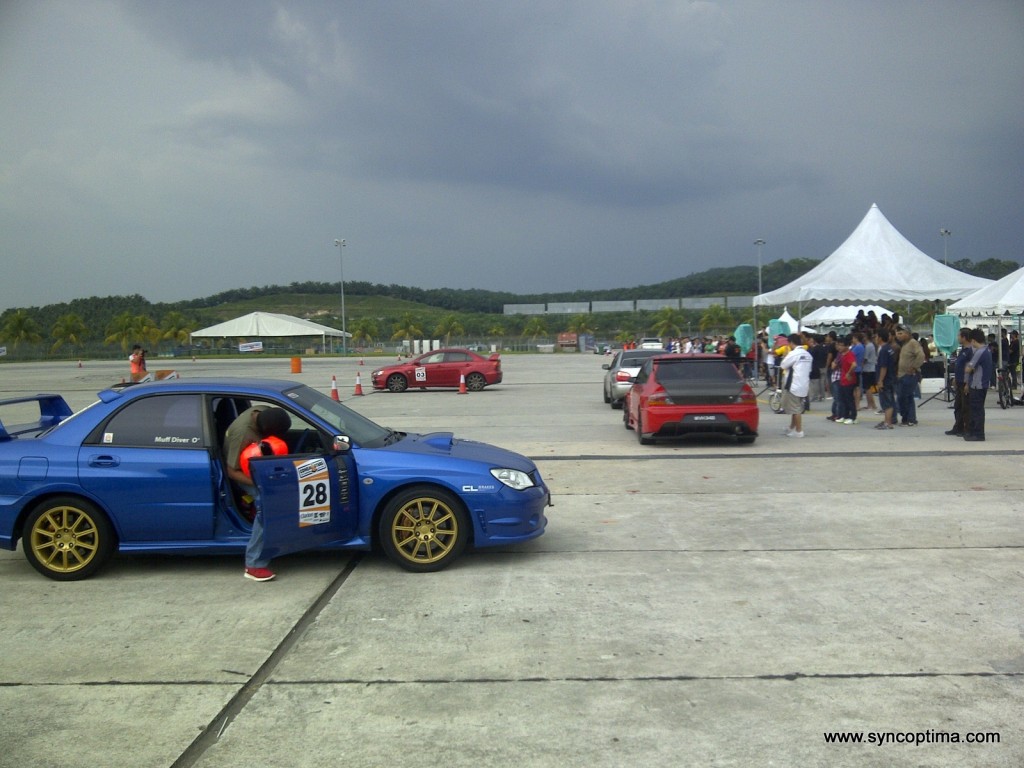 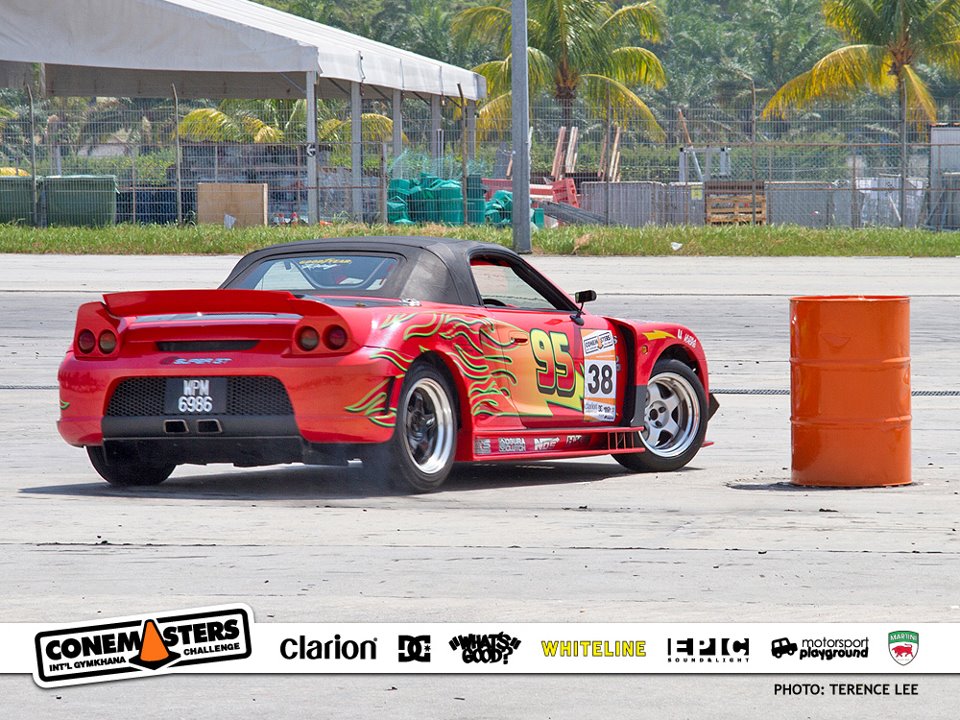 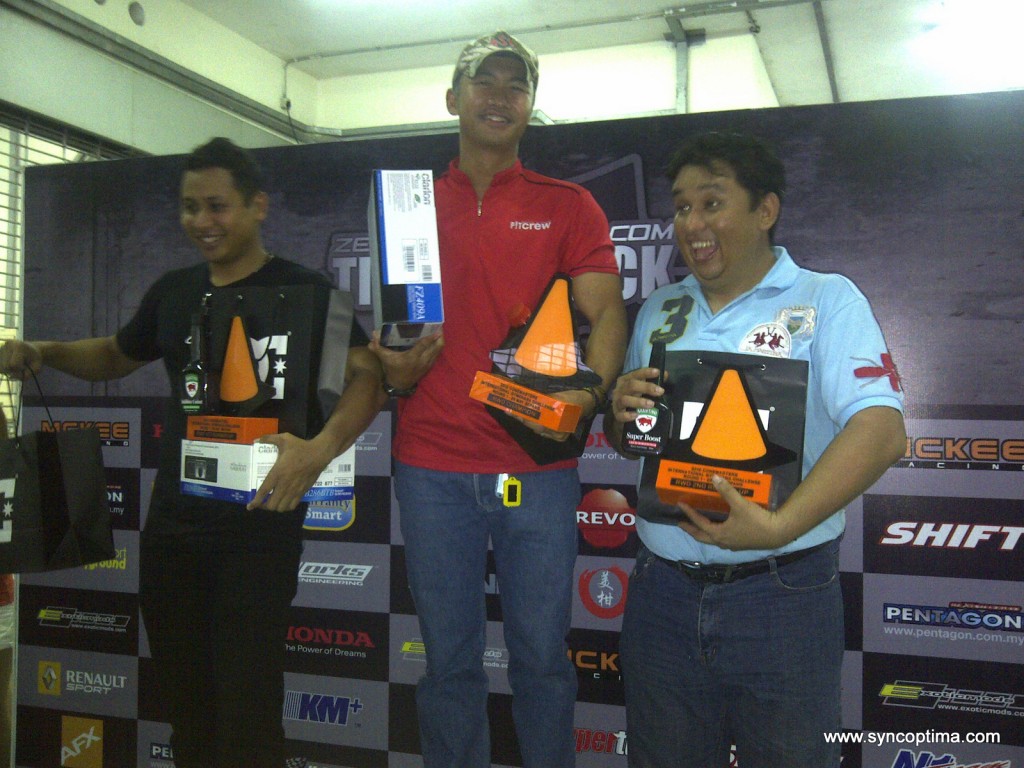 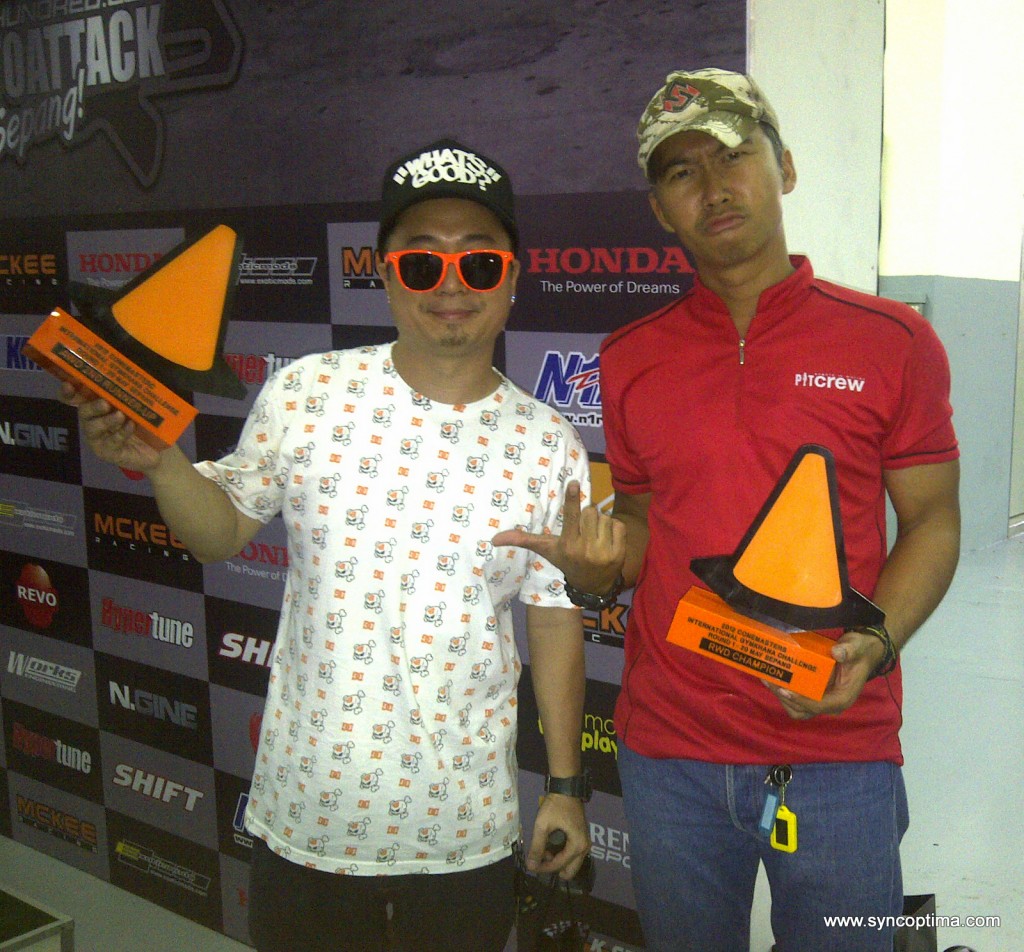