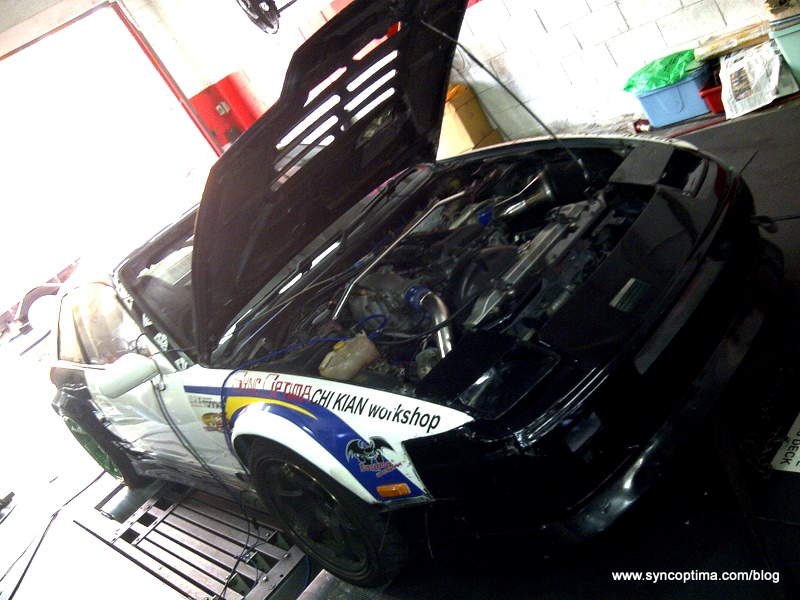 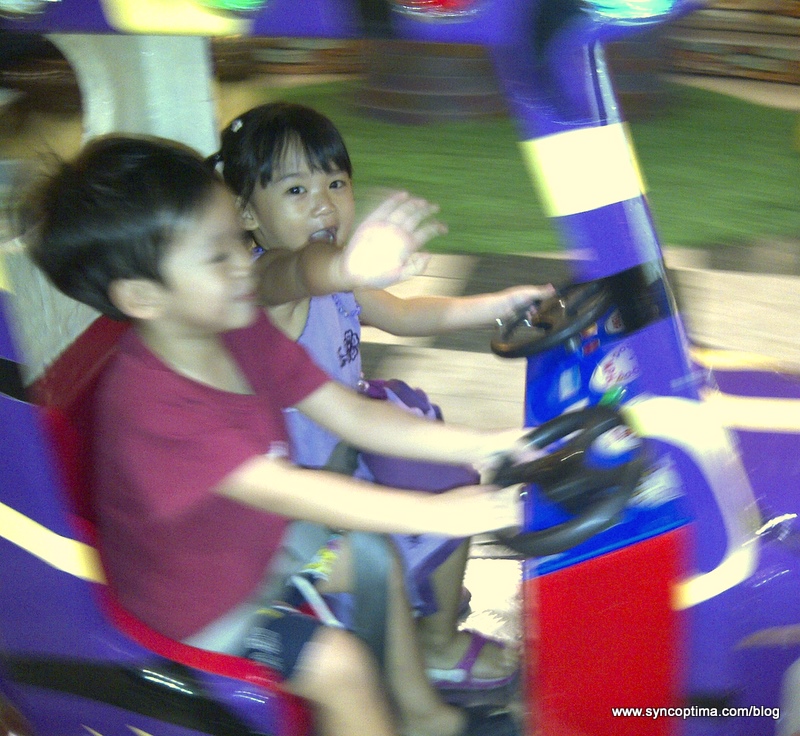 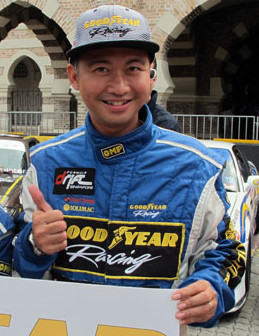 Gotta be slow to be fast 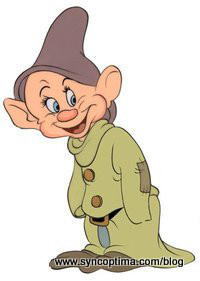 Get that right Dopey!!! 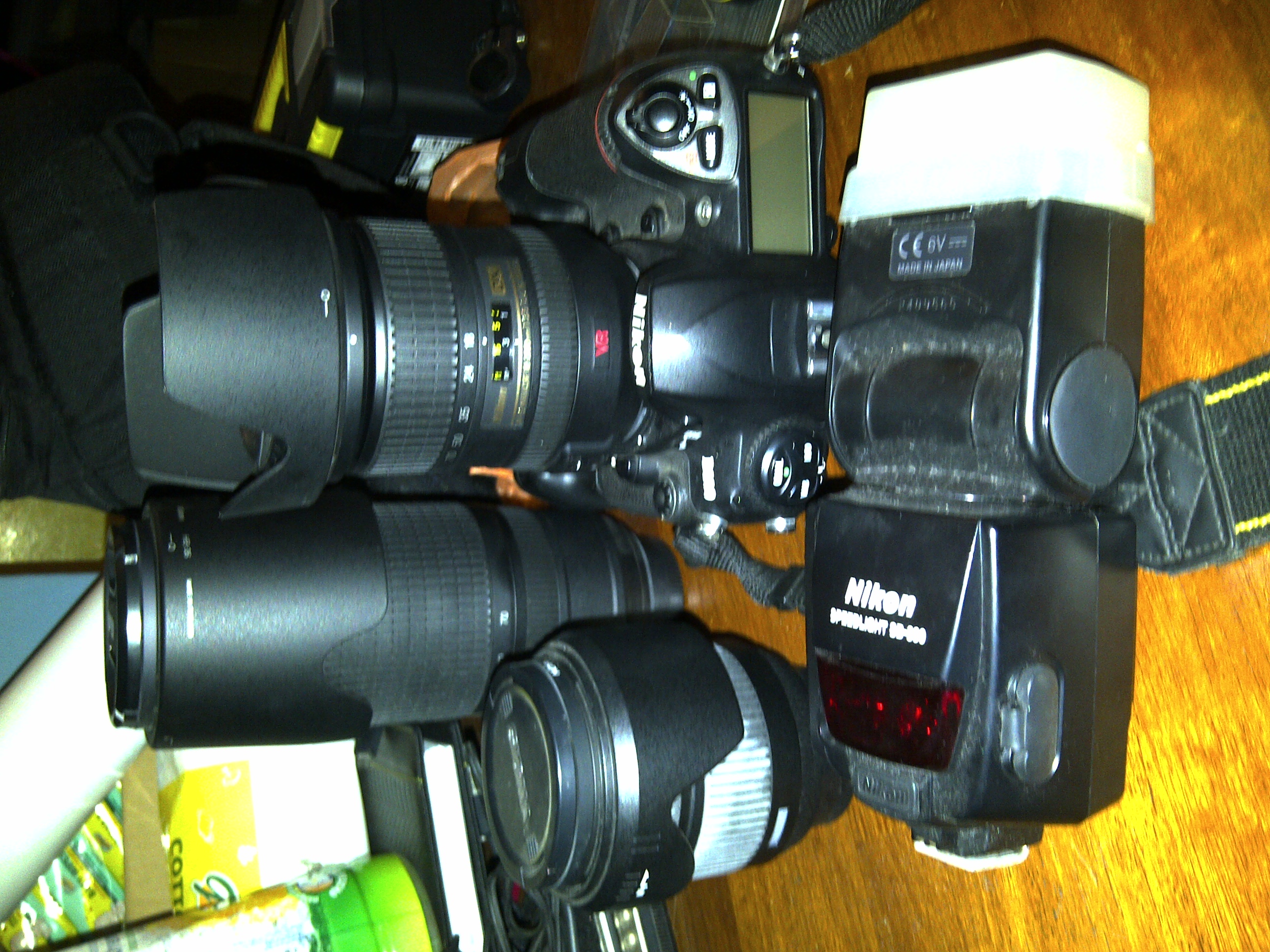 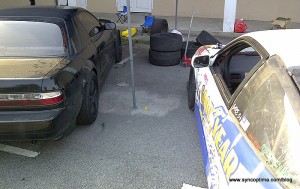 Its has been a while since we last competed in Johore and were excited to hear that Batu Pahat would be having one this weekend. Due to  budget constrains , Jane and I decide to ‘rough it out’ by just going by ourselves sans crew. To add to that, I even brought the road S13 to compete with  due to its lower running cost ( the competition s13 was being painted anyways). Inspite of all that , Jane and I had a blast that weekend. It really reminded us of the time when we both first started drifting; Having to take care of everything from logistics to competiting.Things went surprisingly smooth but of course it would be even nicer if we had the usual crew with us ;). 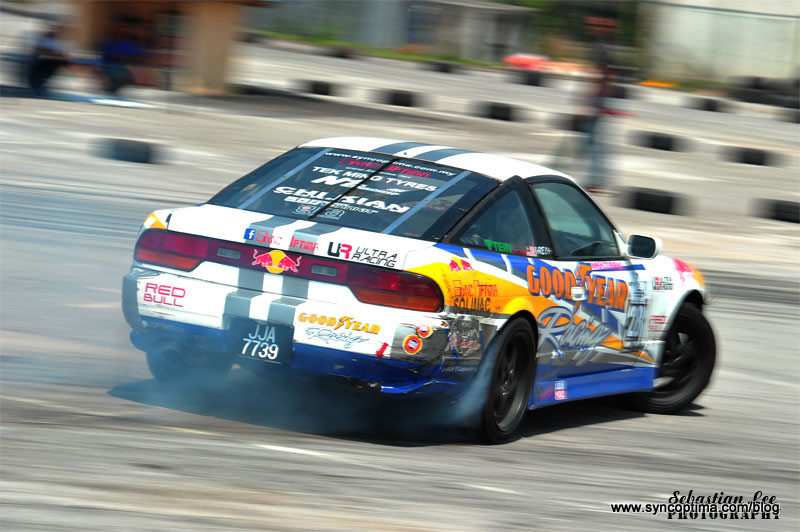 Anyways , this competition is the classic example of great performance but poor results. Jane kicked butt through out the whole weekend with her smokey, high speed drifting but missed out on the best 16 by two spots due to ECU problems during both of her runs!Her car bogged down midway through her drift on the 2 runs she had! This problem is being recitified at the moment 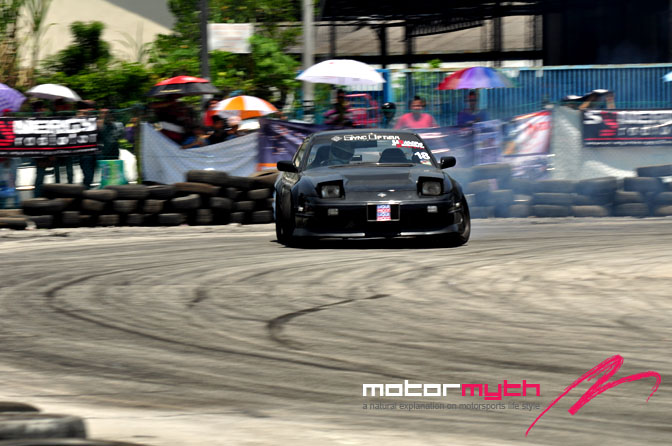 For me, I had a ton of fun practicing tsusio’ing  the whole weekend ,managed to  qualified 1st but was caught at the hairpin during my best 16 run due to a different-from-qualifying-run-line run by my opponent. I was totally to be blamed and was kicking myself silly for it besides, the opponent was a friend of mine so it didnt matter that he got to advance 🙂 So this gave me the oppurtinity to kick back and hang out with Jane  at the judging stand and poke fun at the judges and MC throught out the competition!!

This weekend also gave me the oppurtinity to test out another Liquid Moly product !! 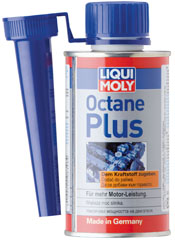 As you all know, we have been using the Liqui Moly Octane Plus the whole of 2010 which I attribute to the reliability of my Turbo AE86  which is running on pump fuel. What this product does is it bumps the octane level of the fuel when added into your  fuel tank .This results in the fuel burning cooler which essentially elimanates detonation or knocking. The road S13  and Janes 180sx which runs of pump fuel , worked wonderfully the whole weekend with a bottle of it in  the fuel tank. 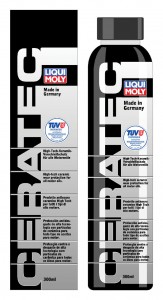 The next product that I got to use was the Liqui Moly Ceratec Engine Oil additive . Quiet honestly ,both me and my mechanic are a bit anal about engine oils . We have tried a number of products but we ended up using to our usual choice of engine lubricant which I have been using for almost 13 years!! Anyway,  VS Look , the LiquidMoly Johore Baru distributer came to me and suggested I pour it into my engine to see its benefits of reducing friction, thus reducing wear and engine tempreture. He even brought Chester Lim , a drifter/mechanic/business owner whom patiently explained the properties of the additive and assured me I will be happy with the result. Due to the high engine oil tempretures I was experiencing the whole weekend,I decided to give it a shot and poured the product into the engine .I  let it idle for about  10 mins (the recommended proper priming process takes a few engine heat up and cool down cycles) and saw the result was apparent immediately when i took the car out for my practice runs!!. Usually I would run on a hotter oil tempreture as compared  to my water tempt.  But with Ceretec, my engine oil was either similar or slighty lower than my water tempt even after a few spritied runs ! I was told that the coating that the ceretac leaves in the engine internals will last for about 3-4 oil changes before having to be reapplied!! I would be updating you guys on its effect after a long term use but at the moment , this stuff rocks!!

Last but not least the Goodyear Aysmetric tyres; this drift course had the tendency to wear down the driver’s side tyres more than the other. The beauty of the running Asymeterics are you could just switch the rims and tyres without having to worryabout rotation. So that exactly what Jane and I did after a few laps thus giving us even thread wear and extended drifting time as compared to those running rotationals!! Check out the wear!! Perfect!

Fresh from ACE we were egar to get to the root of the misfiring and power drop issues we had on the S13. The problem was intermitten but had gotten worse during my many tsuisos with Johan Norman. The practice session during day one wasn’t an exception but a sudden scent of burning wires had me cutting my practice short. The smoke and scent helped us locate the source which was  to my relief was a mere ‘short’ed’ loose connection  of the battery terminal . Such a simple overlooked item had basically cause me the chances of winning the ACE Dirft Challenge Series for the 2nd time running..Oh well , no point crying over spilt milk.

The S13 performed flawlessly throughout the practice session with Jane looking real strong in her 180sx. Jane certainly looked like a contender with her consistant clean runs. 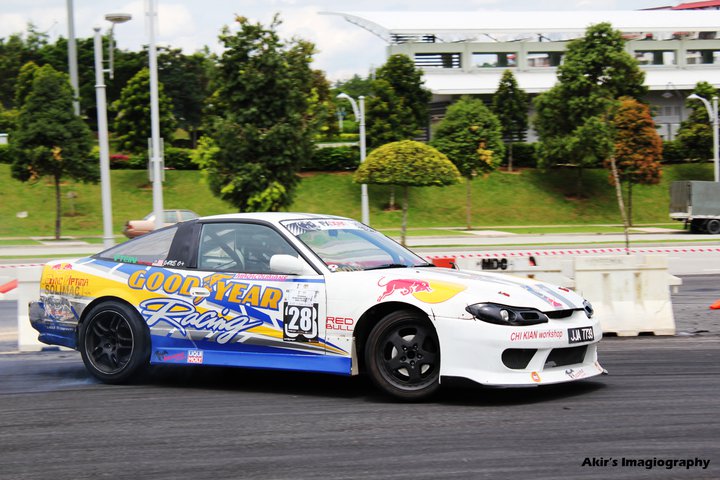 Competiton day  was  a straight foward affair with me qualifying 3rd and Jane qualifying 9th with her impressive run!

Tandem Battle had Jane advanced to past top 16 when she beat Shaffiq in his rotary 180sx but her run to further her position was cut short by Goodyear teammate Tan Tat Wei.

Going through top 16 and top 8 was fairly smooth for me but during the best 4 battle, my handbrake suddenly decided to give up the ghost on me. It seems to refuse to lock. Thankfully I found this out during a taxi ride given to a VIP before my tandem run. I somehow managed , barely, through top 4 against Ah Boy from ACE but had to resort to clutch kicking when going against Tan Tat Wei during the finals.

I managed to get the tail to decently kick out but due to some careless gear shifting work, I had shifted to 4th instead of 2nd at the rear clipping point !! During my turn to lead, Tan was on me throughout without missing a beat so I knew I had to make do with 2nd . 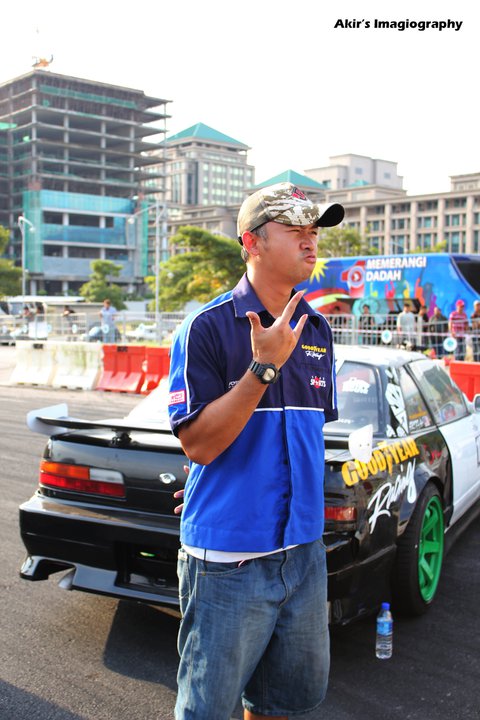 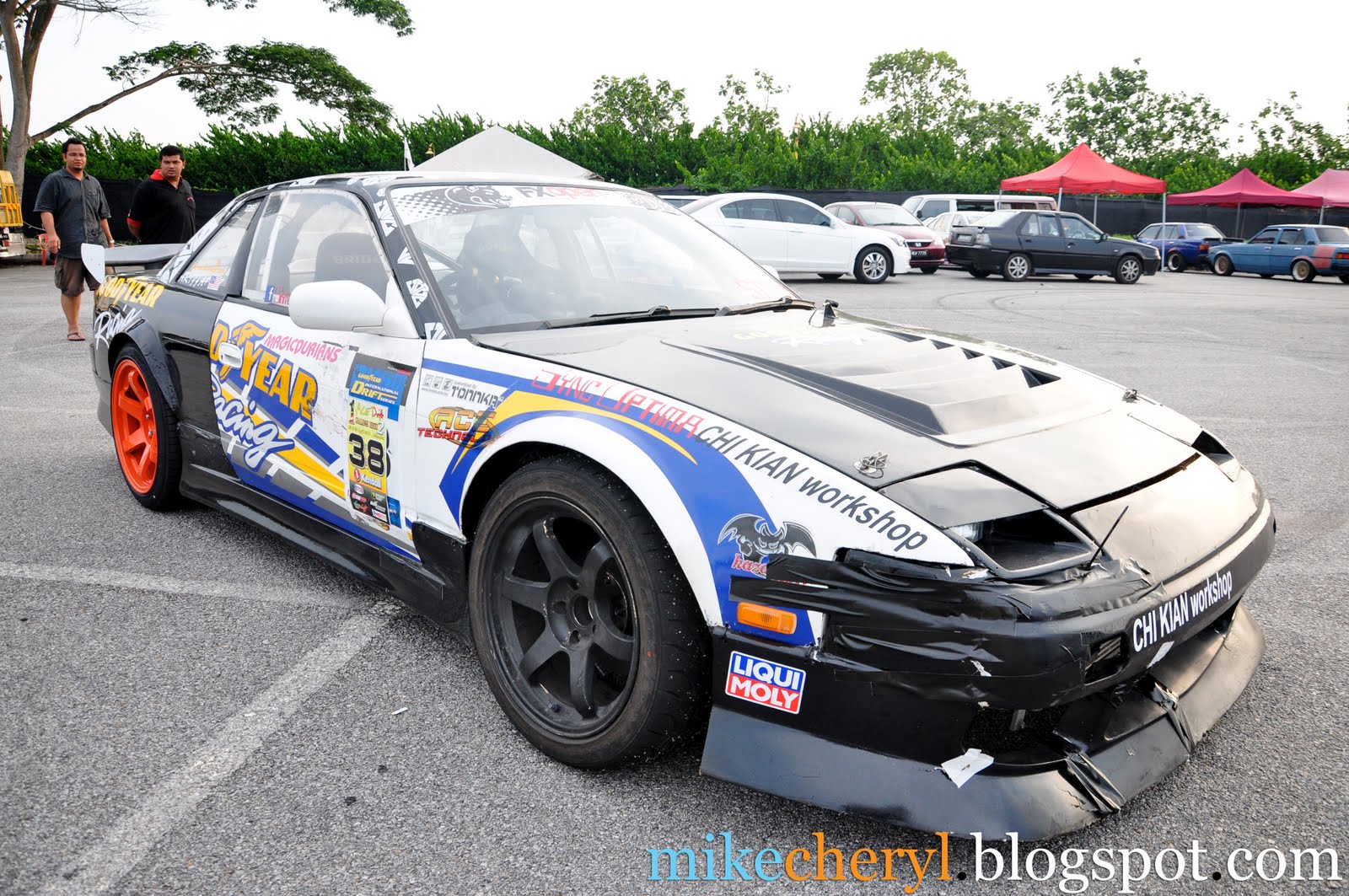 Having performed badly during the 1st round of this year’s ACE Drift Challenge, it was critical that I do well during this round to have any chances of retaining the title of overchampion for this year. Alas, it was not meant to be with an early knock out during my best 16 run against Johan Norman. The S13 had intermittenly develop misfiring issues and sudden power drop during tsuiso and after 3 (?????) one-more-times, the combo of worn tyres and low power had me give in the Johan’s relentless aggressive runs. This basically has put an end to any hope for this year’s championship

On a better note, Jane performed beautifully through out the weekend inspite of the set back of breaking her gearbox. 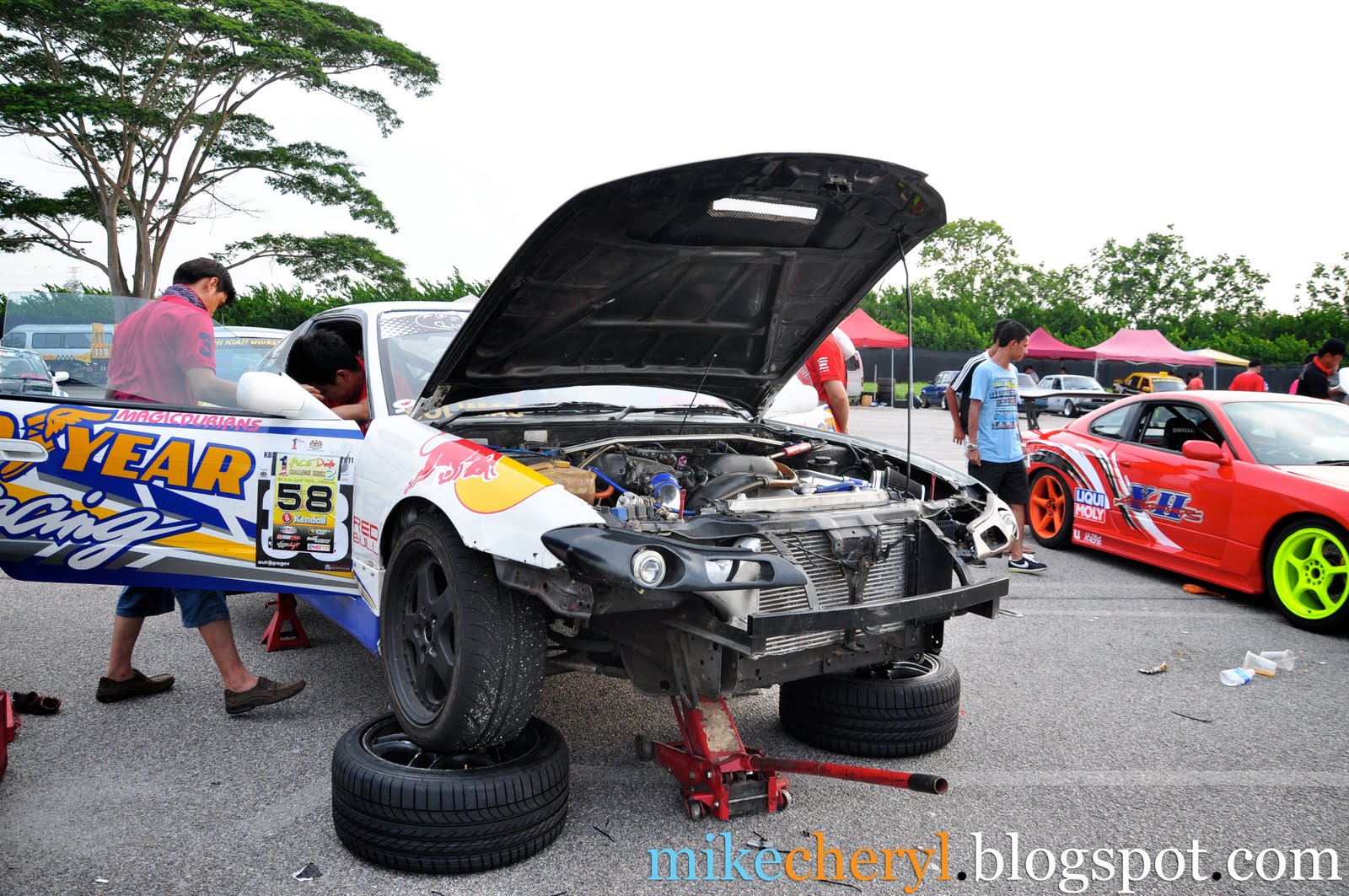 Kian and Boy from Chikian workshop did a wonderful job of replacing the gearbox and had her going for the next day of the competition.
Jane had qualified 21st which places her into the best 32!! 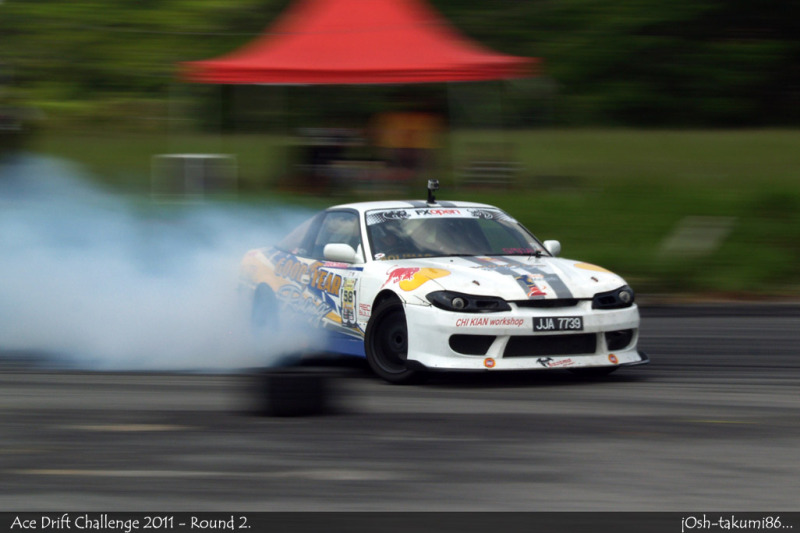 Though having an early exit out of best 32, her run against Iranian Drifter , Shah in his 400bhp 180sx was a close one!! Only a uncharacteristic spin during her turn to lead had given the win away!! 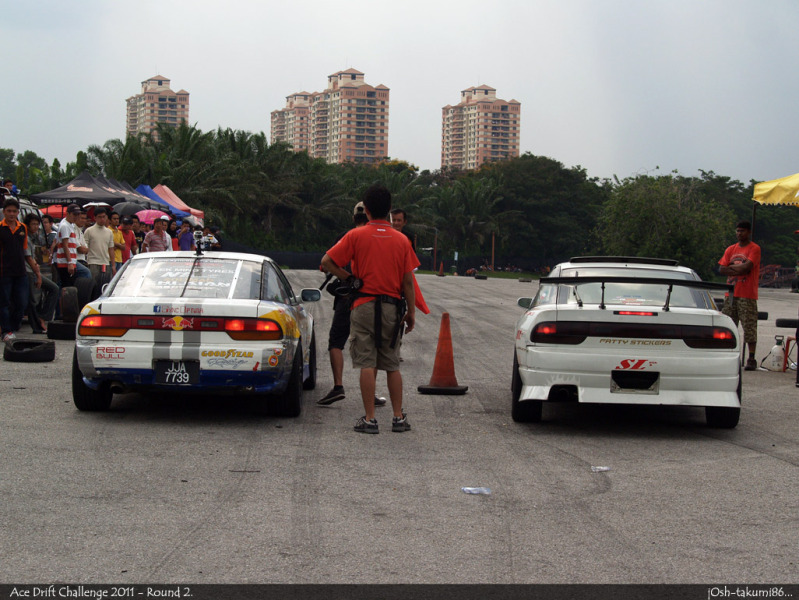