Quiet possibly the most anticipated event in the Malaysian drift calender, the FX Open Finals 2011 proved to be a derisory  exhibition of what a drift event should not be.

I shall not cheapen the moment as this event was Jane’s debut with her newly acquired sponsor RedBull Malaysia  which she qualified 14th out of 20 other drifters ,placing her into the Best 16. Along side her our main sponsor Goodyear, she completed the whole line up of Goodyear Malaysia Drifters to qualify for this event! 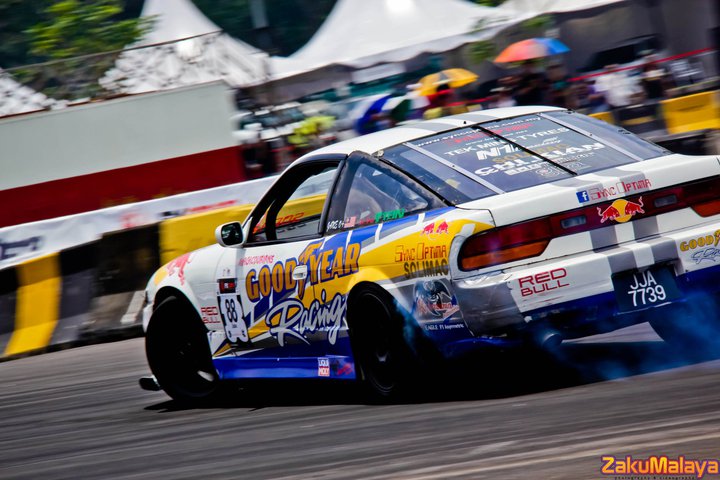 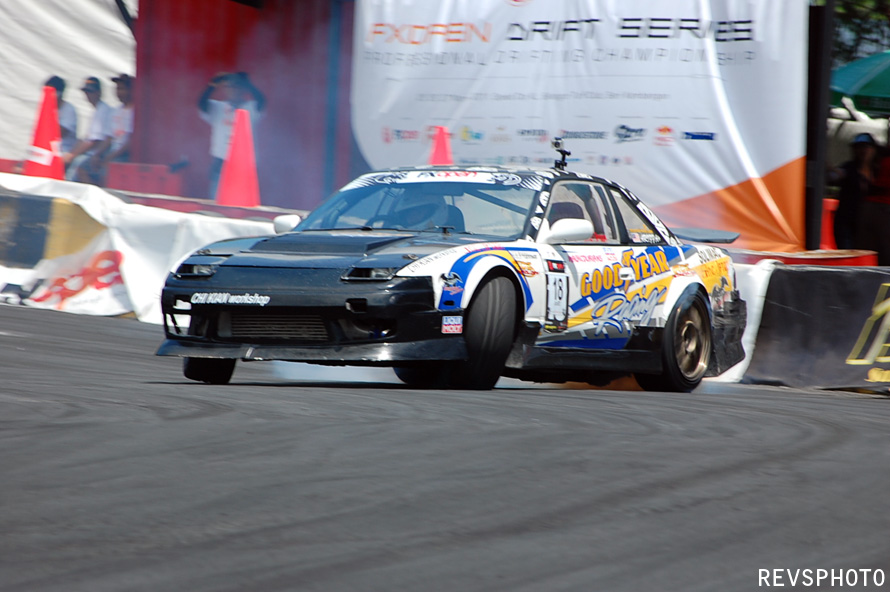 As for me, based on the overwhelming hits on our blog since the event, I am sure a lot of you are dying to hear the low down ,straight to the point opinion of what happen to me while fighting for the converted Top 4 placing during the event. If you guys are expecting my comments about the sub standard level of judging that  makes a mockery of the sport, I  shall  not give you the pleasure!!  Don’t be expecting to hear crap from me about this event  !! Don’t look for it here ..do your own searching !!! 😉   All I have to say is ” When in  doubt..Keep Drifting Fun!!!” It makes the feeling of unjust  bearable…

Ooh before I forget..Speedcity rawks!! Can’t wait for Saturday Night drifting there!!!! 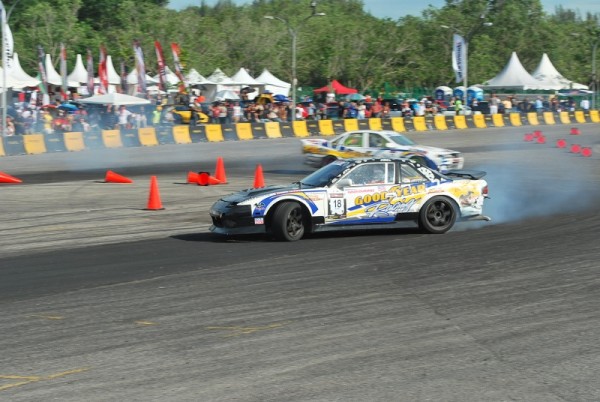 To put it plainly; the second round of the KBS Malaya Drift Battle competition was a bitter sweet experience for Team Goodyear Sync Optima. Bitter for Jane  for her engine decided to ‘kick the bucket’ mid way through the practice session on day one ! It was even more disappointing as  Jane had gotten the course down and was  drifting it worthy  of a top 6 qualification run! It was so unfortunate as she was really looking forward to this event as it was to be the first time she will be  flying the colors of her new sponsor ,RedBull along side our title sponsor Goodyear! Rest assured, Jane will bounce back and will do everyone proud on the up coming events…I am sure of it. 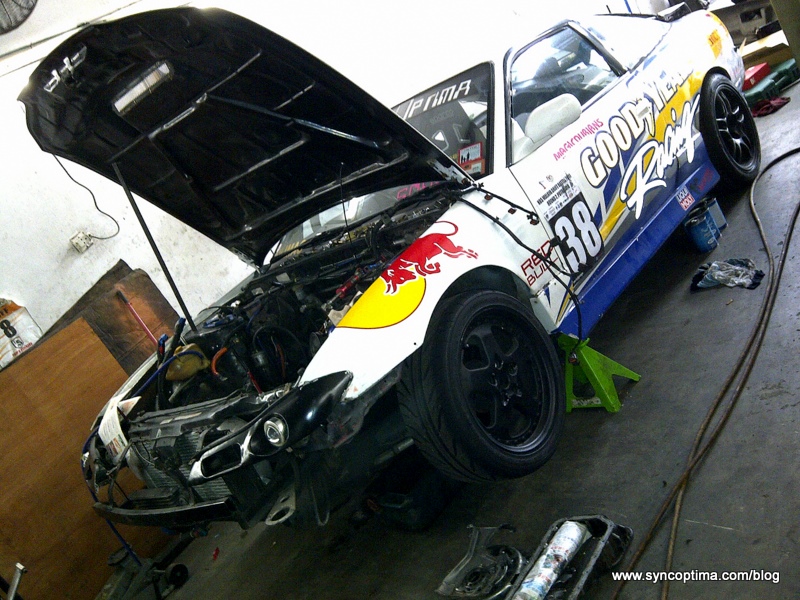 This event was sweet for me as this is my first win for the year 2011 but also this marks the first ever 1st place finish  in a drifting competition on Goodyear  Eagle F1 Asymmetric tyres  in Malaysia!!! 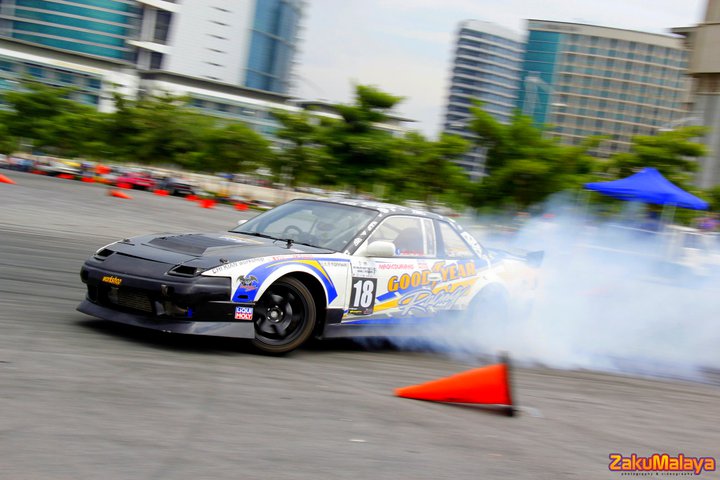 Though qualifying was in the dry, which I managed to bag 2nd place, the majority of the tandem battles was done in the wet/semi wet condition. As most of you know, the Asymmetric is phenomenal in the wet and this is what I attribute as the major contribution to my success in this competition!! I had grip in parts of the courses while others on other tyres had none.Thanks  Goodyear 🙂 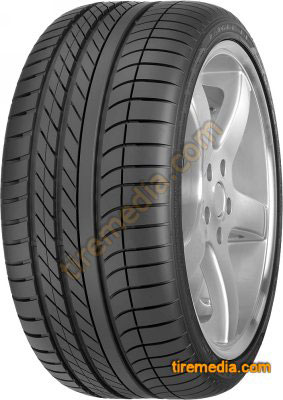 Anyway, my apologies for the lack of photos as we our resident photographer ,Kevin Boey, was busy taking part in a  Gymkhana event held at the parking space next to the drift course. Kevin got 8th in his class which isn’t too bad!! 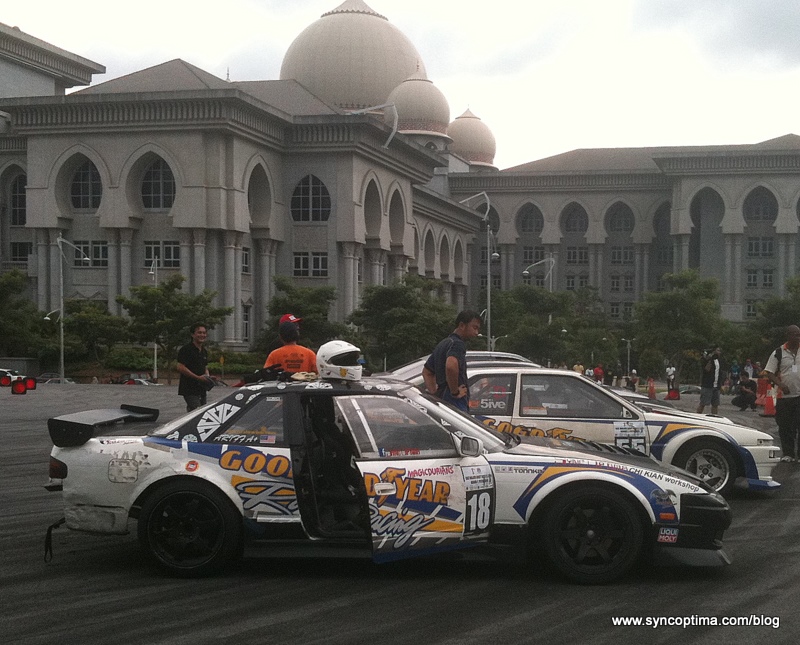 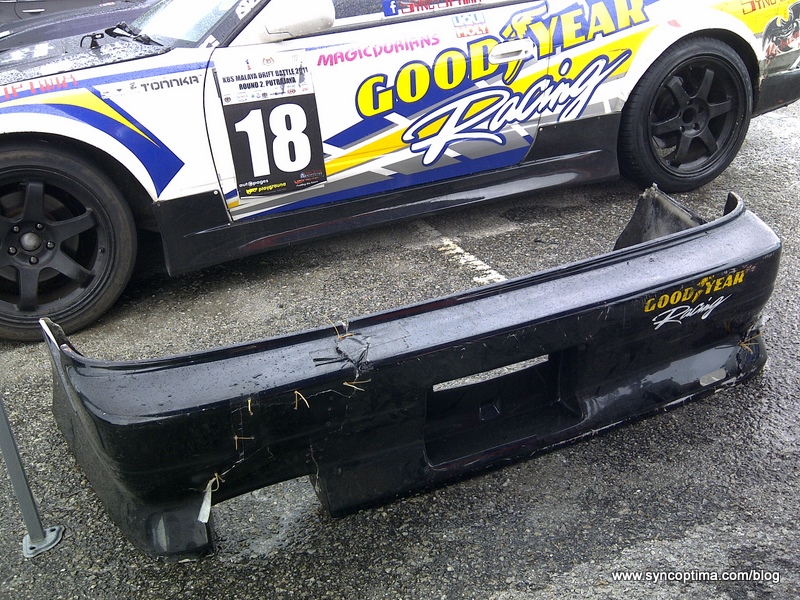 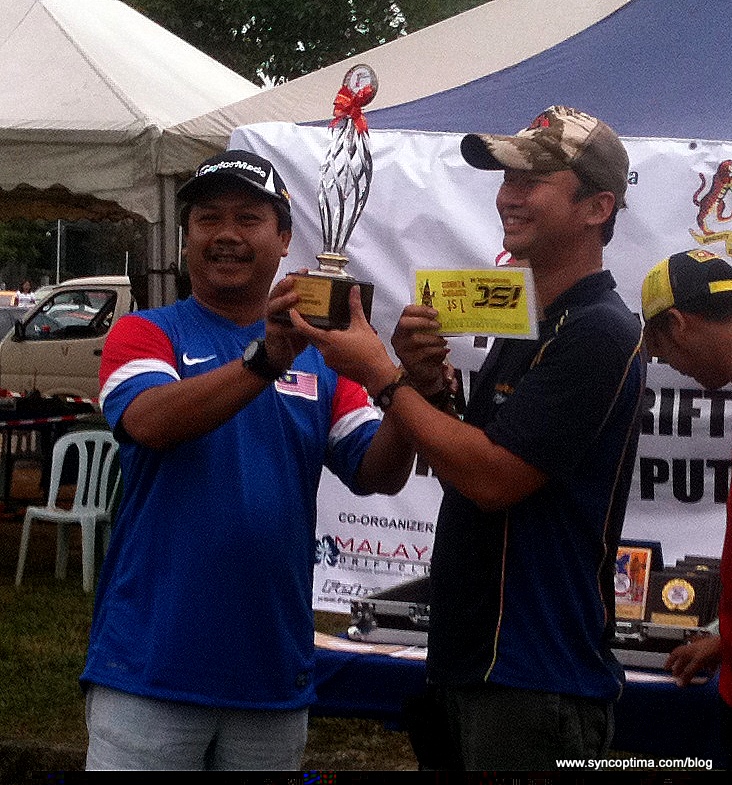 Receiving my 1st place trophy..Yipeee!!!! Not only that, I got two more prizes for Best Performer and Best Disciplined Drifter ( that’s a first )!!!!! 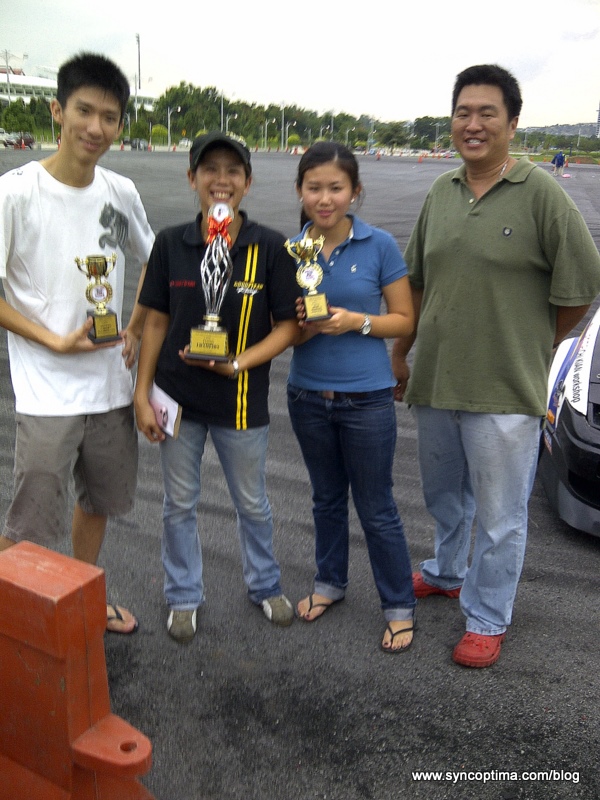 .…..which I decided to present to our Sync Optima teammates during  on our own mock prize giving ceremony: Cheryl Chew gets the Best Discipline trophy for studying hard , turning up for classes and on track for graduation this May, Mike Khong gets the Best Performer for somehow being able to avoid getting his lazy ass kicked out of  uni for all these time! Such a performer , he is !! Last but not least Jane gets the 1st place throphy, for being my partner, spotter and my teammate in everything…oh yeah, the handsome dude in the green shirt is ‘Datuk’ Terence Lim who got 2nd in FR category in  the Gymkhana event.He was reluctant to have his photo taken but I thought he was too sexy to not be included  .Unfortunately Kevin Boey is not in the picture as he was at the pit taking care of our stuff…thanks buddy !! 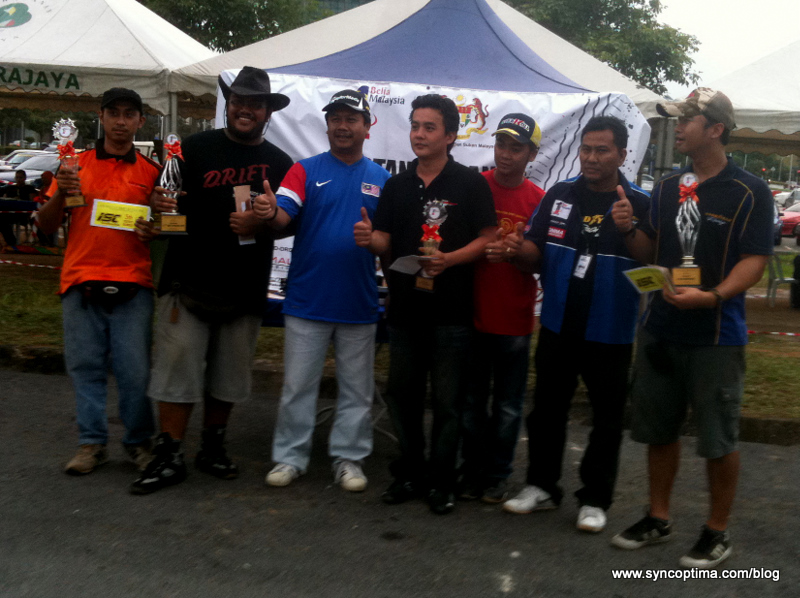 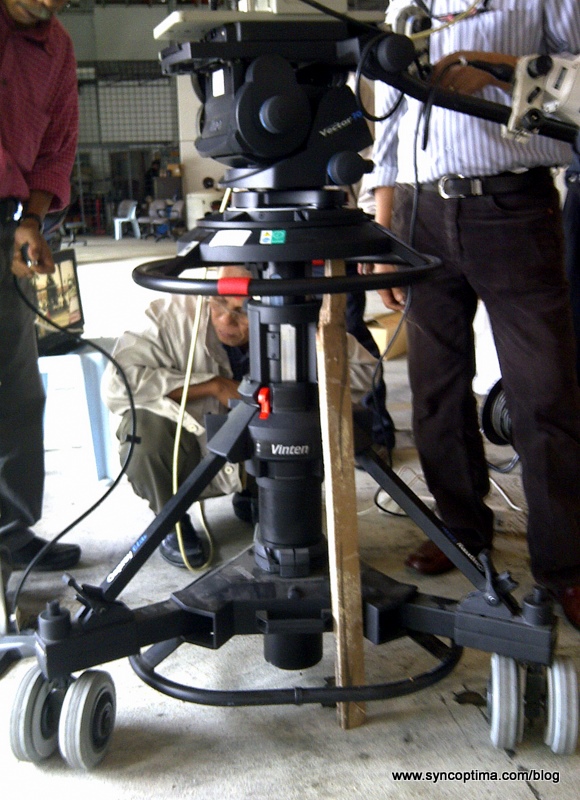 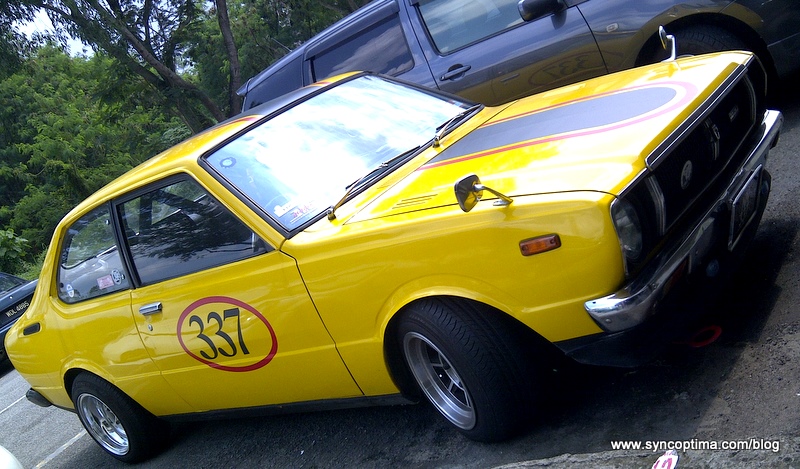 Today, while parts hunting for Cheaka’s  newly acquired Missile car, we came across this clean example of a daily KE30 parked in front of a half cut  shop in Kepong!

END_OF_DOCUMENT_TOKEN_TO_BE_REPLACED 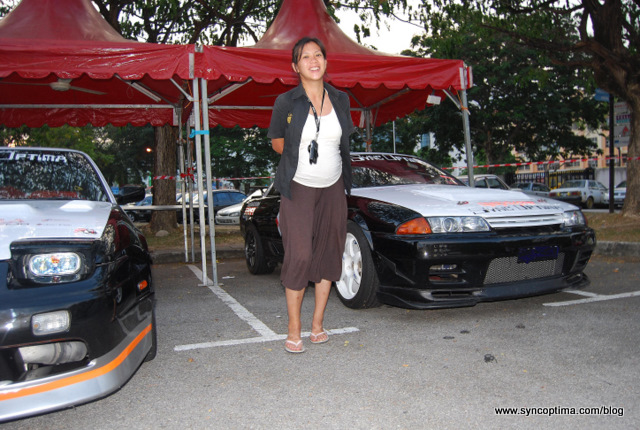 We rocked Penang ; baby bump and all!!