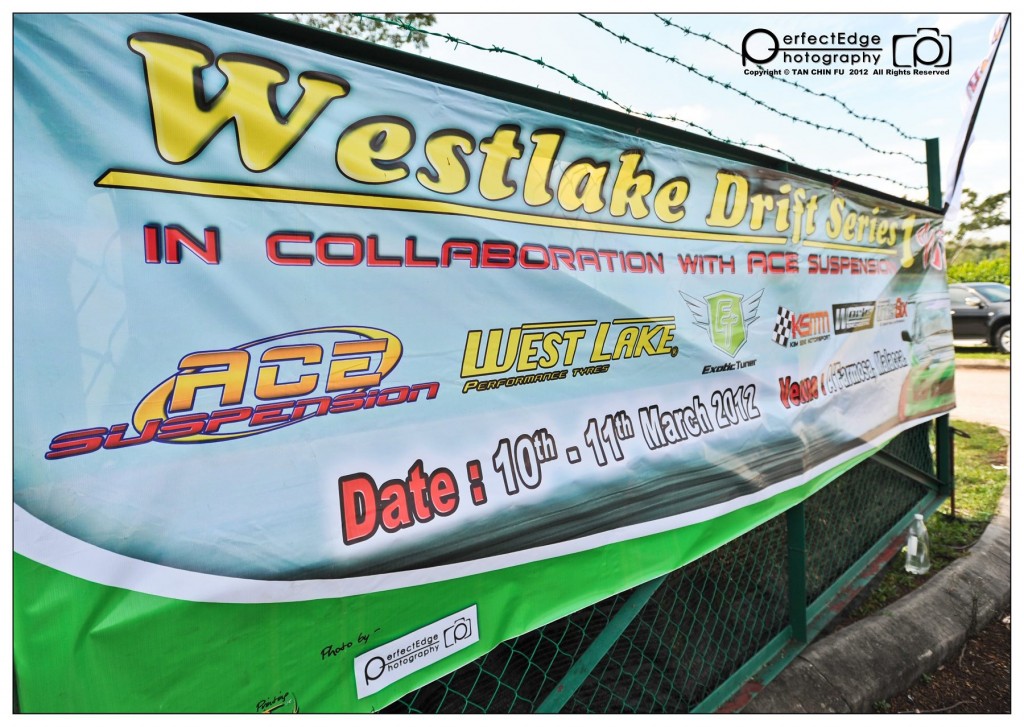 In the Malaysian drifting community  , the  5  rounds of the ACE Drift challenge series was long regarded as the ranking system for the drifters here. The overall champion of the series would be heralded as the National Champion. This year, with the backing of Westlake Tyres as their title sponsor, ACE Drift Challenge have be renamed as the Westlake Drift Series thus making this the new Malaysian ranking system.

Being crowned 2010 National champion and losing it the following year due to a string of mechanical failures during that year’s   series made me extremely eger to  regain the title this year. We had made a few set up changes on SLOW based on our runs during our many SODA Sessions held following this event and were happy with the result. 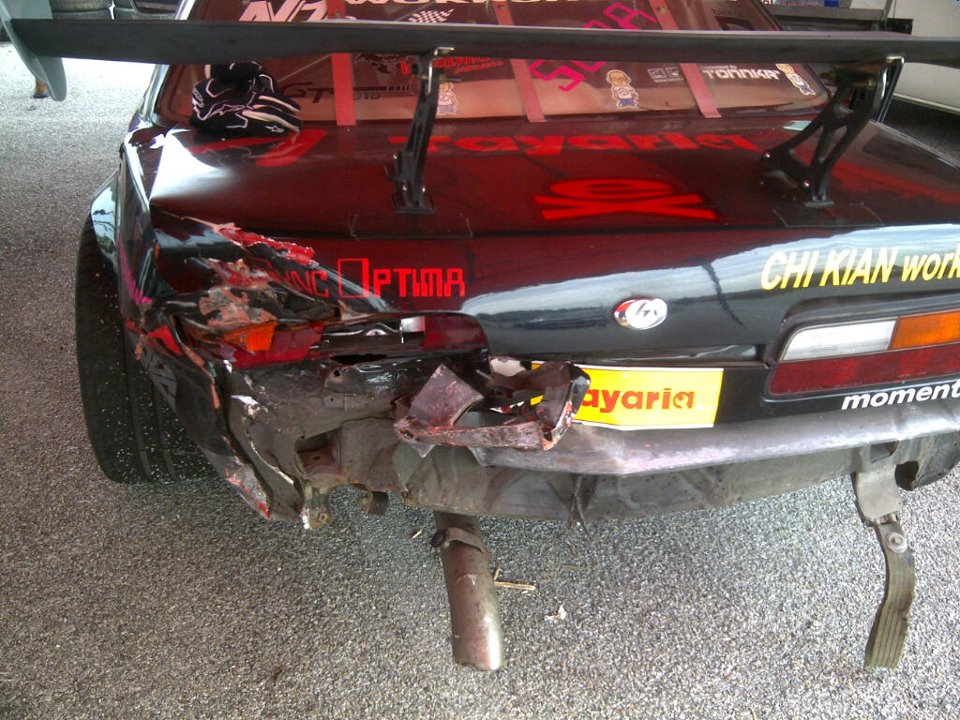 As most of you who follows this blog or our progress from our Fan Page will know; I never got a chance to test the car with the changes made in it’s true form , as the car was hit from behind by an irresponsible individual on my first ever warm up lap. The result of disregarding the Marshall orders of not following another car and just basically “showboating” had caused the incident where the rear chassis and subframe of SLOW to shift to the side and also, I suspect cause the deterioration of the LSD which finally led to my pulling out of the event prior to qualifying the next day. “Shit happens” were cried out in defense out of desperation as there is no logic behind the incident except for pure stupidity. Expressing my displeasure of  the incident was ironically retaliated by calling me “unprofessional”. All I can say is , “Shit” should not have “happen” if people use their brains and don’t behave “unprofessional(ly)”

Anyway moving on, so it was just left to Jeevan, Francis , Ivan Tan and Jane to carry on with qualifying the next day. 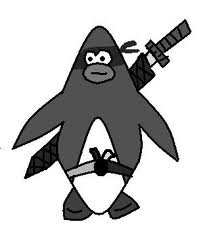 *note to Jeevan: A thousand apologies macha..I’ve looked high and low for your picture in WestLake but couldn’t find any. So I googled ‘Black Ninja’ and this picture came up!! So there..BLACK NINJA!!!

Jeevan with his ‘Black Ninja’ decided to not carry on during qualification due to the sounds akin to a bunch of shirikins rattling in his rear LSD housing. So with a puff of smoke from his smoke bomb, he deceptively made his exit from the competition!! 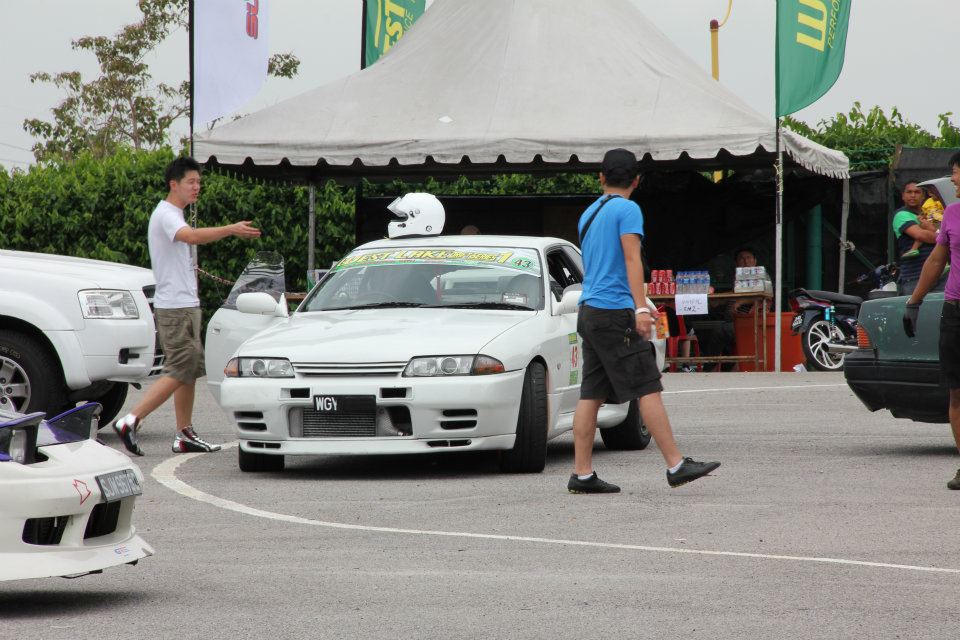 Ivan Tan; one of the few drifters that got into the sport in the heydays , failed to get the car started on the next day!! Wiring perhaps ? But being a sport he is , he appeared unfazed and continued enjoying himself from the sidelines! 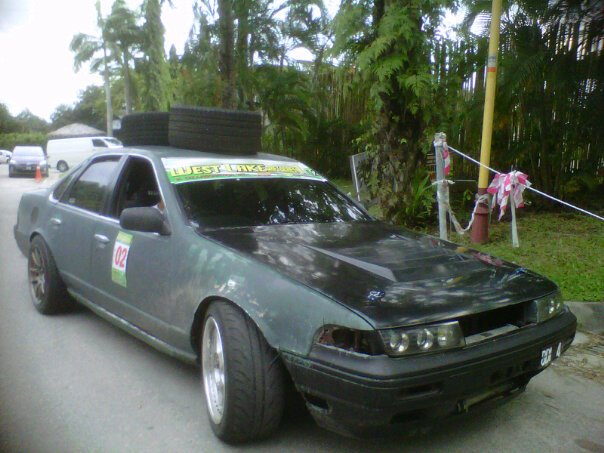 Francis  with his B(ig) cockroach A31 qualified 20th out of 40 odd drivers!! However , nerves got the better of him during the tandem runs which saw an early exit. In time I am sure he will overcome this and will be a top contender!…that is if he keeps his car in one piece. Last seen it really looked like a squashed cockroach! 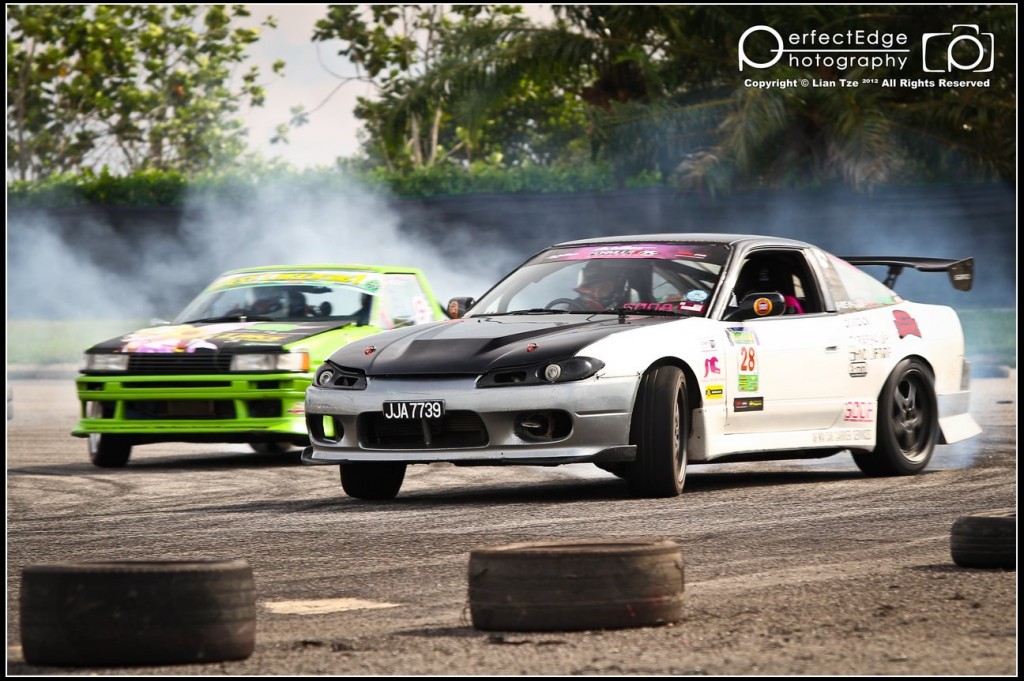 Jane did good with a 15th placing during qualifying, beat Tan Hang Eng during best 24 but luck has it she had to go against top contender ACE-Boy at best 16. She put up a good fight but had to succumb to Boy’s relentless attacks during her lead

As for me not being able to  qualify  has placed me in a difficult position as  it would be really difficult to catch up with the leaders with the 4 other rounds remaining in the series. But I will try nevertheless  🙂