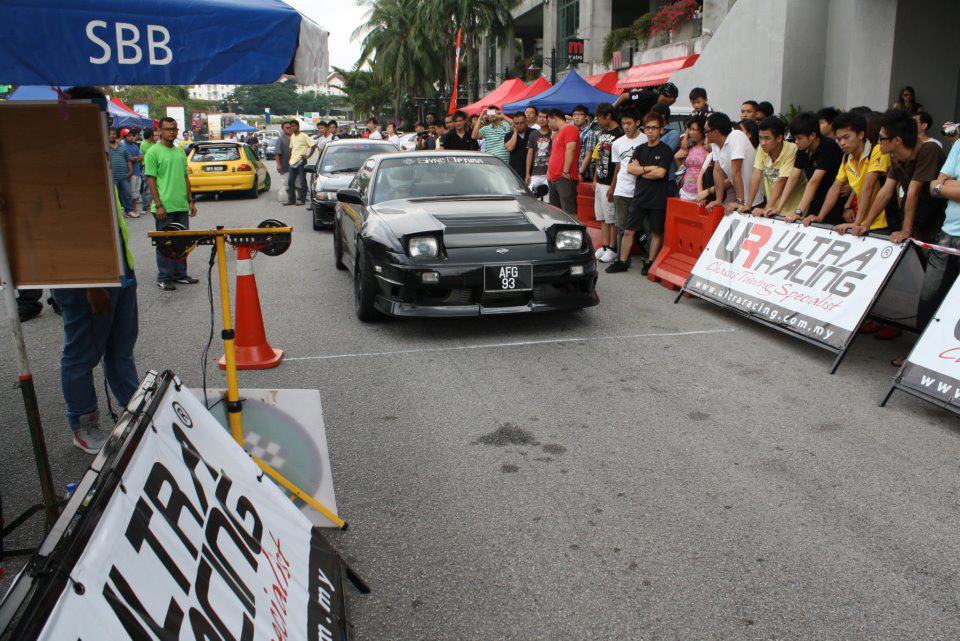 As our weekends are always filled, we were glad that Labour Day holiday fell on the middle of the week as Jeet Singh from Wheelspin motorsport had planned a Gymkhana event on that day. 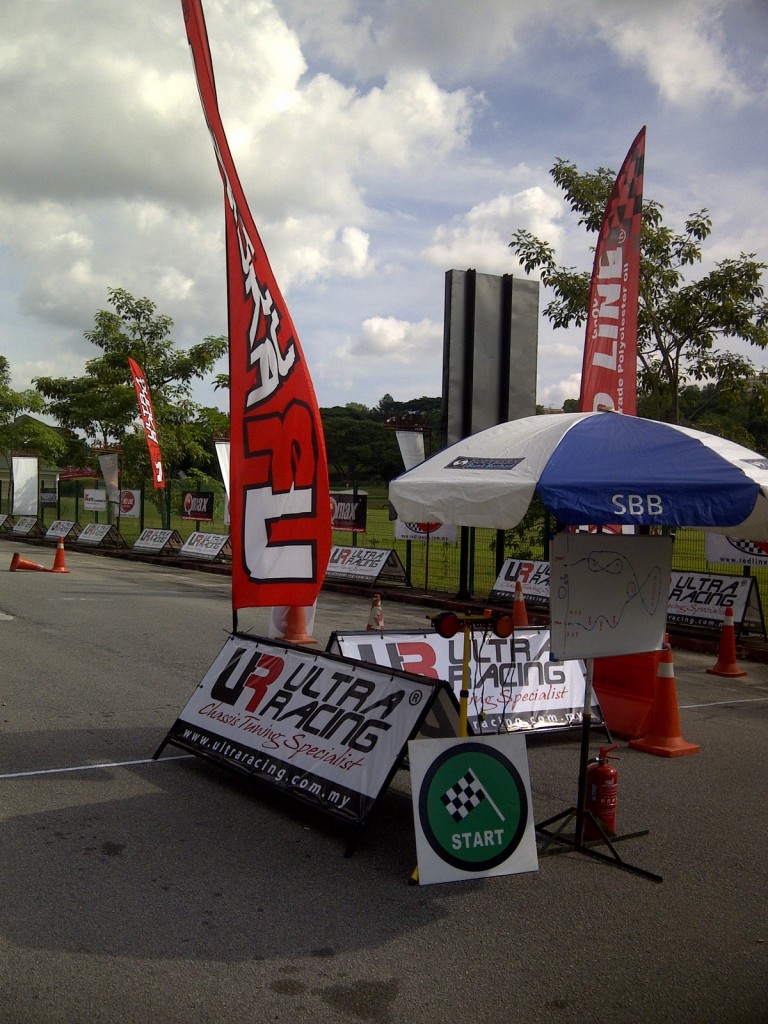 The Ultra Racing Labour Day Gymkhana was held at a fairly tight  parking space at the Mines convention center in conjunction to some motor  show being held there. 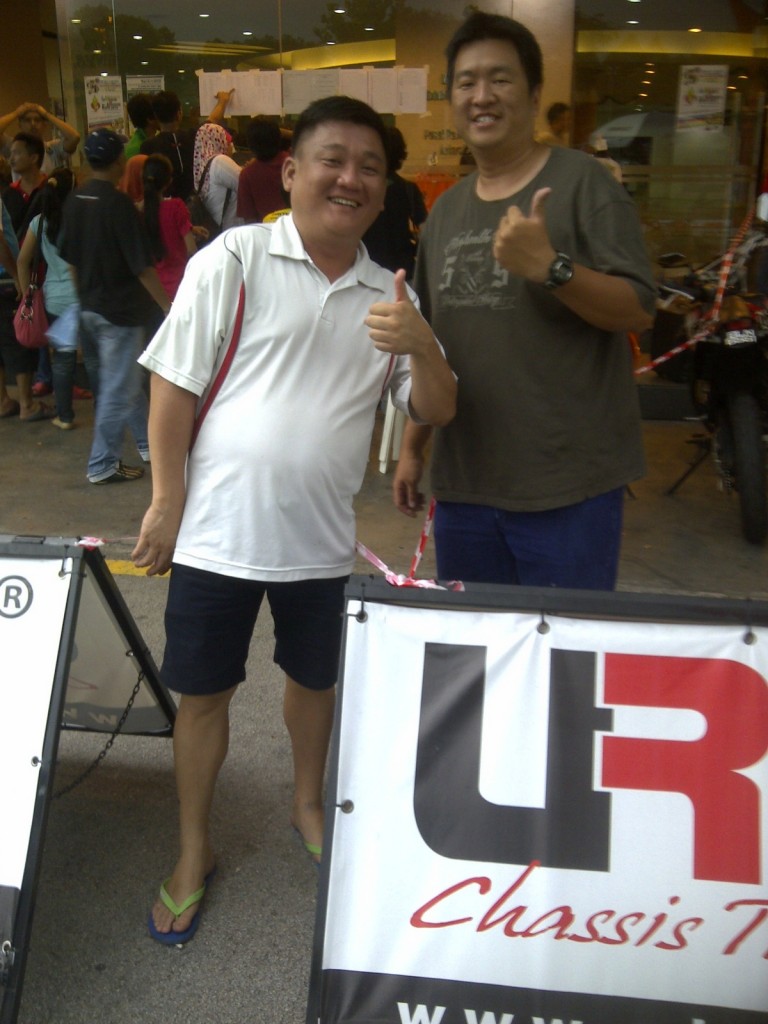 Jane was not able to make it on that day , so I got Terence Lim to join the event and also Lawrence to hang out with. 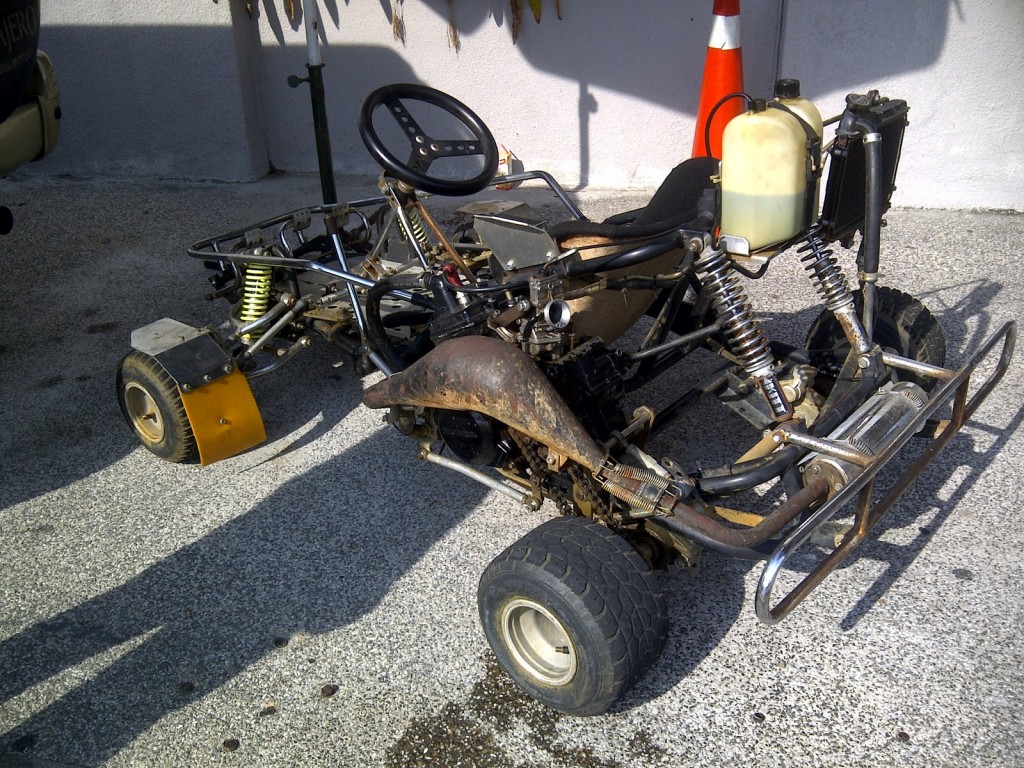 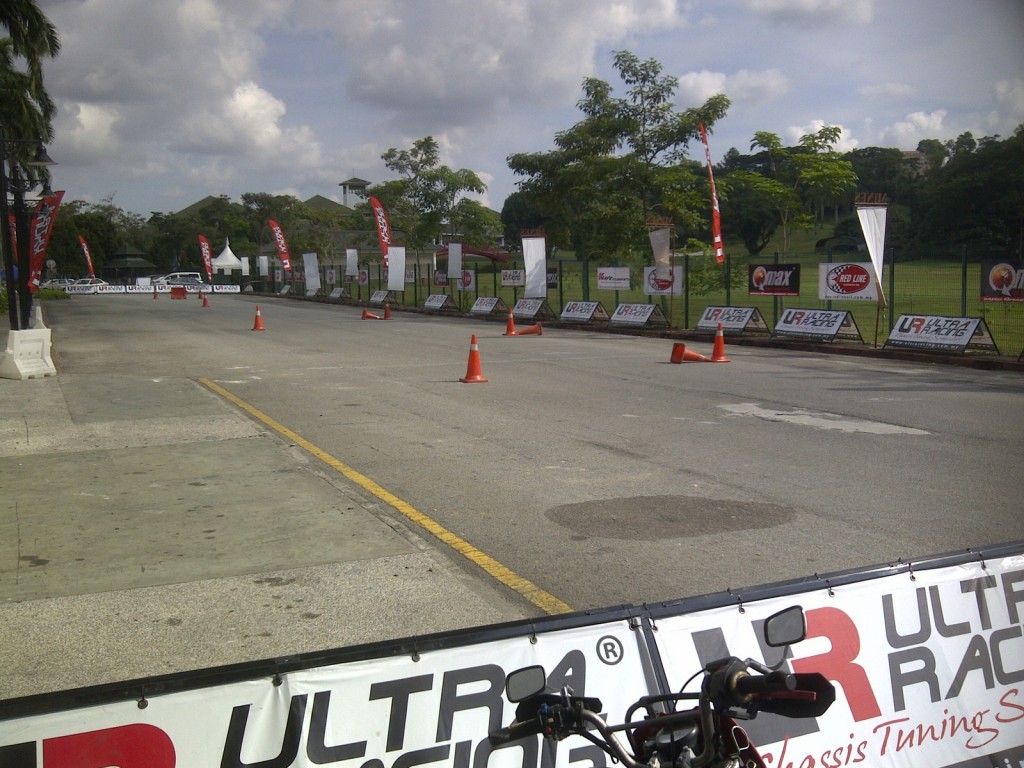 As the course was fairly tight , having a smaller car gave you the added advantage and I would help tremendously if your handbrake work , especially for those tight U-turns and donuts. 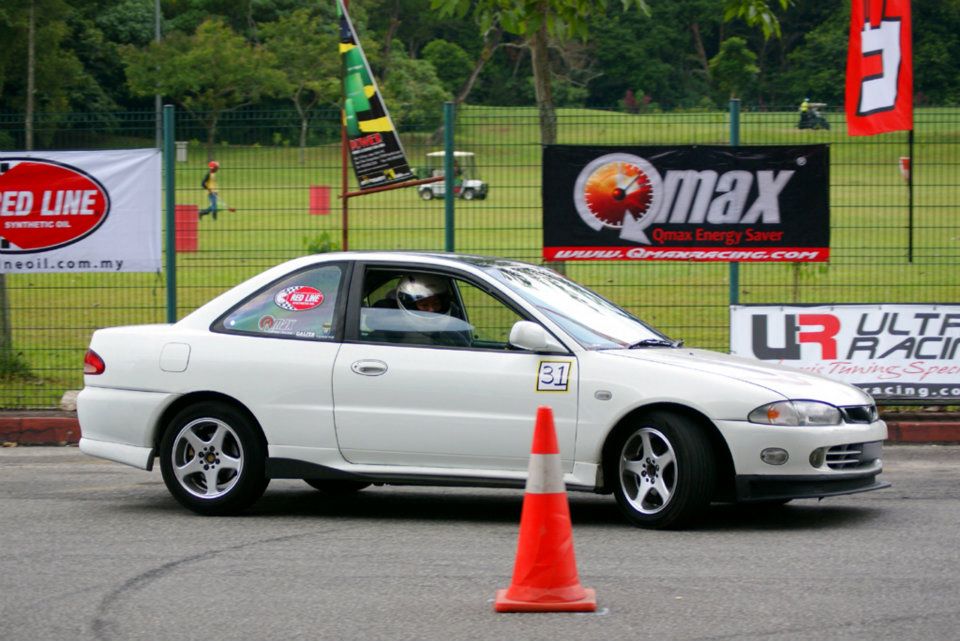 Terence , unfortunately had issues with his handbrake and suffered the whole day with his Putra. 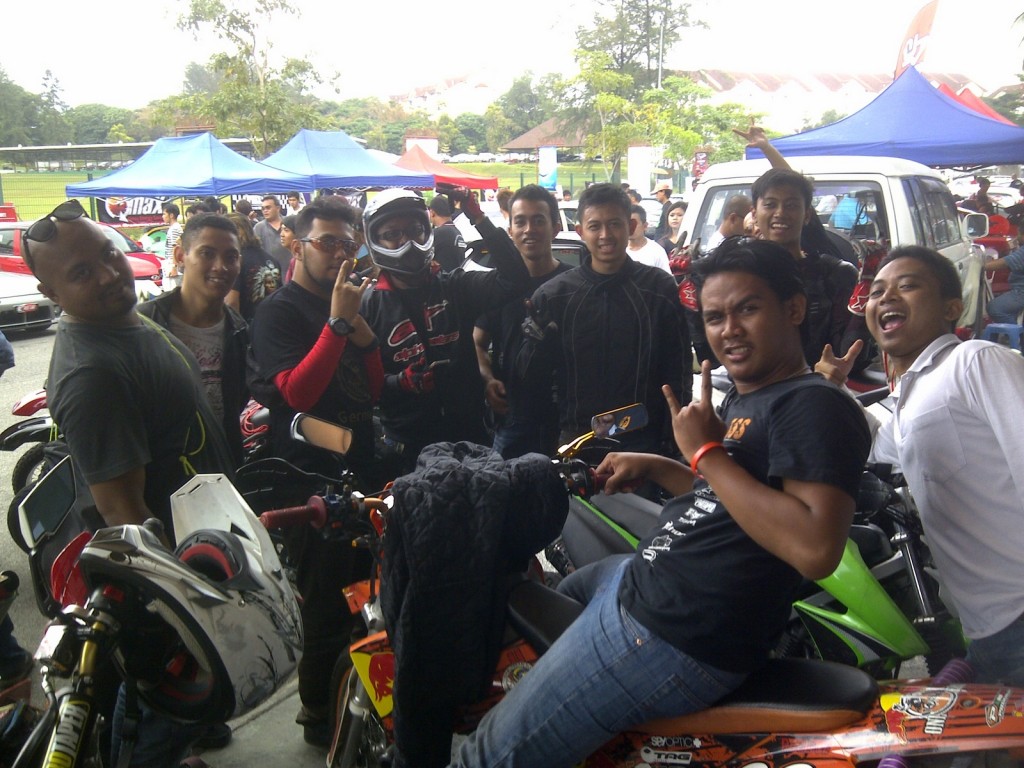 One of the added attraction of the event was the inclusion of bikes in the gymkhana, a huge number of Motards and MX bikes attended the event and also a handful of Pit bikes made their appearance at the end of the day 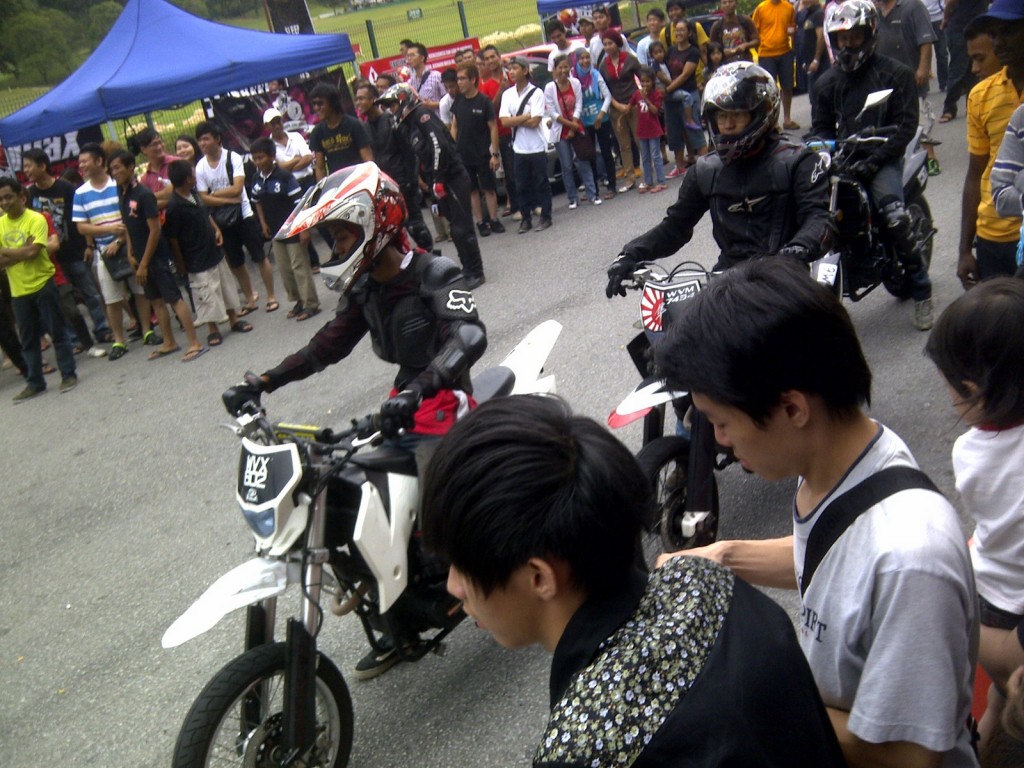 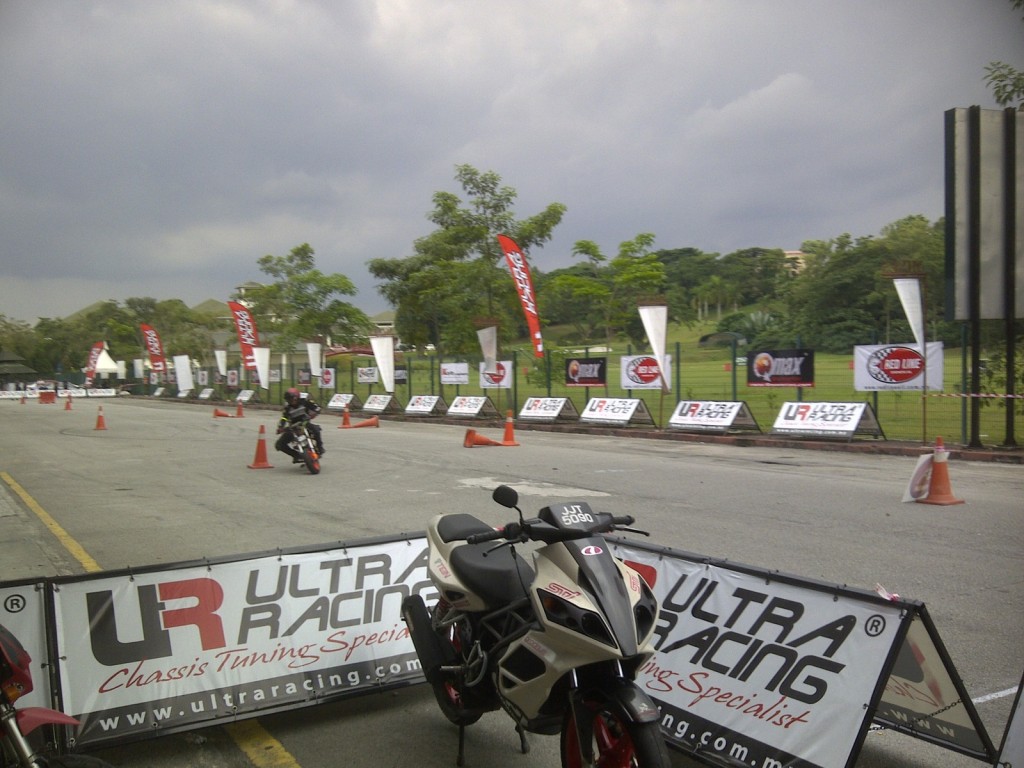 The bikes had no problem negotiating through the course and did better times than the cars , which wasn’t surprising as to how tight the course was. 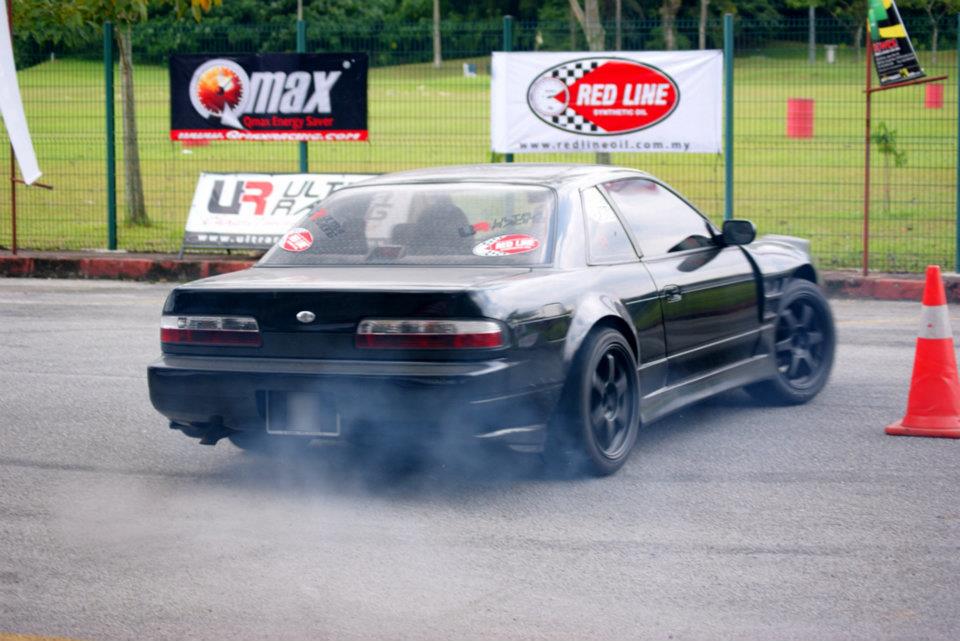 Believing in taking baby steps, I did a few minor changes in the Blackie’s setup since the Race of Champions . Though not perfect, the changes made was a huge improvement since its last outing . 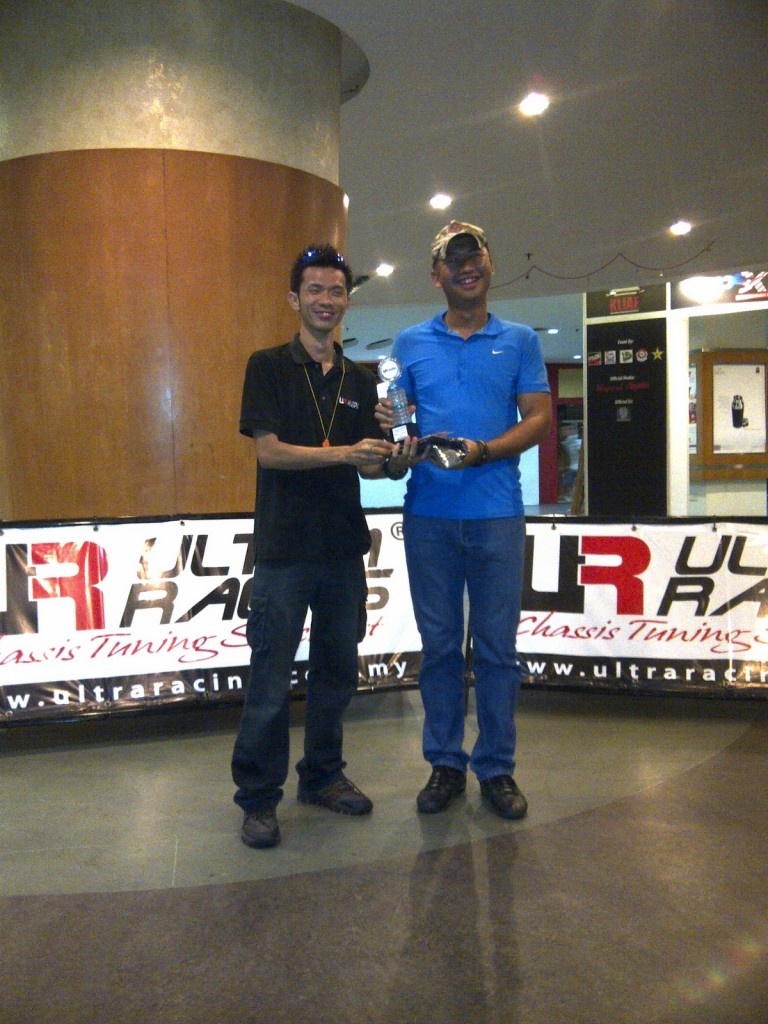 Though not the fastest  overall , I managed to win in the RWD open category and 2nd in the 1 class Open category. 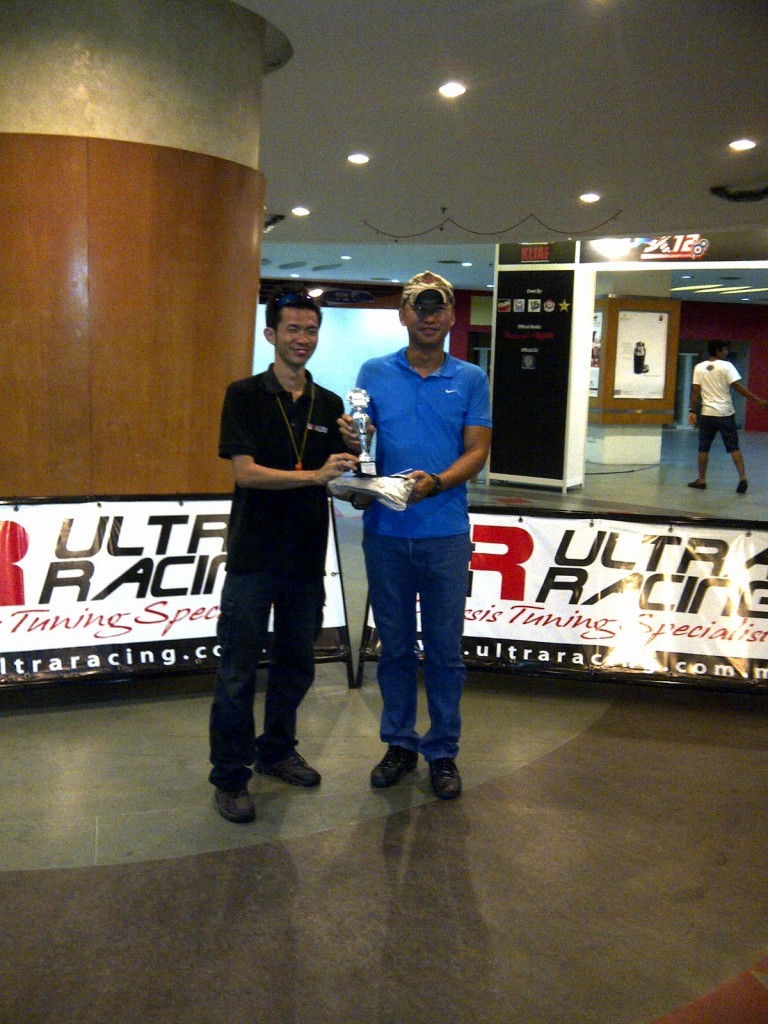 Which I credited to the tips given to me by Terence Lim and also the videos took by Lawrence helped a great deal .Thanks guys!! 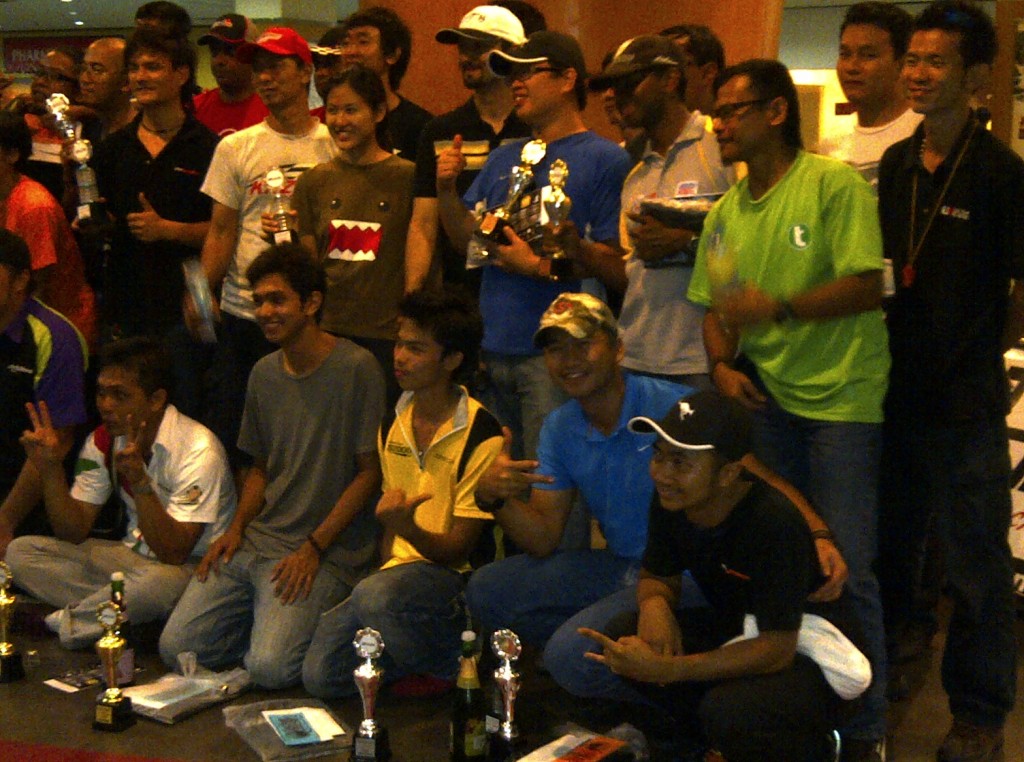 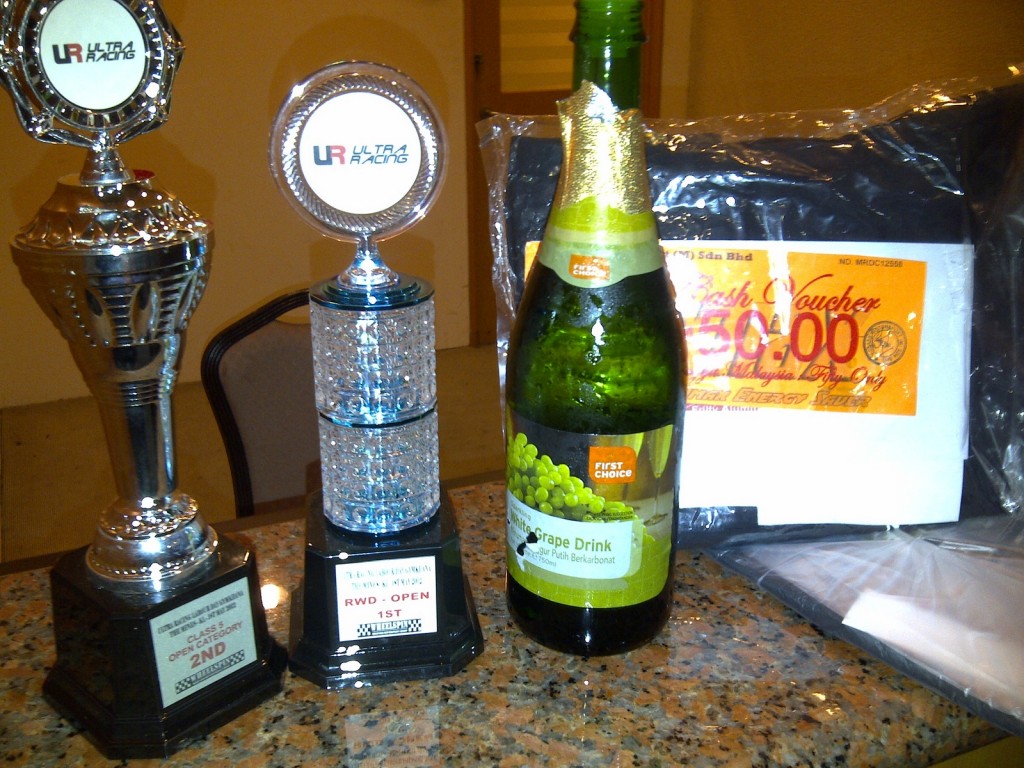