Though finishing embarrassingly 3rd last in my first GRA competition last year, I had so much fun that I vowed to join every single round if they werent any clashes of dates. Last weekend we so happen to be free, so  Team Sync Optima/WHAT decided to participate in this round held in the Stadium Car Park Shah Alam. This first round of the GRA series is the inaugural round where a night run is introduced where participants gets to run on a slightly different course from the day . The best of two runs from each stage is added to get the  final overall time!! This event was also the first for Jenshen and Cheaka and also for Cheaka and I running with  Goodyear tires. 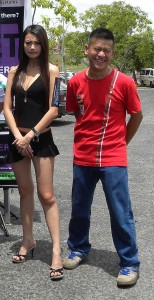 Ian Khong, the man responsible for this event..if you’re wondering , he isn’t the one wearing the skirt 🙂 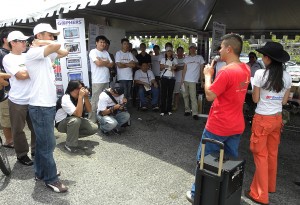 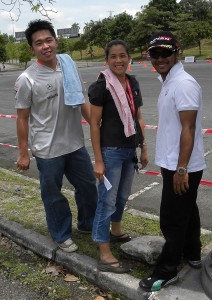 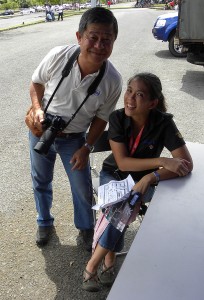 YS Khong and Cheaka, Some people have Keichi Tsuchiya, I have YS Khong. This racing legend had taught me  a lot  and inspired me in many ways!! 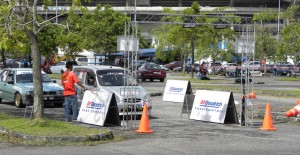 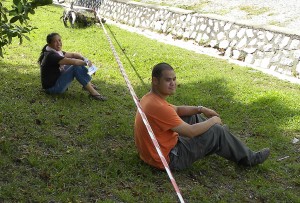 Cheaka , Jenshen and I watched the novice runs under a nice cool shady tree before we got bitten by ‘Assects’…ask Jenshen what are those 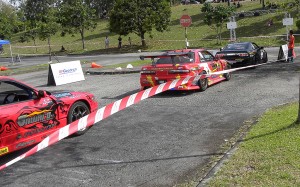 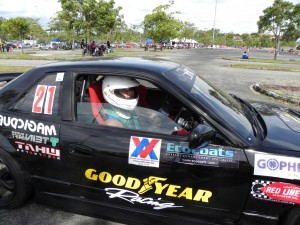 Me waiting for my run 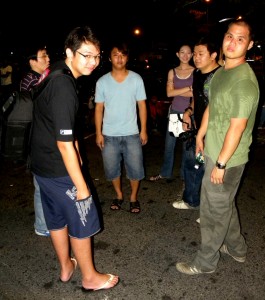 The evening ended with Jenshen doing a lot better than expected but lack of experienced had caused him to do a few time wasting errors which had robbed him from getting a higher placing. I am confident he will alot better for the following rounds!! 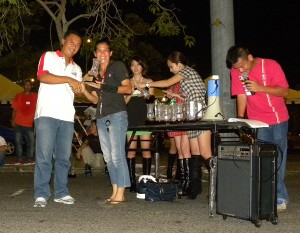 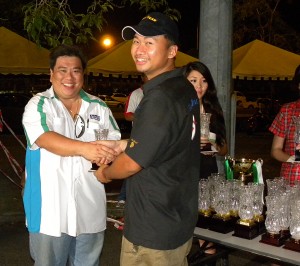 I actually would like to dedicate my win to Mike Ng, whom ironically was my student during the SODA ‘Drift Lesson’ held at Bukit Jalil a week before. Mike being a Autokhana ace had given me a lot of tips on how to prepare and a list of do and don’ts during competition. So I suppose this is a huge pay back for what little I had taught him during our session in Bukit Jalil 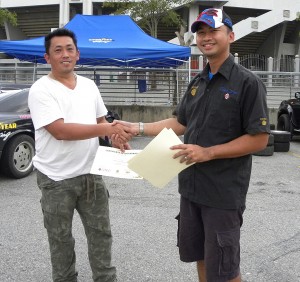 Mike Ng, my Autokhana sifu , thanks buddy for teaching this old dog some new tricks 🙂