The subjective nature of Drifting as a competitive sport  makes this sport unique .Unlike other form of motorsport , where speed or time is the main criteria when  deciding the winner or when awarding points. Drifting goes beyond that where subjective matters like style , flair and aggression are also  key factors which no machine or piece of equipment could quantify or evaluate. This is where the  role of  the Judge comes in. Though clipping points and drifting lines are easy to for one to see , the Judge has a tough task of how to judge style, flair and aggression. What makes one person’s style better than the other? Why another’s flair is better than the other? Often these aspects of Judging in a drift competition causes a lot of confusion and at times frustration to participants and spectators  alike. This is where the importance of a driver’s/drifter’s briefing. Though most Judges look out for basically the same thing, they do however put emphasis on different criteria which will reflect on the points they give. Some give more for aggression but others may stress on flair and style. During the drivers briefing is where you would get an  inkling on what the Judge is looking for. 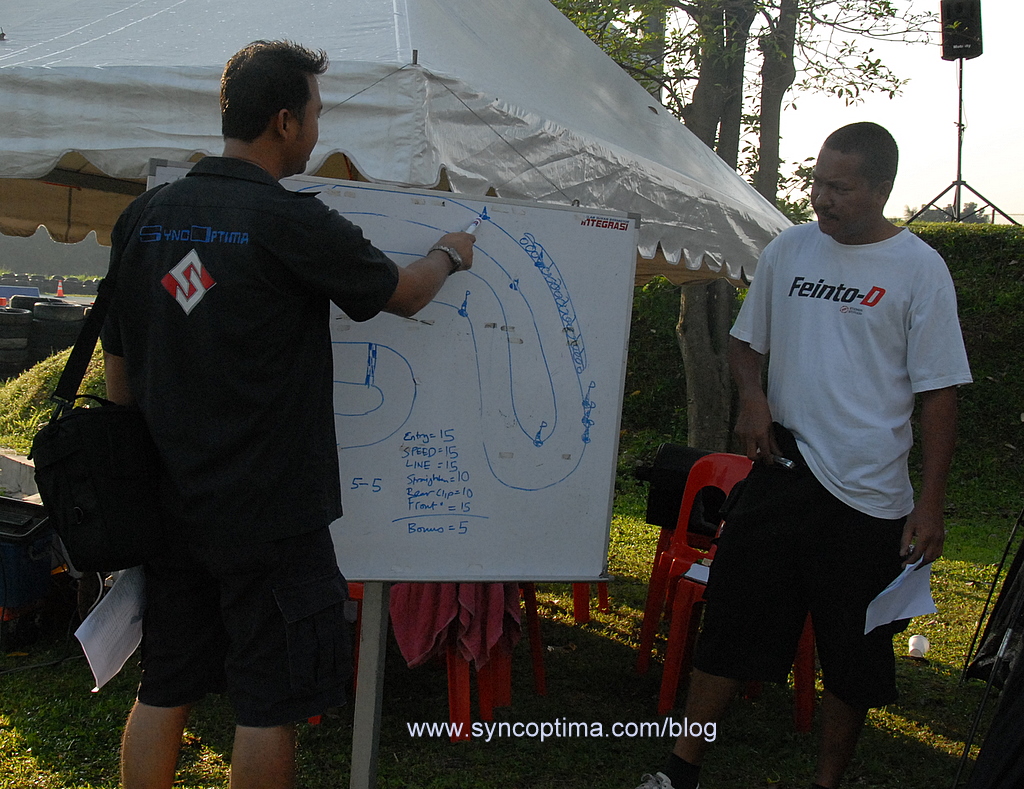 Bombard the Judge with questions. Ask him what is he looking for? Give him scenarios and ask for his judgment based on it. With all that you will get an idea of what the Judge is looking for. So your job is to fulfill that to get maximum points possible.

Tandem or  tsusio is where it  really hits the fan. Imagine this. A Judge with only one pair of eyes has to scrutinized and evaluate  two cars going at each other. Added with the fact ,due to logistics or location , at times  the Judges stand is not located at the  most ideal location .Most of the time he might not have a good vantage point to see what is going on . To make matter worse, sometimes competitions run till its dark  where low light or glare makes  visibility is really low. If you think thats tough , how about ; the tandem participants do not drift as close to one another during entry and approach to the first corner as its the only way to not get caught being cut off  :p

How in the world could he look at both cars simultaneously ? With situations as such, it should not be  surprising if the Judge makes a wrong call. So yes, we as Judges  all are capable of making mistakes.

As a competitor, there are two ways you could go about it; 1) Accept the Judge’s decision and haul your ass out of there as soon as possible and sulk in one corner or 2) Protest..

Protest, if allowed , should be done as soon as the judgment has be made: No point making big issue after the next tandem battle has taken place as this will disrupt the flow of competition. All start marshals are equipped with  walkies which connects directly to the judge or someone sitting next to the judge. So if you have anything to say , tell it to the start marshal. If you are not satisfied ask for permission to go to the judging stand. Again this is to not disrupt those going on for the next run. Only protest when you have concrete evidence ( Video or track marshal) as witness or really feel strongly against the Judges decision . After presenting your case the final decision falls only on the hands of the Judge’s decision. So its either the Judge  accepts  it or you have to accept his. Leave immediately to avoid holding the event back or if the Judge agrees at doing  another run then go to the start  to prepare for another run.

A good example to show a good protest ethic was displayed by Meryvn Mohd  of Federal Tyres ,during the last round of MDC last year. He was unclear why my decision of giving the win to his tandem competitor so he requested to come up to the judges both to make an inquiry. 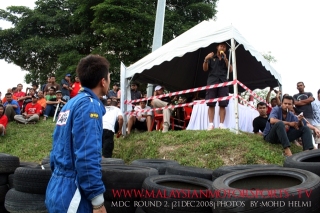 He came up in a respected manner and asked. I explained it to him and he thanked me and left. This is a very good example of a proper approach any drifter should take ,not so much for agreeing with the judge’s decision but more to the level of professionalism  displayed and the dignity and respect he showed to the judge . Remember ,your actions or behavior you display, will reflect on your sponsors and also more importantly on yourself as a person.

Judges are human too. We are prone to make mistakes like everyone else. Most importantly , these mistakes are not intentional.So please show some respect laaa….