As I have said before; the Palace of Justice’s parking space where the drift sessions and competitions are normally held has the best surface in Malaysia. Rightfully so , as the Ministry had invested alot of money  on resurfacing the place just for the sport of drifting! This is something that Malaysian Drifters should be proud of as I have yet to hear of  any other country where the government has invested so much for this sport. As a result, I make it a point to turn up to any event of competition held there by the Ministry to show my support and my appreciation to them. 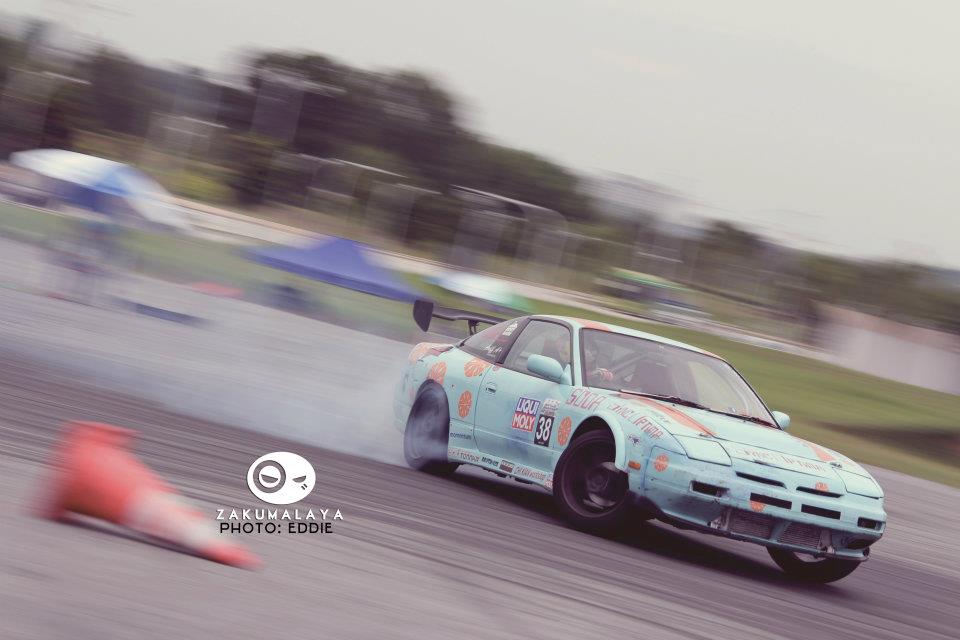 The KBS Drift Challenge was no exceptition and for this round, Jane and I had decided to play host to Murata from Final Connexion/Samurai Racing by sponsoring him a stay and a ride for this event. I was  impressed with Murata’s drifting especially during the 2009 FD Thailand where he not only knocked me out for best 8 but was stop from going further by some dubious judging calls . Anyway he along with Namza and Karn made their way here and made do with what we had to offered him Thankfully,J4M8u proved to be a decent enough ride for him to agree to compete in. 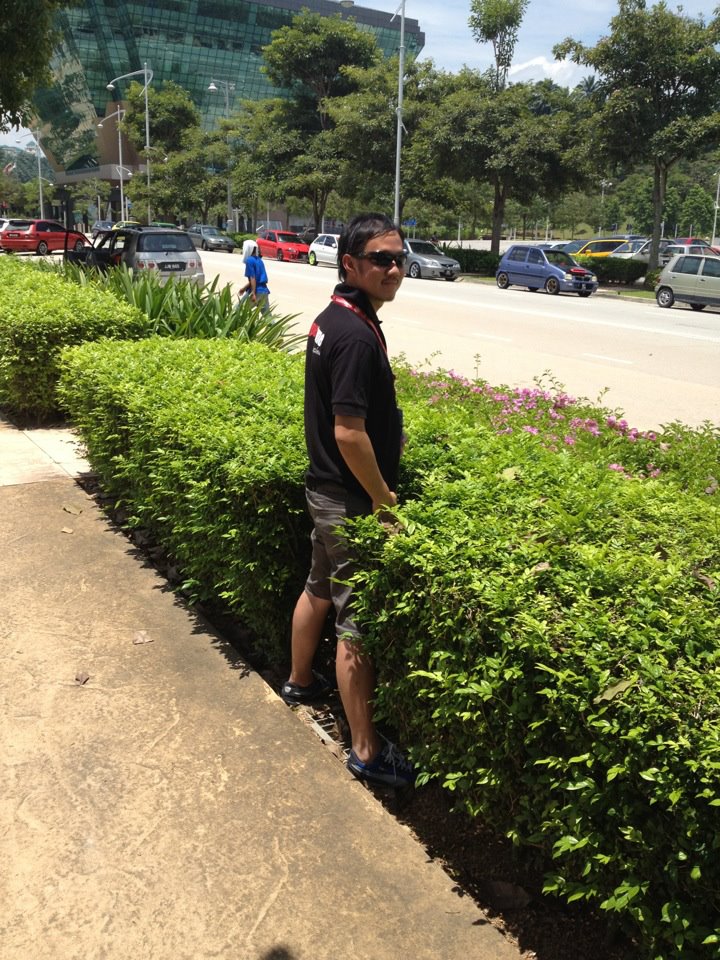 Also joining us for this event were KSOC’s Milton and Mah Lao. This was the first time for Milton to compete in the peninsular and was using a newly acquired 180sx he had just purchase from JB. However he blew the engine the night before and was forced to qualify in Mah Lao’s s15 which he was not to familiar with. 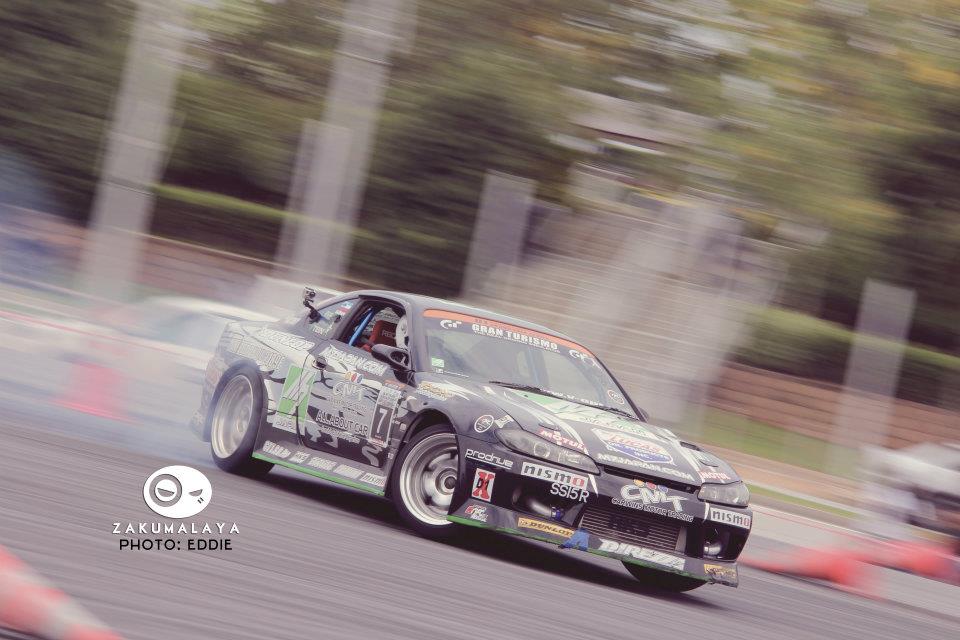 Mah Lao faired a bit better without any major mechnical issues but failed to make it to the best 16. With better prepearation I am sure both of them will do alot better the next time around 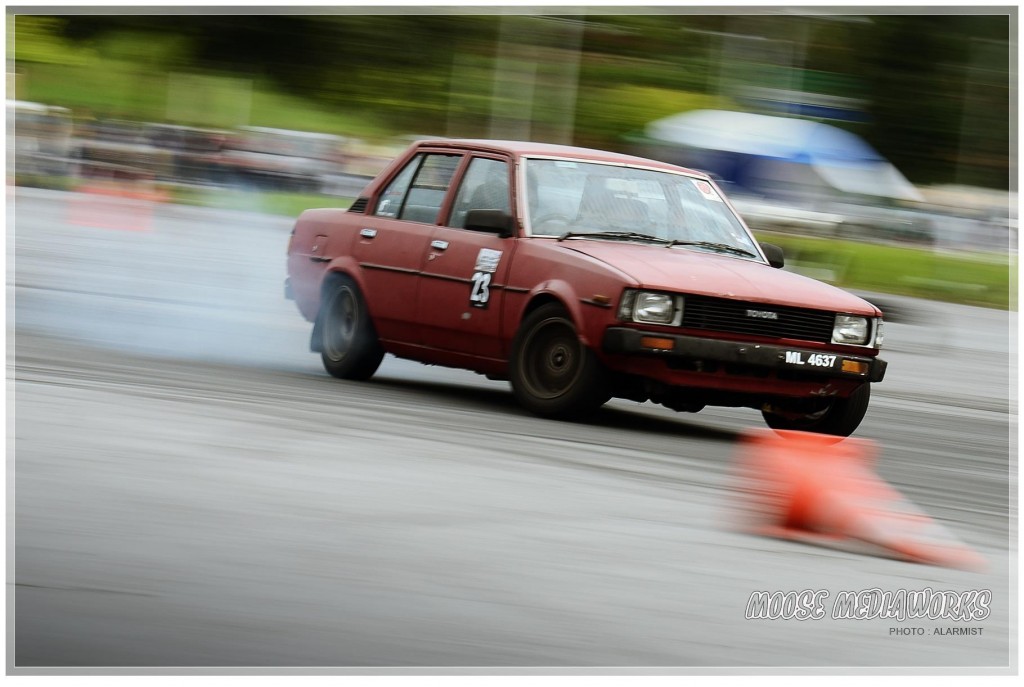 Making his comeback, Mike Kong with his 5 year drift experience, managed to qualify and get into best 8 while piloting his girlfriends KE70! Alot of time and resources will be needed to make the KE70 competitive, which  will definitely yield even better results in the future. 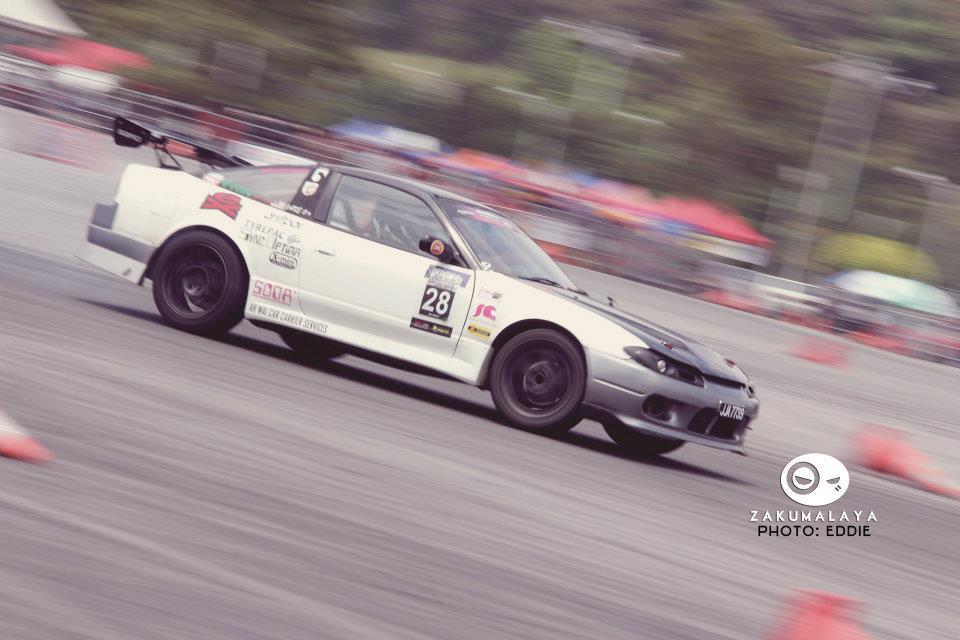 Jane qualified 11th but was knocked out early due to her front tires failing. 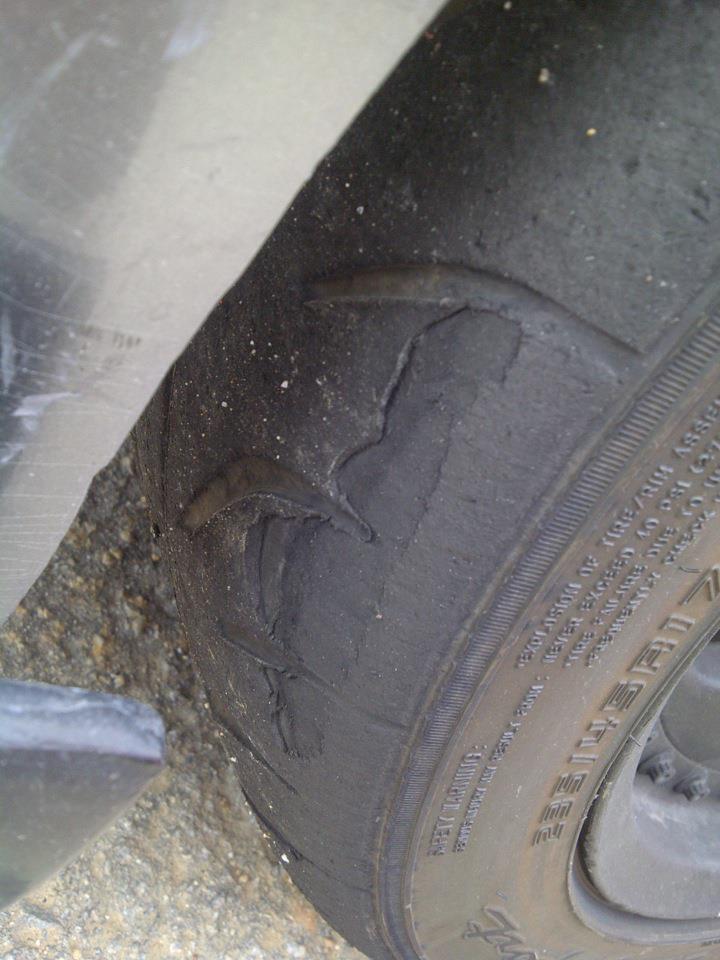 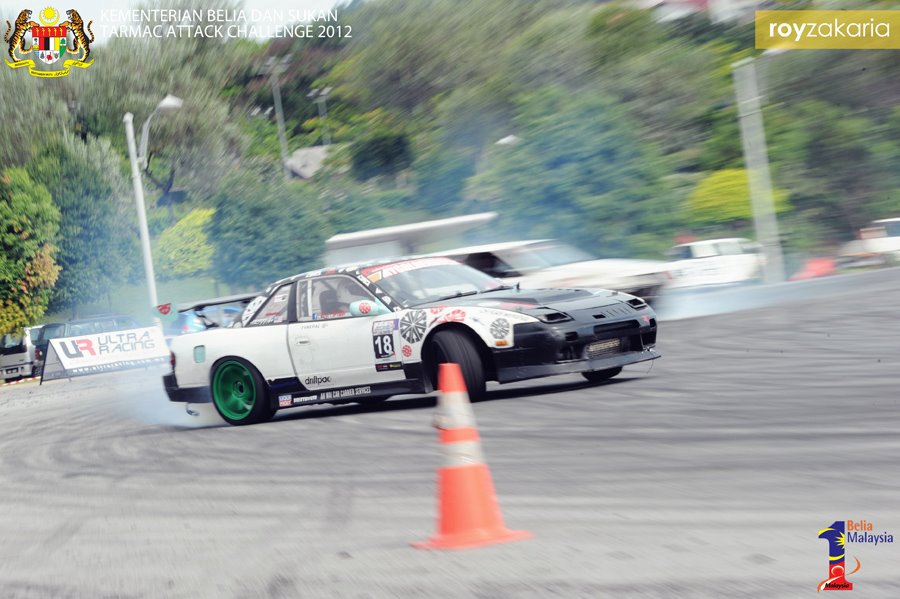 As for me, I qualified 3rd and made it all the way to the finals. 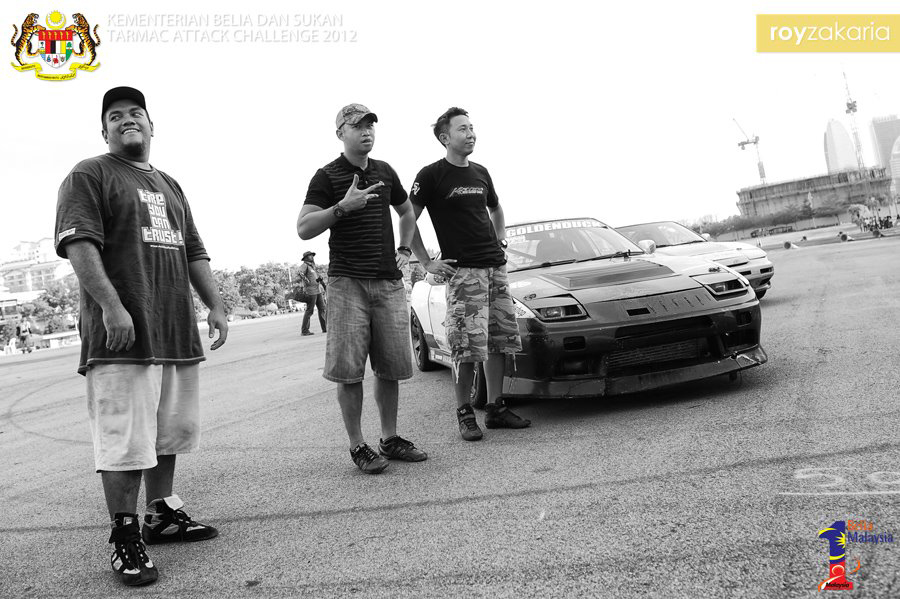 I had to go against Bullzai who did a good job qualifying 1st for the event. With him leading the 1st run, I had managed to win the advantage going into the 2nd run! On the next run, Bullzai made a huge correction leading to the final corner but as luck has it, I spun less than a meter before the finish. I can’t figure what happen but I had accepted defeat. 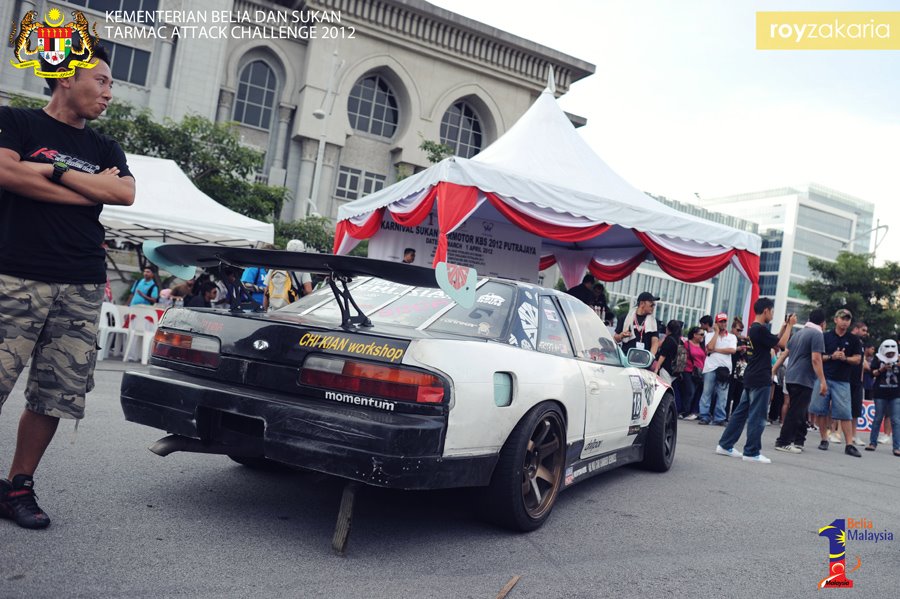 Murata managed to edge out Along Rempit for the final spot on the podium! 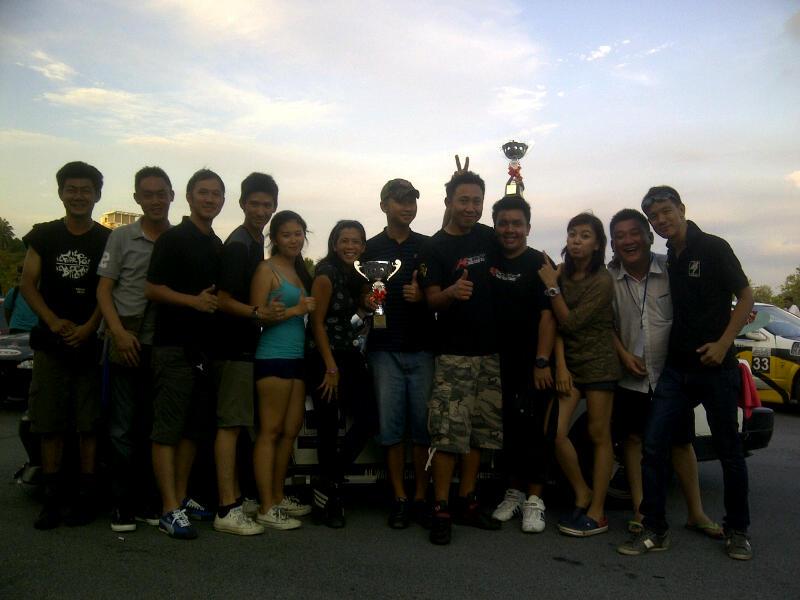 Though bitterly disappointed with just throwing my win away, I was content with 2nd place. What I was most happy with ,was Team Sync Optima did  a great job with a 2nd , 3rd, 8th and 11th finish !