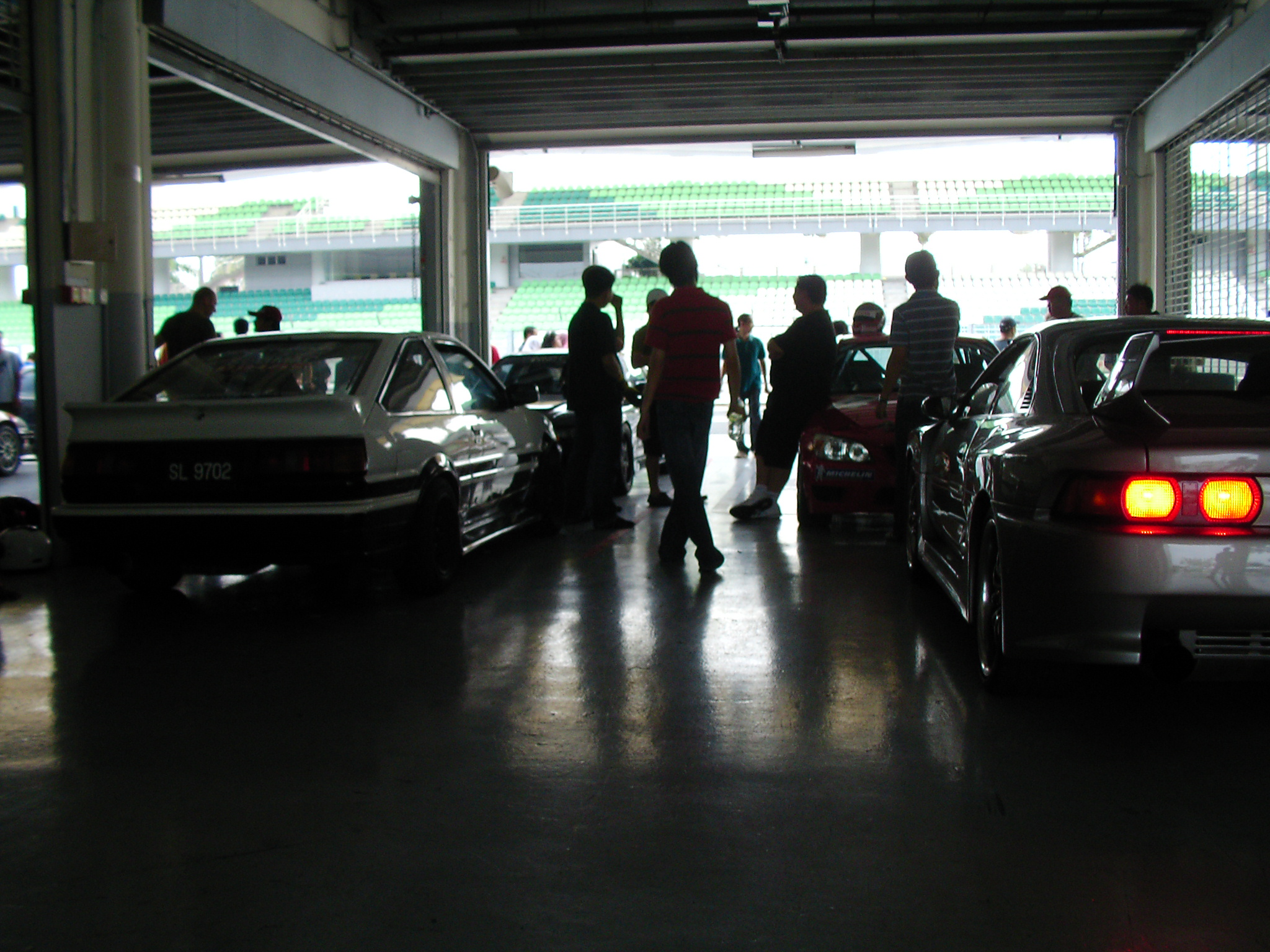 After being inspired by Leon’s in car video of a recent track day, we decided to round the guys up and give it a go. Mind you, its been 4 years since I’ve been in Sepang grip driving and thought it would be a refreshing change. So, Ryuk1d, Ivan, Leon, Khong,Melvin, mike xtreme ,Cheaka and I got there to find the pits packed with cars!!

I took the first few laps easy with an over inflated rear tyre, trying to relearn the track before going all out. One benefit I found out about bringing your car out on the track is all the short comings of your ride becomes obvious. My lack of braking power was the most prominent out of the list though it never got worse or face  any fade.( It was  just crap throughout :))  Next was  the escalating oil tempt; an oil cooler is a definite must as I was hitting temperatures above 140. The water tempt was good, hovering between 90 and 98, but it was the oil temperature that had forced me to limit my runs to only three laps before having to pit in. Next was my  belt  slipping problem, it was most apparent when  hitting high revs. The funny thing is , I had not noticed this problem while drifting  which I suspect  is due to excessive tyre noise ( either that or I am an idiot 😀 ) 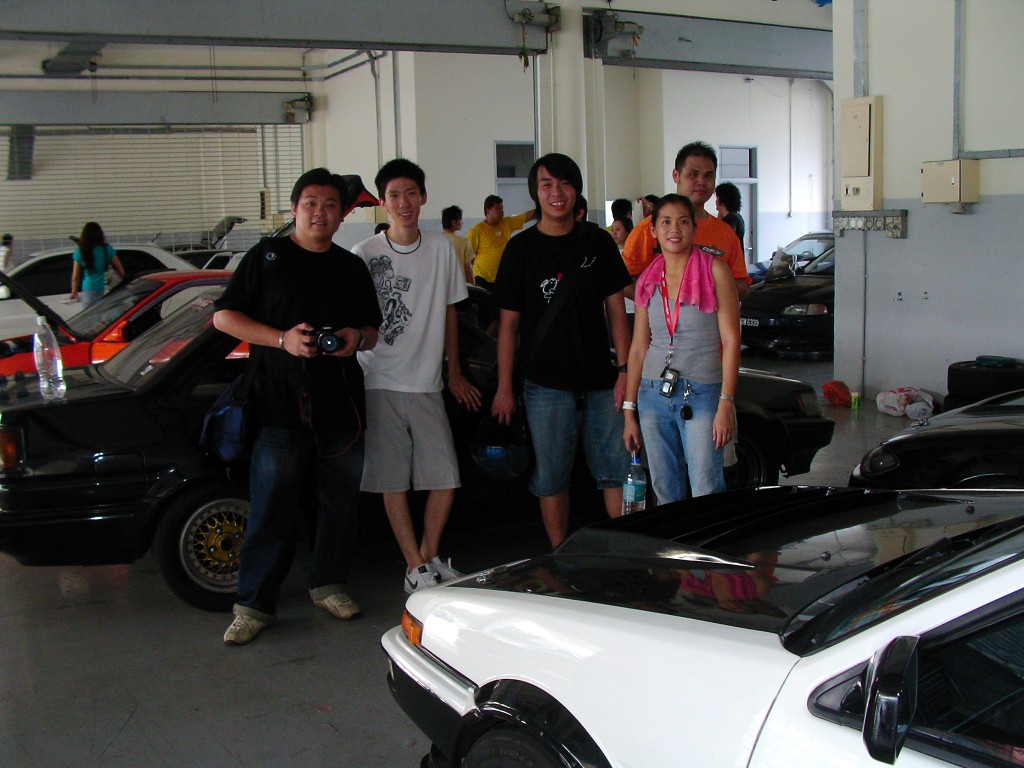 There was a really nice AE86 parked at the rear of the pit that day which so happens to belong to mike xtreme’s friend..Really love the rims!! 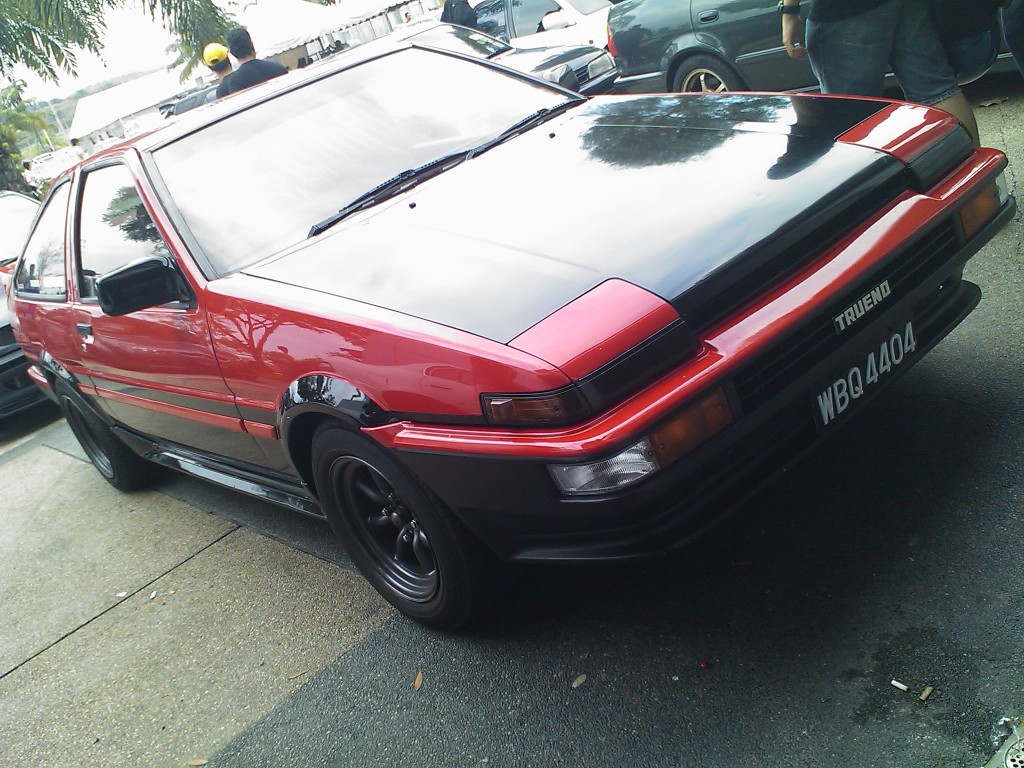 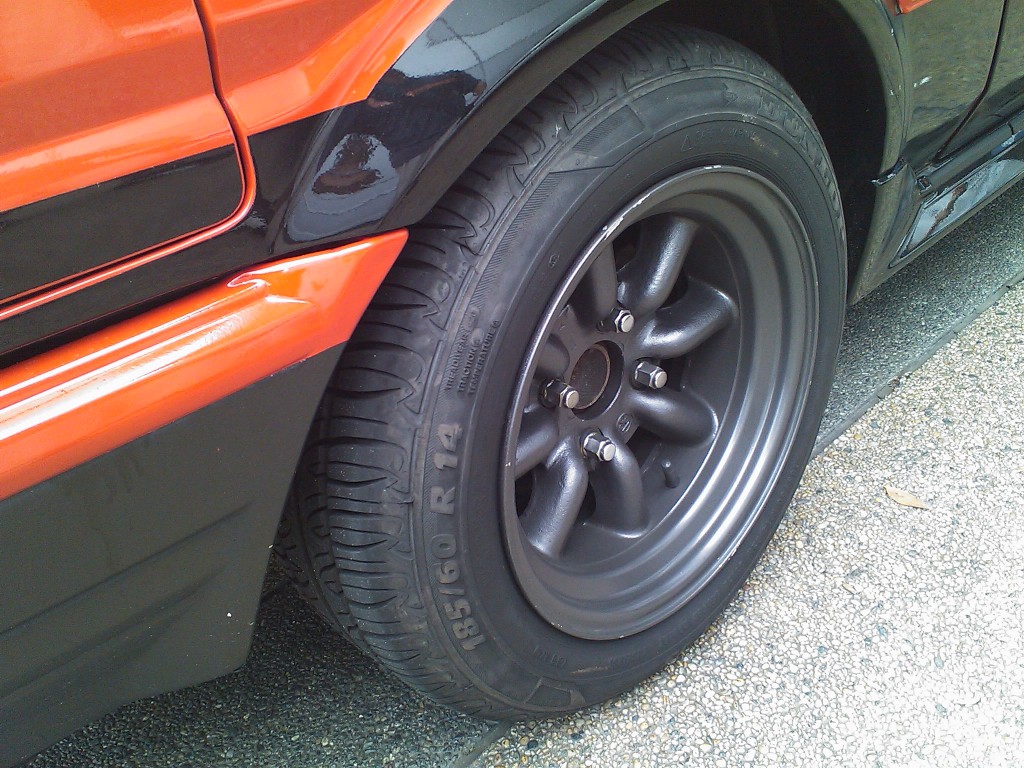 I didnt take much photos but promise will do on the next track day!! we will keep you posted