Oh god!! has it already been that long??? Well as promised heres the rest of the coverage of FD Malaysia 2009 ,which I thought was my worse FD yet ( This year’s Singapore FD  tops it , hands down!!)

We all got to the track early the next day. It was a good thing that the replacement throttle had arrived as today is the offical practice followed by the qualifying session 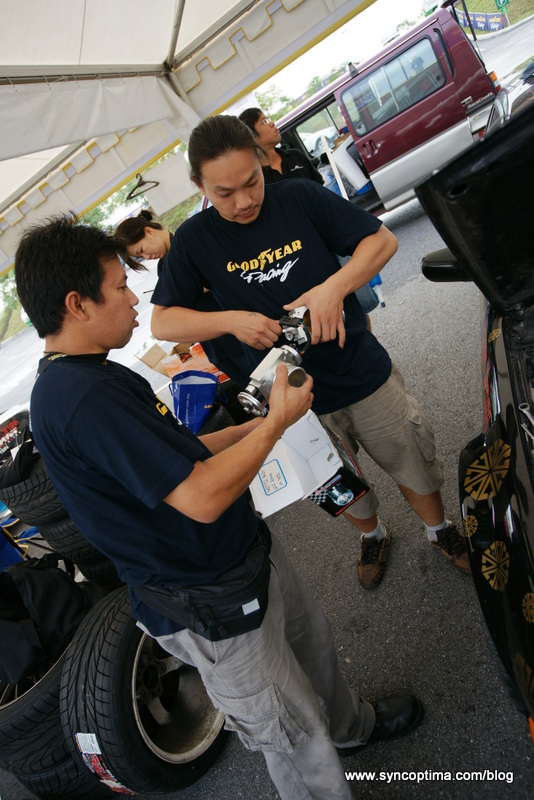 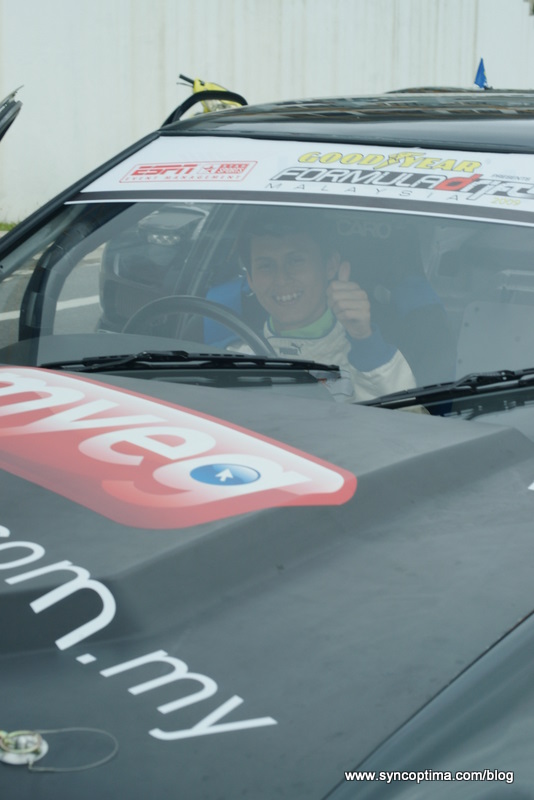 1st practice had everyone in a joyous mood 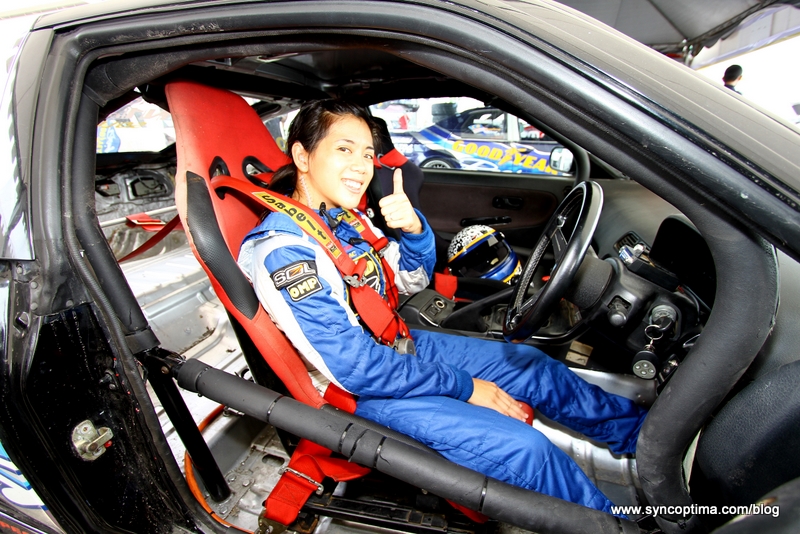 everyone is raring to go 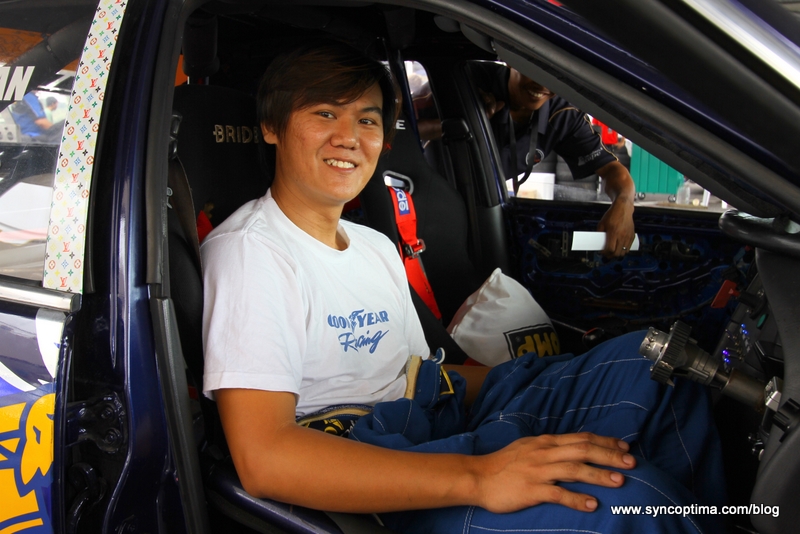 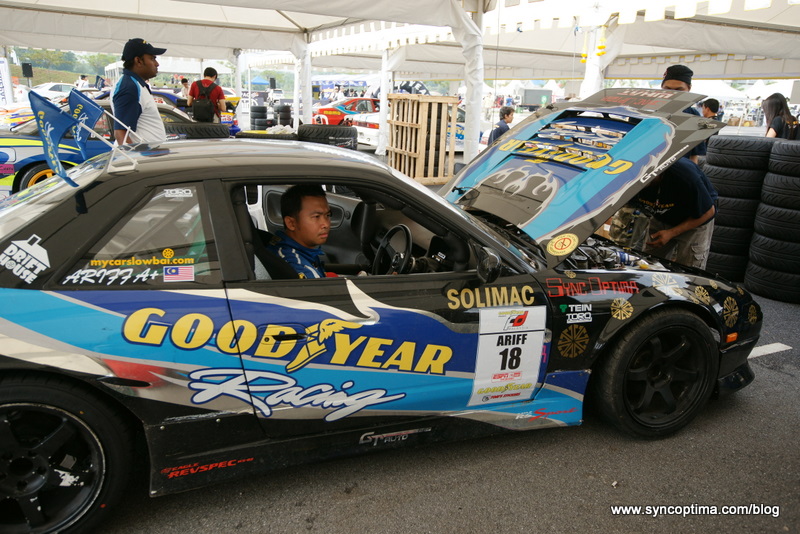 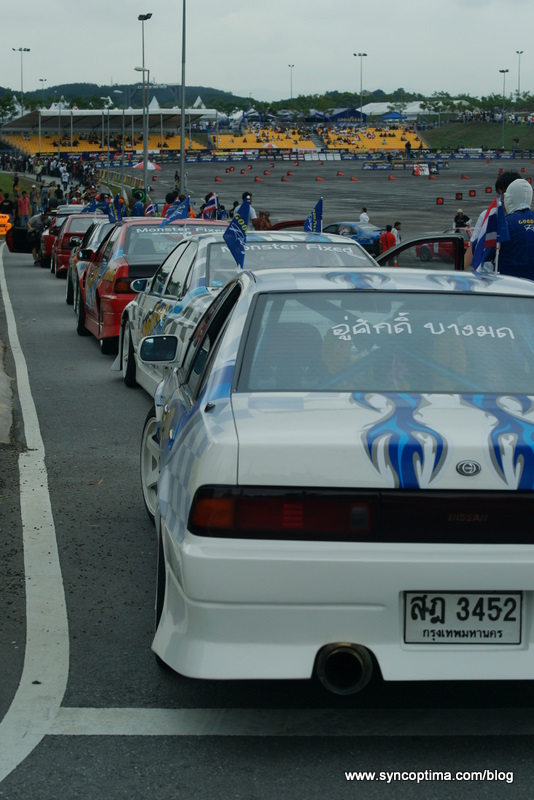 Finally we got the car together and I was excited to test the car without its gremlins.. 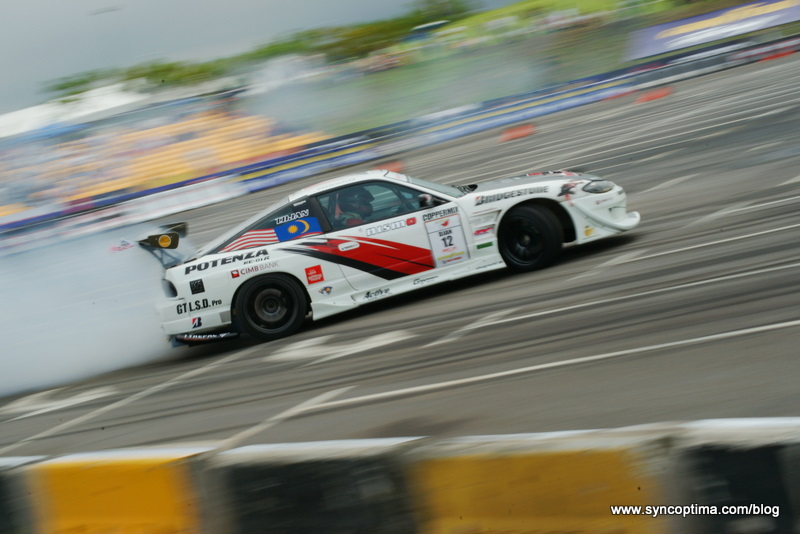 everyone was doing well 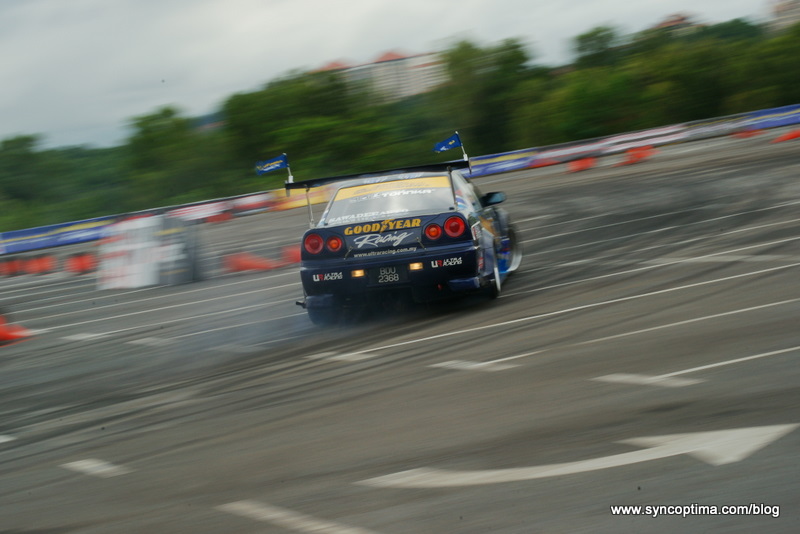 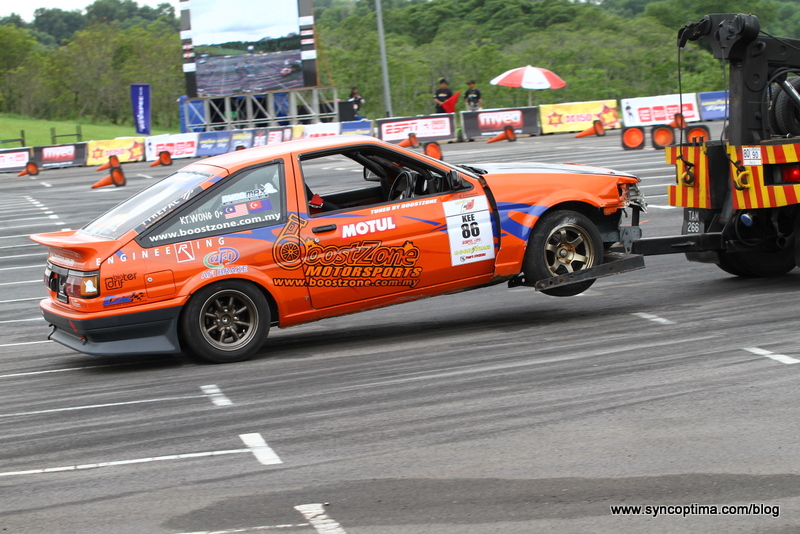 The first casualty of the day 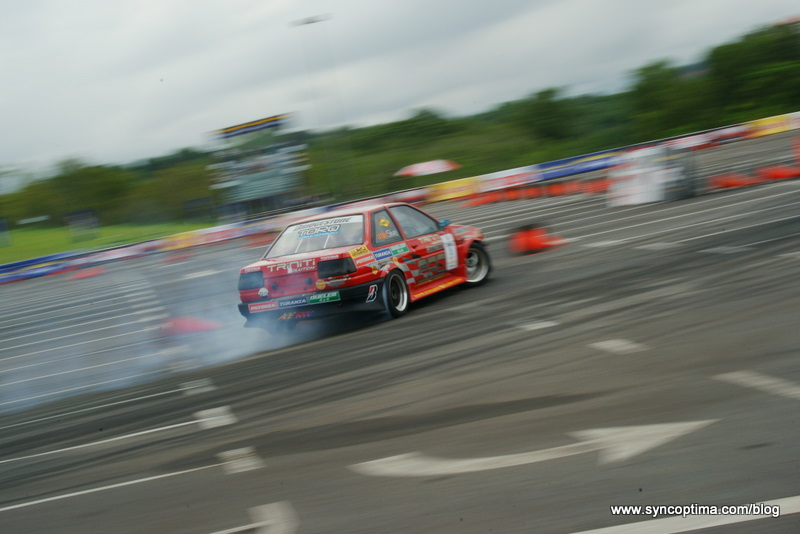 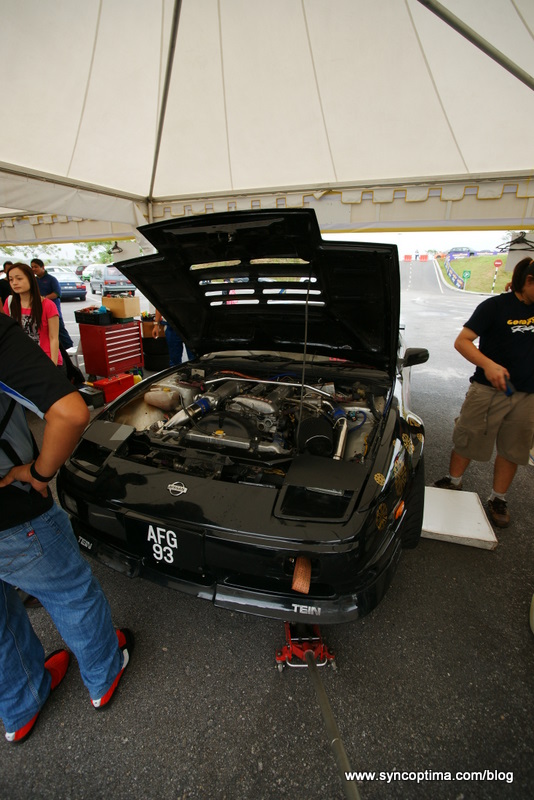 My practice time was cut short due to a leak in my manifold.. 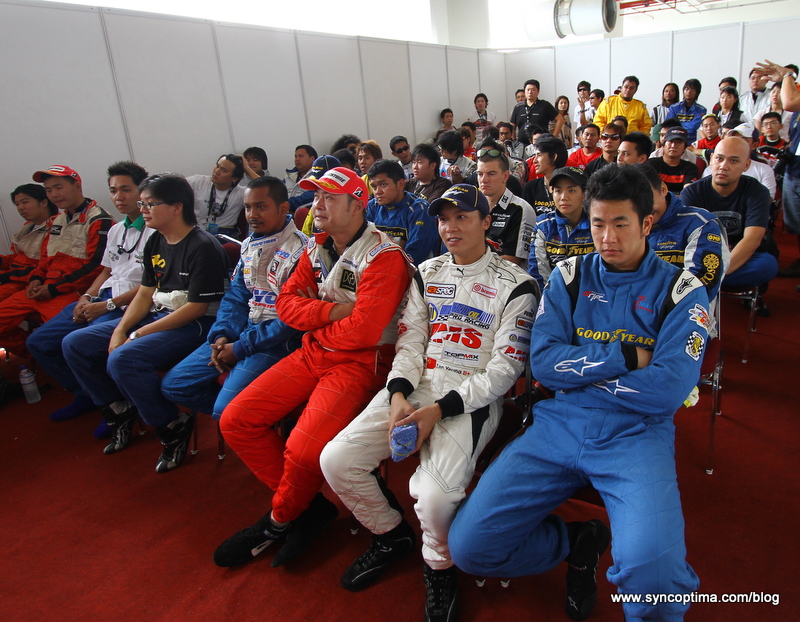 Everyone waited patiently for the judges to arrive for the 2nd drivers briefing. Djan took the opportunity to do a few facial excersise while doing so 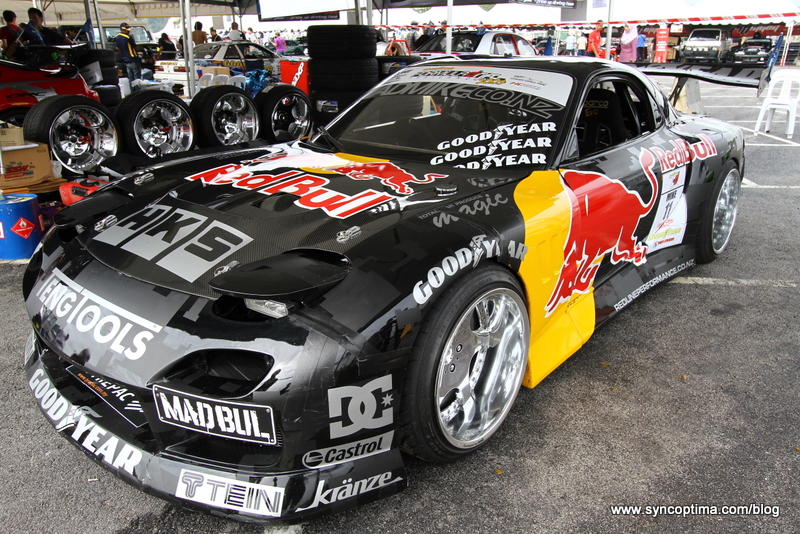 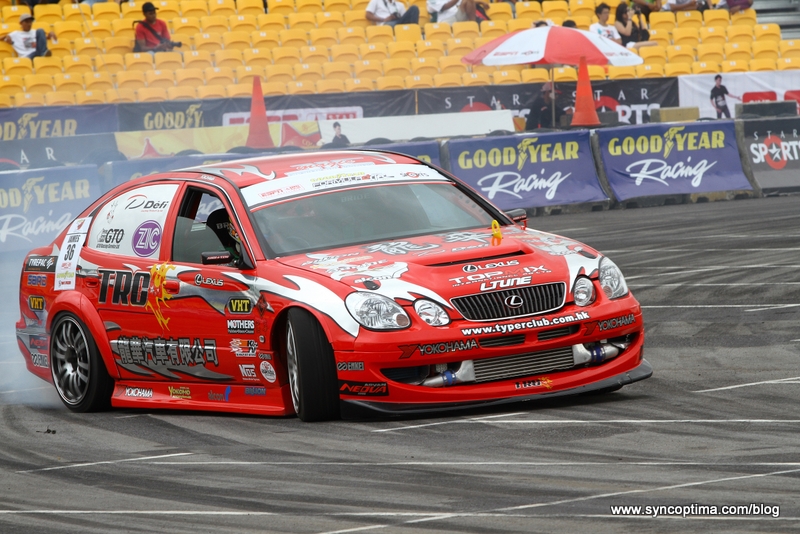 Another beautiful ride belonging to one of the Hong Kong drifter 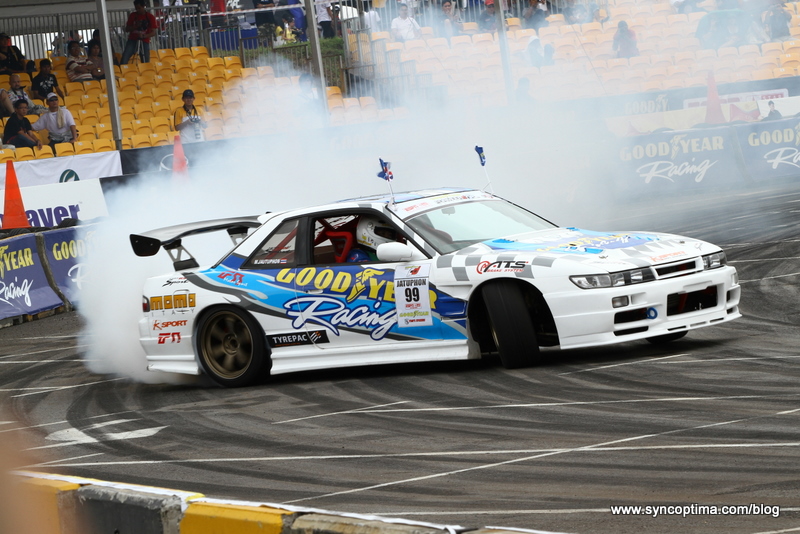 Pop of Thailand pulled out a few beautiful runs during practice 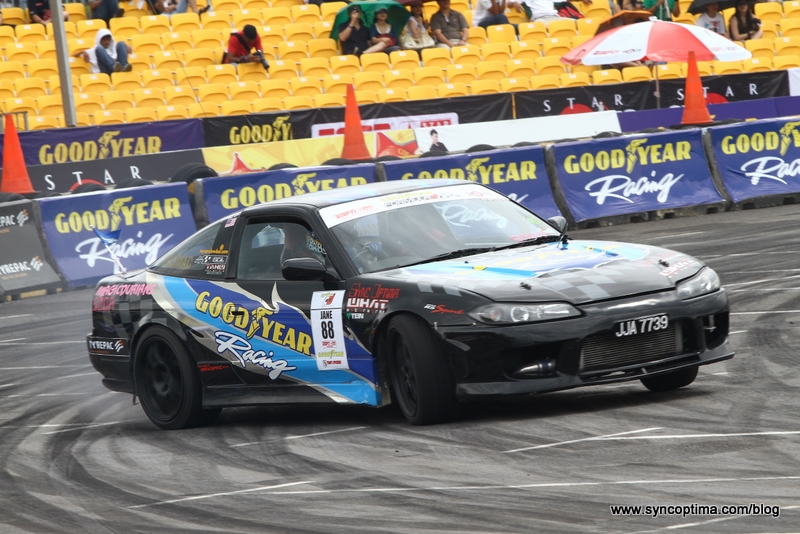 Jane was consistent all day 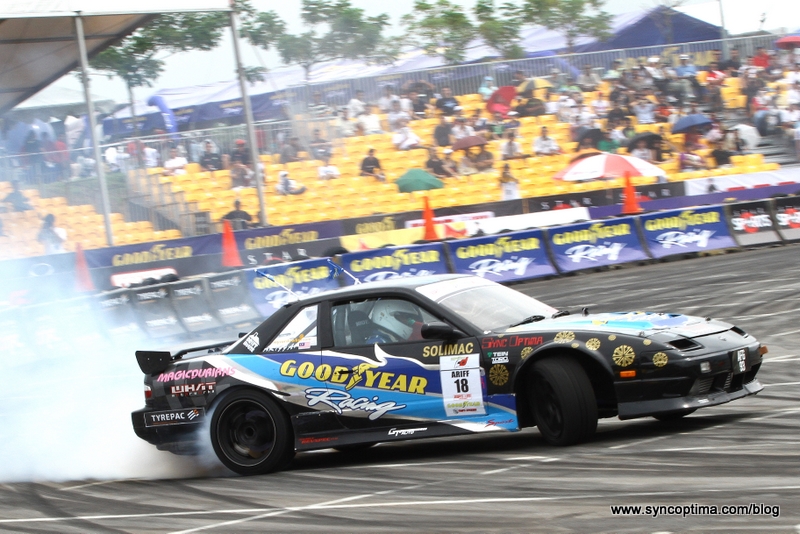 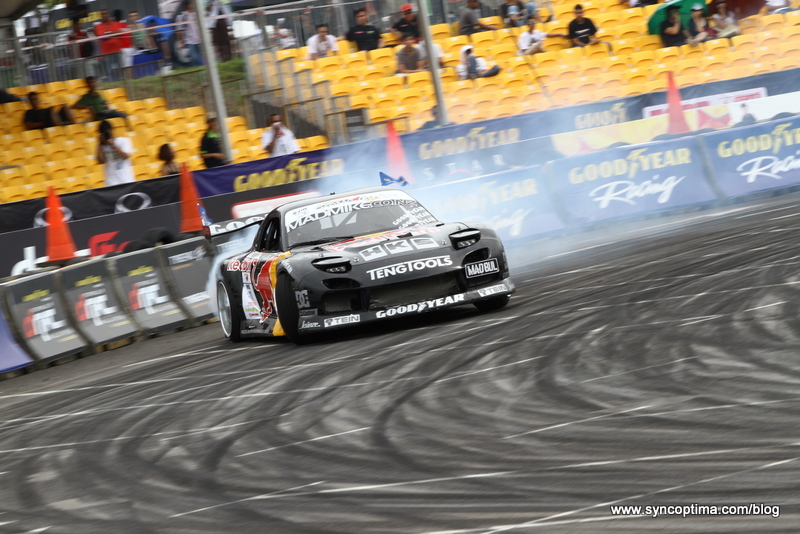 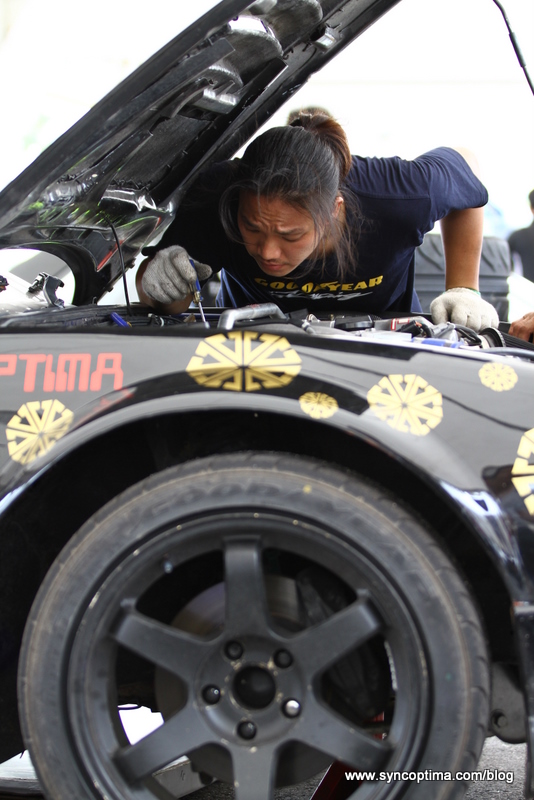 Cheng fixing the leak once again.

As predicted it rained 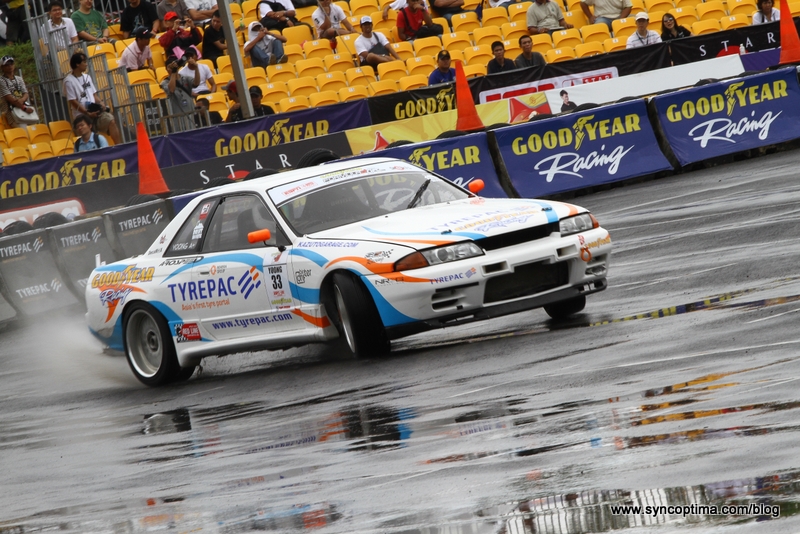 Yoong did a good run 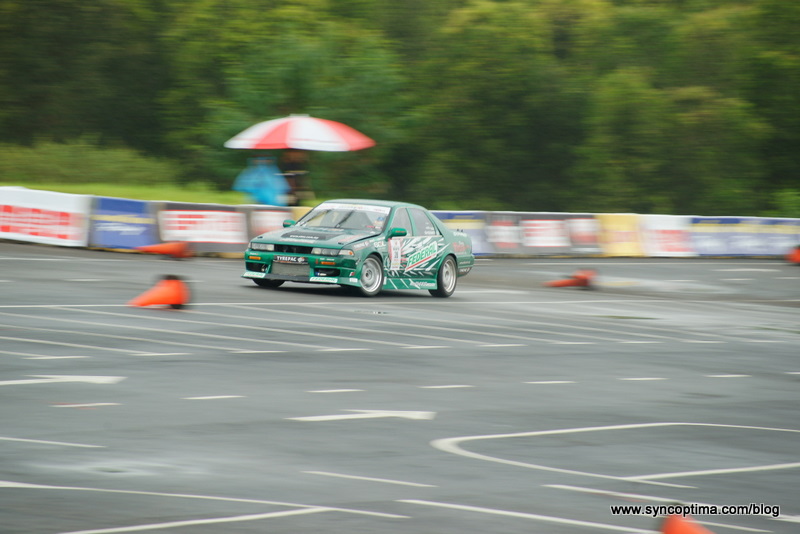 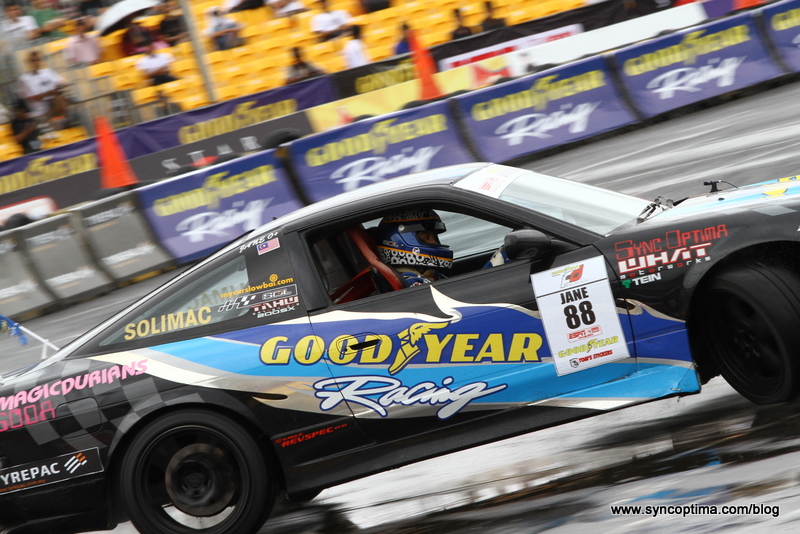 Unfortunately, nerves got the better of Jane. She straighten on her first run and spun on her second inspite of doing so well during practice 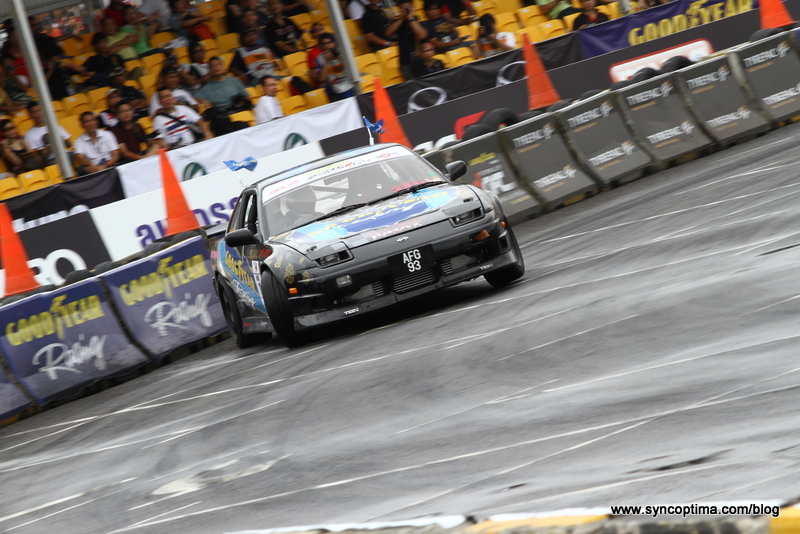 I managed a good run and was placed third at the 1st round of qualifying. Till Djan knock everyone down a spot to claim first place on the second run. I wanted to better my first run and had attempted to rub the wall with my rear bumper… 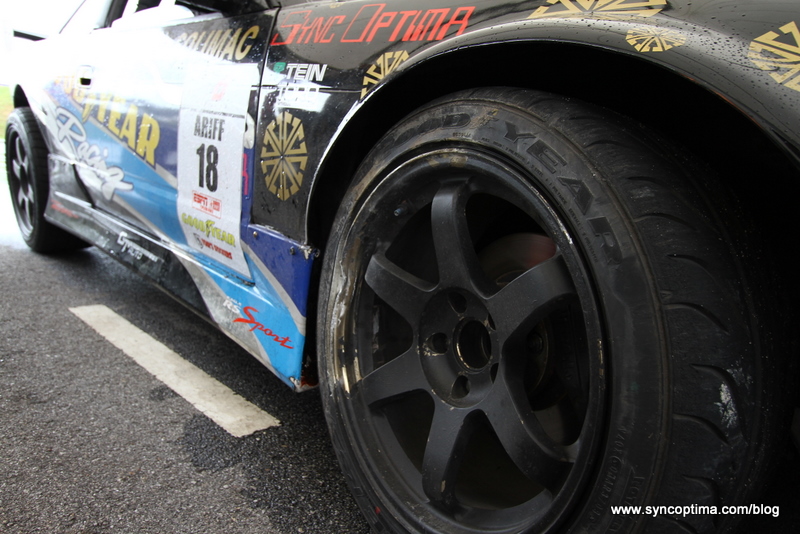 Instead I bent everything on the car 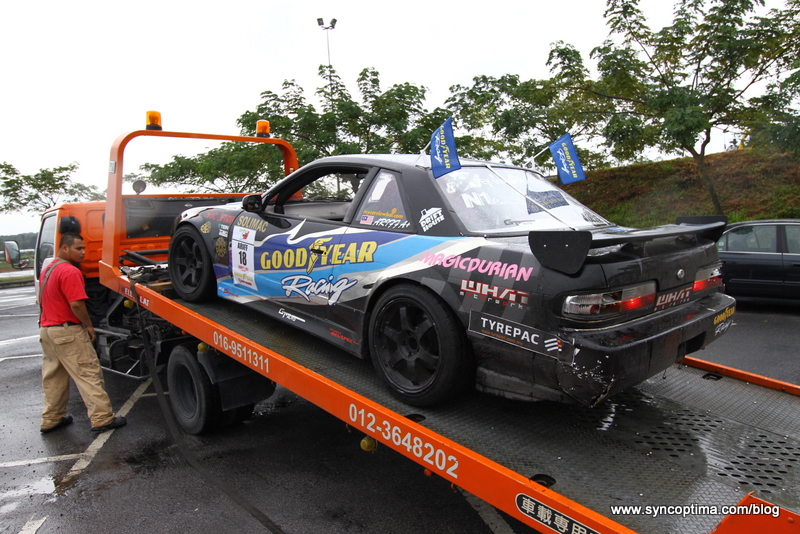 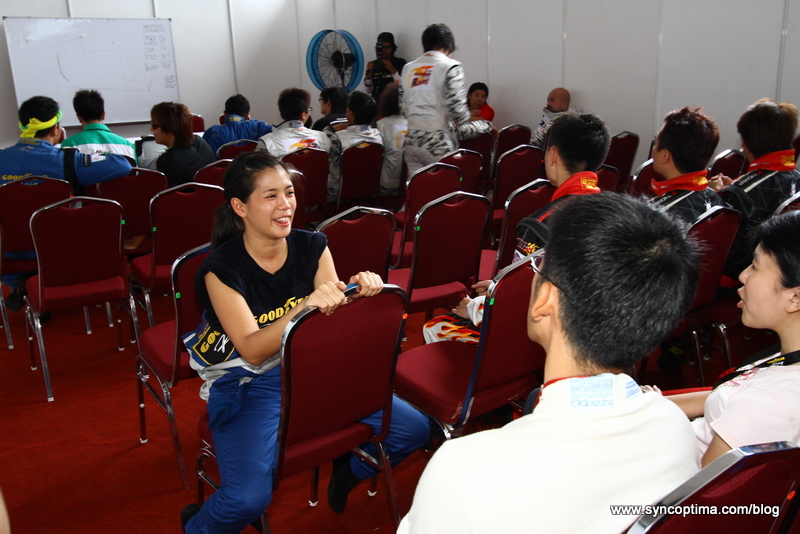 Apparently I missed the annoucements and the post qualfying interview but I had Jane to represent me so it was ok.. 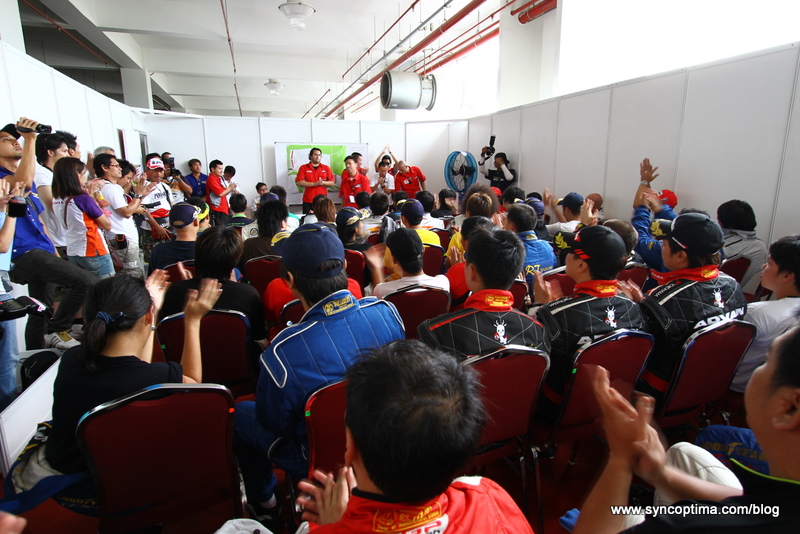